Articles
Liz Hund is a former TPG writer, covering everything from the latest deal to deeper guides with a focus on beginners.
Follow
Dec. 20, 2019
•
6 min read 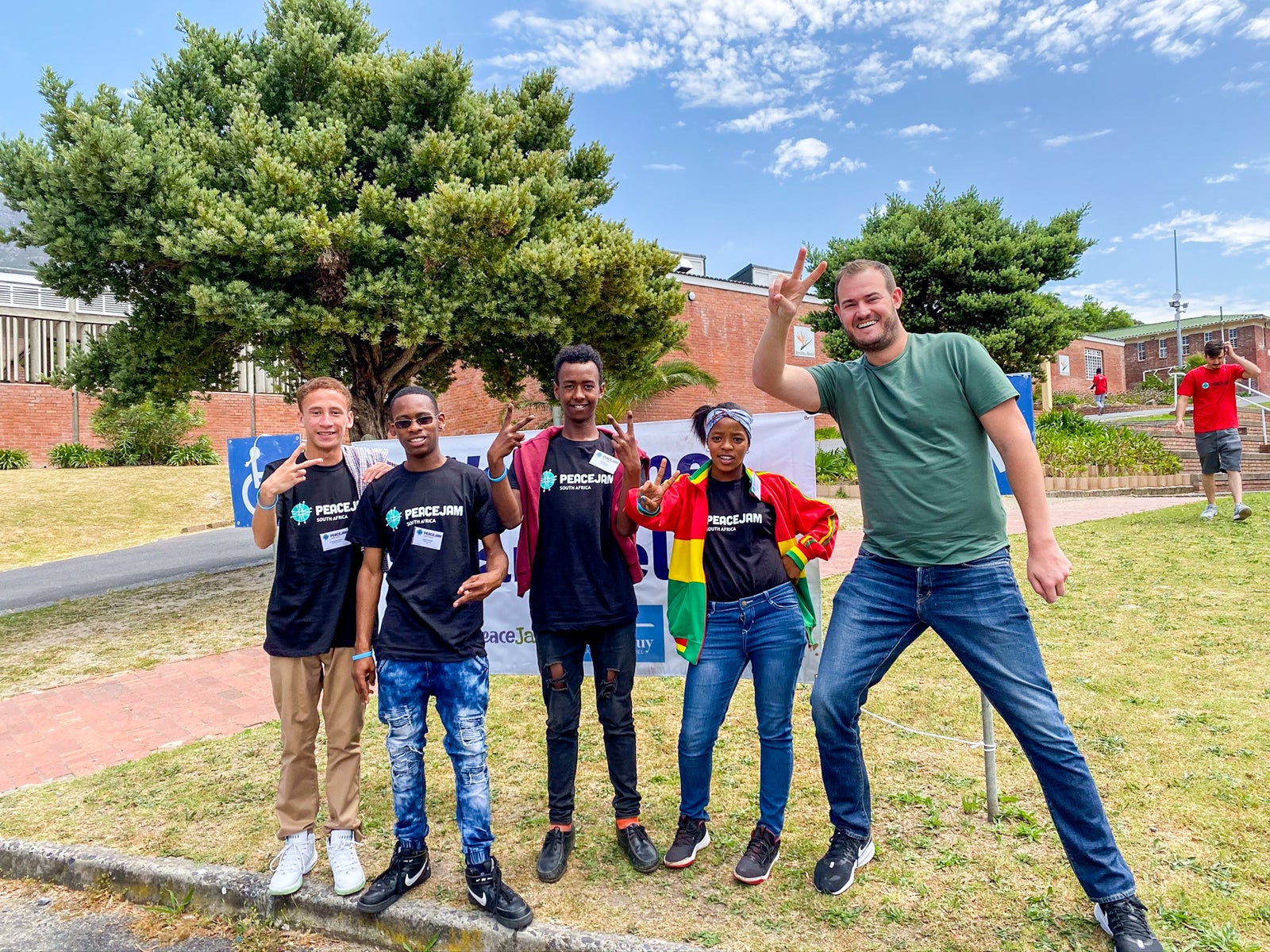 It's been a great year for TPG. In 2019, we doubled in size and moved to a new office in New York City. We've also been able to use our passion for travel and points and miles not only to help our readers but also to help people and organizations in need around the globe.

Our efforts at have paid off. TPG raised and donated more than $920,208 for a variety of organizations. This wouldn't have been possible without help from our generous and loyal readers, so thank you for making this another special year and helping TPG help others.

Before we jump into 2020, let's take a look at all the ways TPG and our readers gave back this year.

PeaceJam is a nonprofit organization that TPG has been working with since 2014. Its mission is to foster young leaders committed to positive change in themselves, their communities and the world.

The organization inspires young people with messages from Nobel Peace Prize laureates who use their spirit, skills and wisdom to create educational programs for youth around the world.

This year, TPG himself and other TPG staffers got a glimpse of the organization's impact on trips to Guatemala, South Africa and Liberia.

In many countries, lesbian, gay, bisexual and trans-identified people still live in fear for their freedom, their safety and their lives. They have nowhere to turn because the government and police don’t protect them and instead persecute them. Rainbow Railroad helps these people get out of danger to a safe place far from state-enabled violence and murder.

This year, TPG himself shared his own coming-out story and invited friends from the community to share their own stories. TPG also launched a Prizeo campaign with Chase around World Pride, which raised $124,000. This enabled TPG to move 16 people to safety.

This year we partnered with United and its Miles on a Mission program to announce a match of up to 10 million miles. Through our collaboration,we raised 12,402,996 miles for eight organizations. Among those organizations were Rainbow Railroad, for which we raised 719,380 miles, and PeaceJam, 780,939 miles.

In 2019, we hosted two Prizeo campaigns with partners. These campaigns allowed us to engage our readers with our charitable partners in a unique way.

We partnered with JetBlue in the spring and raised over $60,000 for The Kelly Gang — an organization that serves students of all faiths who have demonstrated the potential and motivation to achieve success. JetBlue contributed a million TrueBlue points as the grand prize for our giveaway, which was awarded to a TPG reader.

Over the summer, we also partnered with Chase and raised over $113,000 for Rainbow Railroad. To celebrate, we had an airline-themed float at World Pride in NYC, where TPG readers were able to march with us by donating to the campaign. The grand prize winner was gifted one million Chase Ultimate Rewards miles to put toward the trip of a lifetime planned by TPG himself.

Heritage of Pride is the organization responsible for planning and producing NYC's official LGBTQIA+ pride events each year. The events commemorate the Stonewall Riots of 1969, which marked the beginning of the modern gay rights movement. To secure our spot in the World Pride parade, TPG donated $35,000 to the group.

The International Society of Women Airline Pilots (ISWAP) is dedicated to scholarship, mentoring and camaraderie to promote women in aviation who are or want to become airline pilots.

TPG donated $50,000 to ISWAP in honor of the TPG Awards Hero recipient, Beverly Bass. Bass was the third woman hired as a pilot by American Airlines and later became the first female captain for American.

Here at TPG, we are thankful for our ability to give back and for our generous readers who have contributed throughout the year. If there’s an organization you think would be a great fit for TPG, let us know.

Featured image by (Photo by The Points Guy Staff)