Grounded: What life is like for the world’s most frequent flyer 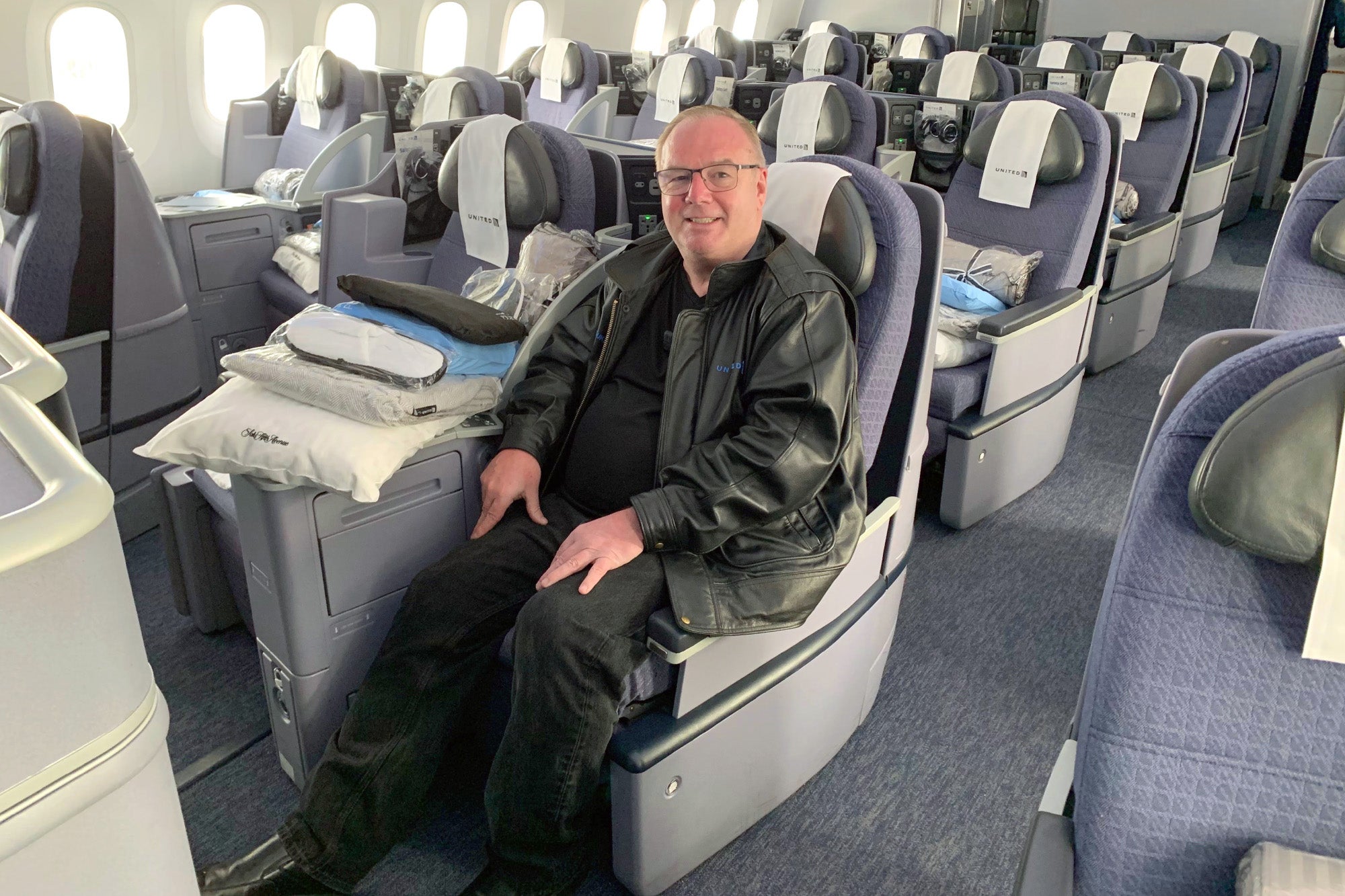 Grounded: What life is like for the world’s most frequent flyer
This post contains references to products from one or more of our advertisers. We may receive compensation when you click on links to those products. Terms apply to the offers listed on this page. For an explanation of our Advertising Policy, visit this page.

Hitting a million miles flown is a big deal, especially on United Airlines. With some airlines, you'll earn elite perks for life. In the case of United, you even get to share your current status with someone special, giving them the benefits of elite status without the hustle and spend. Perks increase the more you fly, with United lifetime elites earning Platinum status at 2 million miles, Premier 1K at 3 million, and Global Services for life at 4 million miles flown.

Tom Stuker passed that four-million-mile mark many years ago. In fact, he was just about to hit 22 million — before he had to cancel his celebratory trip to Australia, due to COVID-19. Now, the world's most frequent flyer is sitting out quarantine in New Jersey, where he's already beginning to adjust to life on the ground, eating three meals a day at home, rather than on an airplane.

I had a chance to chat with Tom this week — we talked about canceled trips, some "secrets" he plans to reveal in a new book, and what life is like right now.

Where are you sitting out quarantine?

At home in New Jersey. It's the first time I've been at home for two weeks in 45 years. It's like a bucket list [item] — it's like a "before I die I'd like to spend two weeks at home" type of thing. One of these days I've gotta stay at home and get some of these projects done that we've been talking about for years and years, like cleaning out the closets, and cleaning out the garage. My wife's a teacher so she's on the computer a lot during the school day, but I'm having breakfast, lunch and dinner with [her].

What was your last flight? What was that experience like?

My last trip was Frankfurt to Newark, in mid-March. The last week I was flying, I could see, flight by flight, business class was a third full, and there were fewer and fewer people on each flight. The following flight would have been my 22 million flight, so trust me, I really wanted to go on that flight, to Australia.

You've mentioned in the past that the United agents you work with are like family to you. Have they been in touch? How's everyone doing?

I still keep in touch with a lot of my United family. I email them, I communicate back and forth with them on Facebook. It's tough on everybody, but those friendships are deeper than just a a couple flights and check-in. I still chat with a lot of people on the reservations lines. I still have some reservations out there I'm pushing out.

What do you think United will do about frequent flyer status?

I think United, so far, says we're going to leave everything alone for now. If I was United, from a business standpoint, I wouldn't say whatever your status is, you're guaranteed to have that status in 2021. I think United's waiting to see when the green light is back on, for people to fly, and then I think they'll incentivize and reward the people that jump back on airplanes with United. Not just, we'll give you the status whether you fly this year or not. I think they're going to aggressively reward people who come back to flying. But the majority rules in the airline industry; if two out of three go a direction, the third one's gonna follow as well. It's always gonna be that way.

When are you thinking of getting back on the road?

What are you doing until then?

Two things. I'm going to go on a public speaking circuit, so I have to finish my perfect 45-minute speech. And I think this is the year I write the book. It's gonna be about 22 million miles from home — the life and travels of the world's most-traveled man. I want to talk about all my experiences flying, the journeys, the relationships, the experiences I've gone through. I'm gonna tell a lot of secrets in the thing, a lot to things people don't know.

Have you been looking back at a lot of pictures from your adventures?

My wife and I have over 30 or 40 complete albums. The other night we went through literally... we've taken at least 100 honeymoons together. And I mean the trip of a lifetime. I've done about 100 of them over the last 20 years. We've reminisced about all the places we've been to, all the memories we shared, all the people we met. The thing I really enjoyed in the last two weeks is the simple things. She's teaching me how to cook. We're sharing the meal experience rather than eating on a plane or eating at a restaurant, which I've done the majority of my life. I've talked to more of my friends and relatives in the last two weeks than I have in the last two years. It's so good to connect with people, because poof, before you know it, you're 66 years old. I hope to live to 100, and drive the people at United crazy for another 30 years.

What are your tips for anyone who still has to fly right now? Anything they can do in particular to stay safe?

I would feel 100% completely safe on a flight with United right now. My biggest concern is from here to the airplane, and from the airplane back home. Flying, I would be 100% comfortable knowing how the crews are keeping it safe, how United's keeping it safe. All my life I've always sat in row 1. My whole life — that's my seat, in row 1. If I were flying right now, I'd be in the last row of business class. Nobody coughs backwards. I wouldn't be paranoid about wiping down my seat, although I would around the head area, since that's the only part of the seat I touch. I'd probably wipe off the seat in front of me - if I have to get up to go to the bathroom, and they have the seat back, I have to hold onto the seat to get up. I might even wear disposable gloves, because I don't know if I have enough sanitizer to wipe everything off 100% of the time.

How do you think coronavirus will change how you travel this year?

April's gonna be the toughest month we've ever gone through. About a third of the cases are within 100 miles of my house. It's unbelievable. I'm counting on going to Mexico for Memorial Day. I'm hoping to. If the flights are there, and the hotel's open, and I take the necessary precautions — the place I go to in Mexico is a private villa, and I would self-quarantine. I have 100% confidence in the resort we go to, and I know they will take every necessary precaution to maintain the wellness of their customers. On the plane, I'm not worried about it. Depending on what's going on, I might wear a mask. I'm going to listen to the experts.

What other trips are you looking forward to after we're able to fly again?

As soon as Australia opens the borders, and there's straggler flights back to Australia, I'm on that flight. I was really looking forward to two cruises, but I canceled both cruises for obvious reasons. Every day there's a ship stuck and nobody wants them. The cruise line I'd go back on is Crystal. It's the best cruise line in the world, and they'd do everything to make it the safest ship. I'd rebook them for later in the summer, if the green light comes up. And the resort we go to in Mexico — we've been there 10 times and it's like a second home to us. Another second home is in Hawaii. We love going to Hawaii, mostly Oahu because her brother lives there. I love Australia, because I have work there, and so many great friends. We were looking forward to going to Italy this year, but that's pushed back indefinitely. We're starting to think a lot more domestically this year, to go see friends and relatives we haven't seen in a long time. I'm always going to every corner of the world, but I'm thinking there's no place like home.