Articles
Ethan Steinberg has been a frequent flier for as long as he can remember. He went from studying abroad in Paris to moving to Shanghai after graduating college, where he covered all things travel in the Asia-Pacific region for TPG.
Jan. 23, 2020
•
7 min read 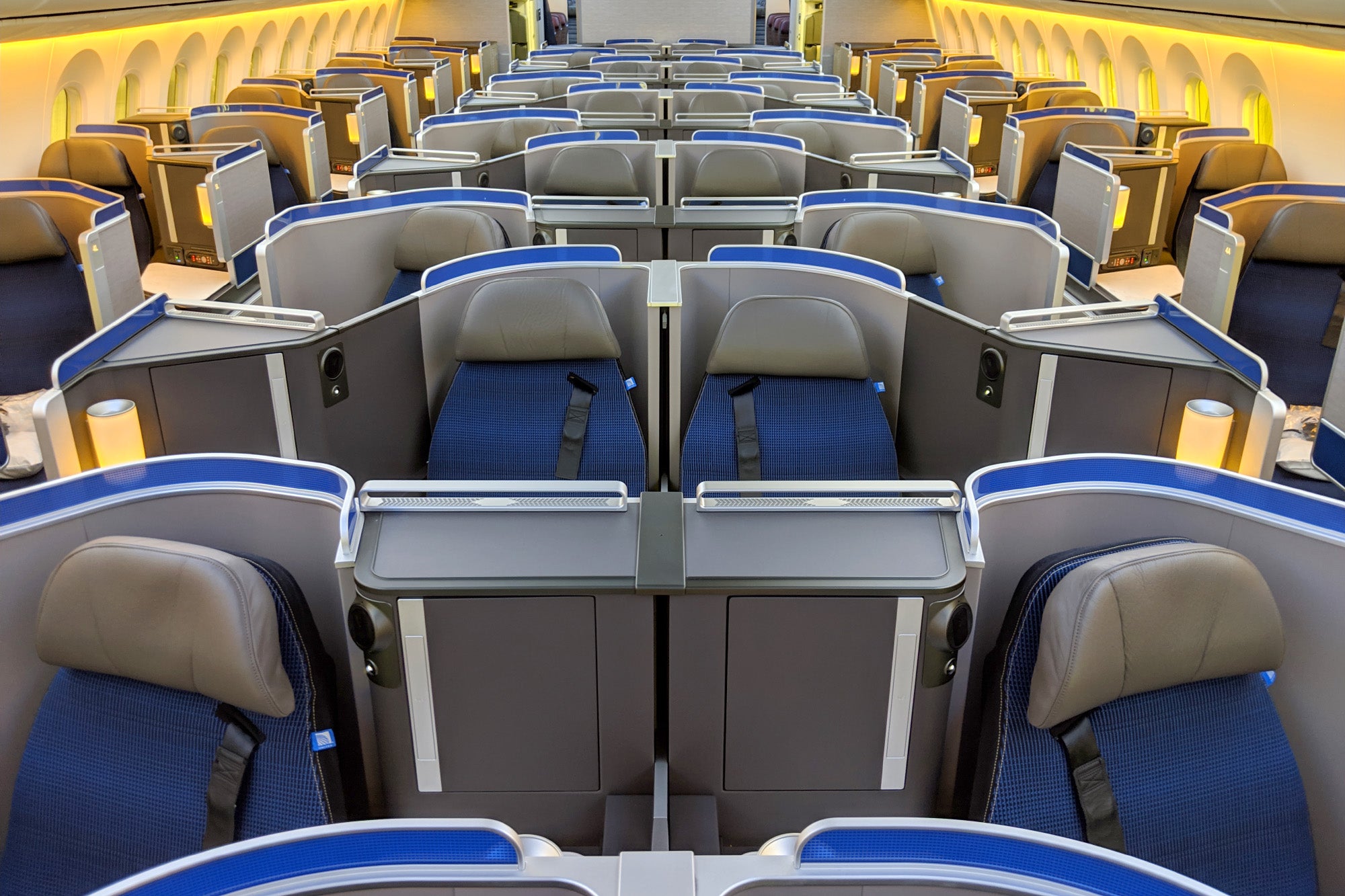 Editor’s note: This post has been updated with current information. It was originally published on April 4, 2019.

Most people will never fly a million miles in their entire lives, but when it comes to lifetime airline elite status, United has a huge edge in the advertising department. That's because the carrier can claim Tom Stuker, the world's most frequent flyer (with over 21 million miles to date), as one of its own. And if Tom can do it, there's no reason any one of us can't aspire to earn Million Miler status and lock in United Premier elite status for life.

TPG has three United Million Milers in its ranks: Editor-at-Large Zach Honig is a longtime United flyer, Cruise and Travel Senior Reporter Gene Sloan has flown over 1.1 million miles with the carrier and contributor Brian Biros did it without even holding United elite status.

If you're hoping to follow in their footsteps, you've come to the right place, as today we'll take a look at the ins and outs of United's Million Miler program.

Your United Million Miler balance is not the same as your award miles, nor is it simply your lifetime Premier Qualifying Miles or PQMs, a metric United did away with this year when it switched to revenue-based elite qualification and Premier Qualifying Points (PQPs). Instead, it's an entirely different number: the number of flight miles you've taken on paid flights operated by United or United Express over your lifetime. This means that award tickets don't count towards Million Miler status, nor do extra PQMs you previously earned on paid premium-class tickets. Unfortunately, neither do partner flights. Even if you're flying on United, you'll want to make sure your ticket is issued by United if you want to receive Million Miler credit.

With all of these rules and restrictions out of the way, here's how you'd earn lifetime elite status with United:

This chart is significantly more generous than what American and Delta offer. Both those carriers give you the lowest possible tier of elite status for your first million miles, whereas United bumps you up to its mid-tier Gold status. This will get you free preferred/Economy Plus seats at the time of booking, a 60% mileage bonus (8x per dollar) and perhaps most importantly, Star Alliance Gold status, which gives you access to many lounges both internationally and within the U.S.

Then, for each additional million miles you fly, you'll boost your status. This starts with lifetime Premier Platinum at two million miles, and when you surpass three million flight miles, you'll lock in a lifetime of United's top published tier: Premier 1K. Finally, if you can manage to hit four million, you'll snag Global Services status, United's invitation-only exclusive status level designed to benefit its biggest spending clients. Reports indicate that getting an invite to this tier normally requires around $50,000 of annual spending, and flying four million miles with United is actually the only published way to earn this tier. Global Services members get some really cool benefits, including the ability to create new award inventory, a special upgrade fare class reserved for them and the occasional Mercedes-Benz tarmac transfer.

Related: The ultimate guide to getting upgraded on United Airlines

To sweeten this program even further, United allows Million Milers to designate an annual companion to share their current Premier status, meaning your spouse or kid can share in the luxury of your elite status (note that this is restricted to a spouse, significant other or individual with your same address). For example, if you've reached two million miles to earn lifetime Premier Platinum but currently hold Premier 1K status, you can designate your spouse to also enjoy 1K. (Complete details on this perk are available on United's Million Miler page.)

Keep in mind too that United's lifetime status program crosses over to hotels as well. Once you hit one million miles, you'll also gain access to a lifetime of Marriott Gold Elite status through the RewardsPlus partnership. Even if you only spend a handful of nights per year in Marriott properties, you'll still enjoy the bonus points, room upgrades and welcome amenities that Gold status provides.

Related: What is Marriott Bonvoy elite status worth?

To check your progress toward United Million Miler status, login to your MileagePlus account and navigate to your account page. From there, click on View Premier status tracker. Alternatively, you can simply visit the status tracker page directly and login right from there.

With United limiting Million Miler activity to only revenue tickets on United-marketed and operated flights, flying one million miles (let alone four) is not an easy feat. If you're a top-tier, Premier 1K elite flying 100,000 miles a year, it would still take you a decade to hit one million miles.

That said, if you travel frequently enough that this is a possibility, United's program might be worth pursuing. A lifetime of Star Alliance Gold benefits can add a lot of value for an international traveler, and the ability to gift companion status each year can really take your family vacations to the next level.

Just remember that this is a marathon, not a sprint, and the possibility of a reward 10+ years down the road is probably not a good enough reason by itself to devote your loyalty to United today. Remember that these benefits can change at any time, and there are many other factors that should come into play when choosing a primary carrier. Does it route network fit your typical travel patterns? Do you get value out of using the miles? United does offer a significantly better Million Miler program than its legacy airline competitors, but that should be just one aspect of your decision-making process.

If you're a very frequent United flyer, you might want to check your Million Miler balance and see where you are. While I wouldn't recommend trying to "mileage run" your way to this time and cost intensive status, if you find yourself close to a million miles (or two or three) it might be worth squeezing in an extra trip on United to bump your status to the next rung.

Featured image by Photo by Zach Honig / The Points Guy