These Are the Top 10 US Airports for Pets

Articles
Danielle Vito As Social Media Producer, Danielle manages TPG's social platforms and writes travel content for the website. She is most likely planning her next Insta-worthy adventure as we speak.
Follow
Nov. 16, 2018
•
5 min read 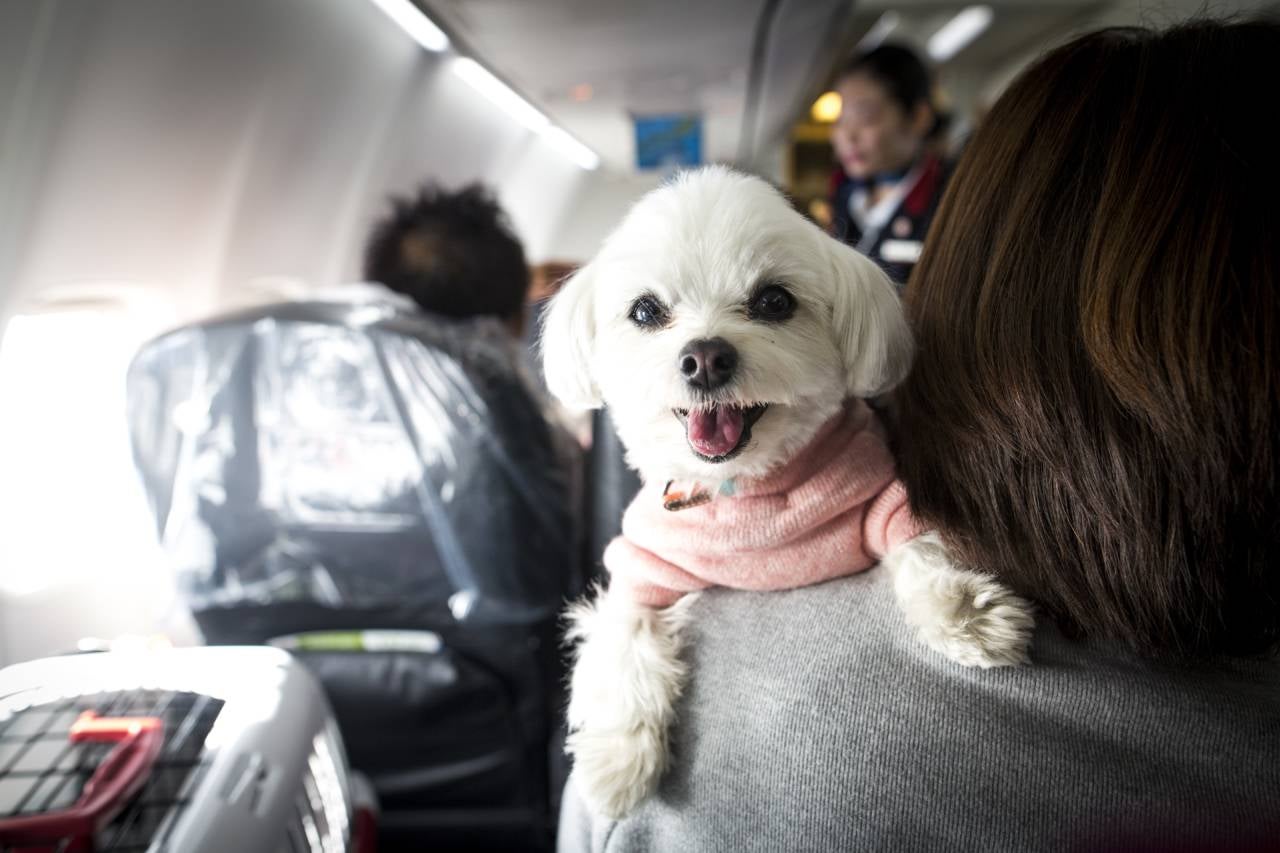 These Are the Top 10 US Airports for Pets
This post contains references to products from one or more of our advertisers. We may receive compensation when you click on links to those products. Terms apply to the offers listed on this page. For an explanation of our Advertising Policy, visit this page.

These airports are going to the dogs, but in this case, that isn't a bad thing. A new study analyzed airports across the country to find which were the very best for our four-legged friends. Since airports carrying 10,000 passengers or more are required to provide service animal relief areas in every terminal, the survey put an emphasis on the quality of pet relief areas and amenities, rather than the quantity.

To calculate the top 10 rankings, airports were awarded a maximum of 5 points on the quality of indoor relief areas and 4.5 points on the quality of other pet-friendly amenities (like fully-fenced in dog parks with real grass, water fountains and running space.) The final half point was awarded to airports that offered onsite boarding or daycare facilities. Scores ranged from one perfect 10 to more than 75 airports with a whopping total score of zero — the exact opposite of pet-friendly. Airports with a zero simply had a pre-security pet relief option, with most offering a patch of rocks.

10. Dallas/Ft. Worth International Airport (DFW) 6.75 Points
DFW has multiple pre-security designated pet relief areas and four pet relief areas past security. The airport has a Paradise 4 Paws on-site pet resort, which offers around the clock boarding services for travelers who need a sitter.9. Denver International Airport (DEN) 7 PointsDenver is also home to a Paradise 4 Paws pet resort, offering a 25,000 square foot 24-hour facility. If you plan to bring your pup along for the journey, once past security, your dog could use one of the pet relief rooms that are located in the centers of concourses A, B and C. The relief areas feature a turf flooring with a drainage system and an artificial rock.8. Dallas Love Field Airport (DAL) 7.25 Points
Dallas Love Field has its very own pet park located right outside of baggage claim. The fenced-in space is large enough for a pooch to run, play and get some exercise before heading out on a flight. The airport also has a smaller pet relief area past security.7. Reno-Tahoe International Airport (RNO) 7.5 Points
RNO has two fully fenced, outdoor "Bark Parks" that includes running water, fire hydrants, canopies for inclement weather, and mutt mitts to clean up after the canines. After security, pups could use the indoor pet relief area on the second floor of the terminal.6. Austin-Bergstrom International Airport (AUS) 7.75 Points

Austin-Bergstrom has a pre-security, landscaped and lighted "Dog Walk" that features a pet drinking fountain. Complimentary waste pick-up bags are available for puppy parents for a quick clean-up. Inside the airport, there is a pet relief area on the outdoor patio post-security.

5. Minneapolis St. Paul International Airport (MSP) 8.25 PointsMinneapolis' airport offers two outdoor areas pre-security and one post-security indoor pet area in both Terminal 1 and 2. The indoor areas have faux grass, a fire hydrant, and a sink. Animal Humane Society affiliate, Now Boarding, is located on site and proves boarding, training and grooming services for your pet. The company will even pick you up from the terminal.4. Los Angeles International Aiport (LAX) 8.5 PointsLAX has more pet relief stations than any other US airport. There are eight post-security stations scattered through each of the terminals, in addition to the three stations outside the airport doors. If you're going to fly with your pet, LAX has you covered.

3. Sky Harbor International Airport (PHX) 9 Points
Sky Harbor has six fully-gated areas, know as "Paw Pads," outside Terminals 2, 3 and 4. Post-security, there are three spots inside the airport for pets to use the potty.

2. Hartsfield-Jackson Atlanta International Airport (ATL) 9.5 Points
Before passing through the metal detectors, travelers with tails could take care of their business at ATL's 1,000-square-foot dog park. ATL is one of the most accommodating airports, with relief areas in every concourse. If you don't plan on bringing Fido, pets can be dropped off at Pet Paradise, ATL's onsite boarding facility.

1. John F. Kennedy International Airport (JFK) 10 Points
JFK took the No. 1 spot with the perfect score of 10 out of 10. JFK's pet relief stations put the typical tiny patches of fake grass to shame. Terminal 5 is home to the T5 Rooftop, a post-security outdoor patio located across from Gate 28. The patio is even an appreciable spot for travelers without canine companions to grab some fresh air before spending hours stuck in a metal tube. Additionally, Terminal 8 has a 1,000 square-foot patch of natural grass before security and one relief area post-security. A post-security pet bathroom with artificial grass with built-in drainage, a replica fire hydrant, and sink could be found at Terminal 4.

At least JFK can say its the best at something, considering the airport came in dead last on TPG's ranking of the best airports of 2018.