These are the scariest airports in the world

Articles
Katherine Fan is a former senior travel features reporter at The Points Guy who covered everything from personal finance to travel and aviation.
Oct. 31, 2019
•
9 min read 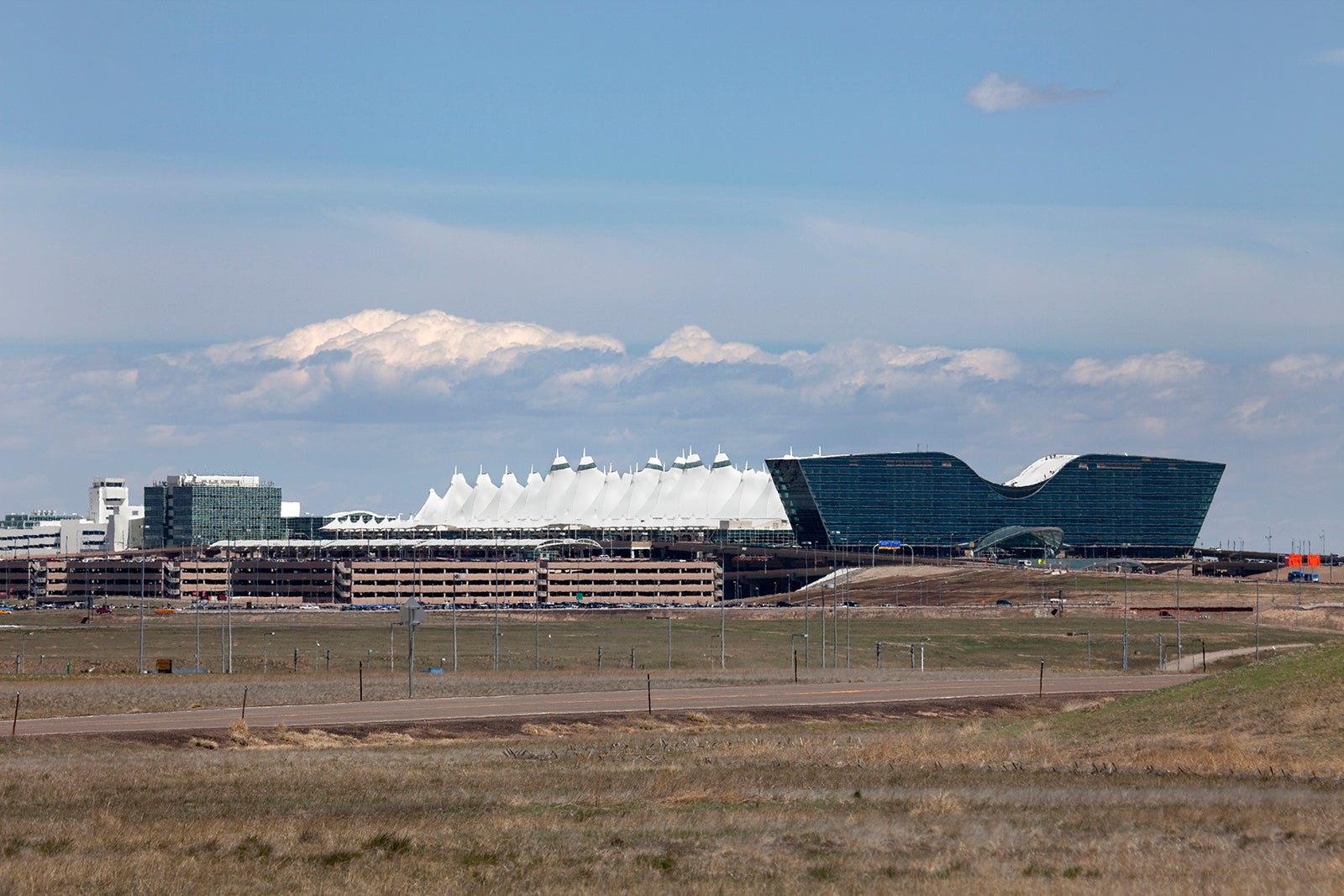 These are the scariest airports in the world
This post contains references to products from one or more of our advertisers. We may receive compensation when you click on links to those products. Terms apply to the offers listed on this page. For an explanation of our Advertising Policy, visit this page.

Every day, hundreds of people fly over the graves of Richard and Catherine Dotson.

This isn't a euphemism. The airport in Savannah, Georgia, has not one but two graves embedded in it. The former owners of the land upon which Savannah/Hilton Head International Airport is built are now resting under runway 10/28. The airport doesn't hide it at all: The graves are very visible to passengers and pilots, and the airport's site features their image.

In 1942 during World War II, the U.S. government negotiated with the city of Savannah to acquire some land to use toward expanding military operations. Part of the acreage designated for the Army Air Corps facilities included the Dotson clan's private family cemetery, which purportedly contained more than a hundred graves.

After some negotiation, all but four of the Dotson ancestors were relocated to Bonaventure Cemetery in Savannah, according to the airport's website. But Richard and Catherine's great-grandchildren were adamant that the patriarch and matriarch of the family should stay where they were, on the family farm known as Cherokee Hills back in the 1800s.

The government agreed, and runway 10/28 — numbered for its East/West orientiation — was built around the two graves. Two other relatives, Daniel Hueston and John Dotson, also remain buried in their original graves just a few feet away, beside the airport’s most active runway. Their living descendants are permitted to visit the graves under airport escort, although they cannot leave flowers at the sitem for safety reasons. And every now and then when air traffic is slow, controllers have been known to offer pilots the opportunity to taxi by the graves, sometimes even switching to a second frequency for an audio graveyard tour, the South Carolina newspaper The State said.

The Dotson graves sit toward the edge of the runway, and do not directly touch planes taking off or landing. Richard's tombstone reads, "At rest," while Catherine's says, "Gone home to rest" — a fitting message for travelers passing overhead. But urban legend has it that pilots landing into Savannah on runway 10/28 near sunset have seen two figures standing toward the north end of the runway.

And even more mysteriously, an airport executive told The Savannah Morning News that back when the runway was extended during World War II, workers discovered that the markers were the only remaining parts of the graves.

The Dotsons' whereabouts may be a mystery, but Savannah is far from being the only airport with a haunting history.

The most famous is perhaps Denver International Airport, often called one of the most haunted airports in the world, and is similarly constructed on former burial ground, belonging to local Native Americans. The airport is also the hub o of many conspiracy theories, like secret bunkers that house aliens and many more. The giant blue sculpture of a stallion with piercing red eyes outside the airport contributes to the weirdness, as does the (verified) fact that it killed its creator in a freak accident in 2006.

In any case, it doesn't take a conspiracy theorist to be weirded out by the gargoyles that watch over travelers collecting bags at baggage claim.

People have reported seeing the ghosts of plane-crash victims near Chicago O'Hare International Airport, where American Airlines Flight 191 crashed mere minutes after takeoff on May 25, 1979, killing all on board as a result of engine failure. According to the Aircraft Owners and Pilots Association (AOPA), residents of a trailer park near the crash site have claimed that apparitions have come to their doors seeking lost luggage, while one young man has allegedly been seen using a pay phone.

AOPA has stories to share about many other haunted airports: ghostly figures have been spotted in, near or around the Honolulu Airport; Duluth International Airport, Minnesota; New Century Aircenter Airport, a naval air station located in Olathe, Kansas, that was in operation during World War II; historic Chandler Airport in Fresno, California; and at the Kansas Aviation Museum, located in the original pre-WWII terminal of Wichita National Airport.

The spirits of World War II pilots live strong in their AvGeekiness, as evidenced by the many mentions of the era. And for sheer AvGeek-haunting, there's no destination scarier than Davis-Monthan Air Force Base in Arizona, the final resting place for thousands of decommissioned military aircraft.

Pilots and patriarchs aren't the only apparitions lurking around airports. Ghosts! They're just like us, milling about aimlessly. Halfway around the world, airport workers have spotted ghostly passengers deplaning from nonexistent aircraft. In this era of social media and smartphones, you can take a look at the video for yourself and form your own conclusions.

Even without apparitions, abandoned airports can be eerie. Turkey invaded Cyprus in 1974, bombing the Nicosia International Airport out of functionality that summer. The modern-day sight of the abandoned waiting area is haunting in its relative normalcy even 45 years later.

Meanwhile, Berlin's decommissioned Tempelhof Airport is eerie for another reason: its sobering legacy. The land belonged to the Knights Templar back in medieval days, and the massive building still retains much of the original architecture designed by the Nazis during World War II.

Hong Kong used to boast yet another type of scary airport: The notoriously challenging Kai Tak airport, which ceased operations in 1998. Kai Tak was legendary for one of the most difficult landings in the world, combining a "fiendishly difficult" approach to a short runway located in the center of Kowloon Bay and bookended by mountains, amidst skyscraper buildings peppering one of the world's most densely populated cities. Throw in some strong winds gusting across the harbor, and it makes sense that landing in Hong Kong was colloquially called the "Kai Tak Heart Attack" for many years.

There was a very precise method to the landing madness: At nearly 200 miles an hour, incoming pilots would manually execute a precise 47-degree turn by banking the plane steeply at very low altitude — sometimes a mere 140 feet from the ground — in order to line up the aircraft with the runway. Once aligned, the pilot had seconds to stick the landing on the short runway, then slam the brakes hard in order to avoid ending into the Kowloon Bay.

While every single pilot successfully avoided crashing into a building during Kai Tak's 73-year history, not everyone managed to stay on land: on Nov. 4, 1993, Taiwan's China Airlines Flight 605 missed Runway 13 and landed in the sea instead — a victim of heavy rain caused by Tropical Storm Ira. While all 296 passengers and crew survived, there was one fatality: the nearly-new Boeing 747-400, which had only been in commission for a few weeks at that time.

Finally, we leave you with one closing horror: The worst airports in the United States, according to TPG's 2019 rankings. Believe it or not, none of New York's three airports made this year's bottom five: This year, Chicago Midway International Airport (MDW) took the dubious honors for inconvenience, offering little to no restaurants or amenities for lounge members and regular travelers alike, and for notoriously tardy departure and arrival times.

In decreasing order of shame, the four dishonorable mentions were all from Florida except for one: Orlando (MCO) and Fort Lauderdale-Hollywood (FLL), outlier Detroit Metropolitan Wayne County Airport (DTW) and Southwest Florida International Airport (RSW). If you've ever flown through any of these airports, you probably don't need us to tell you about the horror. Boo!

But the one thing you should not fear about airports is flying itself. Statistically speaking, commercial air travel is one of the safest possible ways to get from Point A to Point B. Pilots rigorously train for all types of outcomes including turbulence, engine failure and strong winds, while flight attendants are equally prepared to handle any kind of emergency on board, from birth to death and everything in between. So the next time you fly, save yourself the spooks: You're in good, non-ghostly hands.