See the Crazy Landings at Kai Tak, the Legendary Airport That Closed 20 Years Ago

Articles
Alberto Riva Alberto runs our flight reviews and oversees special projects across several verticals. Previously, he was the managing editor of Vice News and worked at Bloomberg and CNN, where he was constantly trying to convince people to do more stories about airplanes. He speaks Italian, French and Spanish and one day he’ll be better at German.
Follow
July 11, 2018
•
8 min read 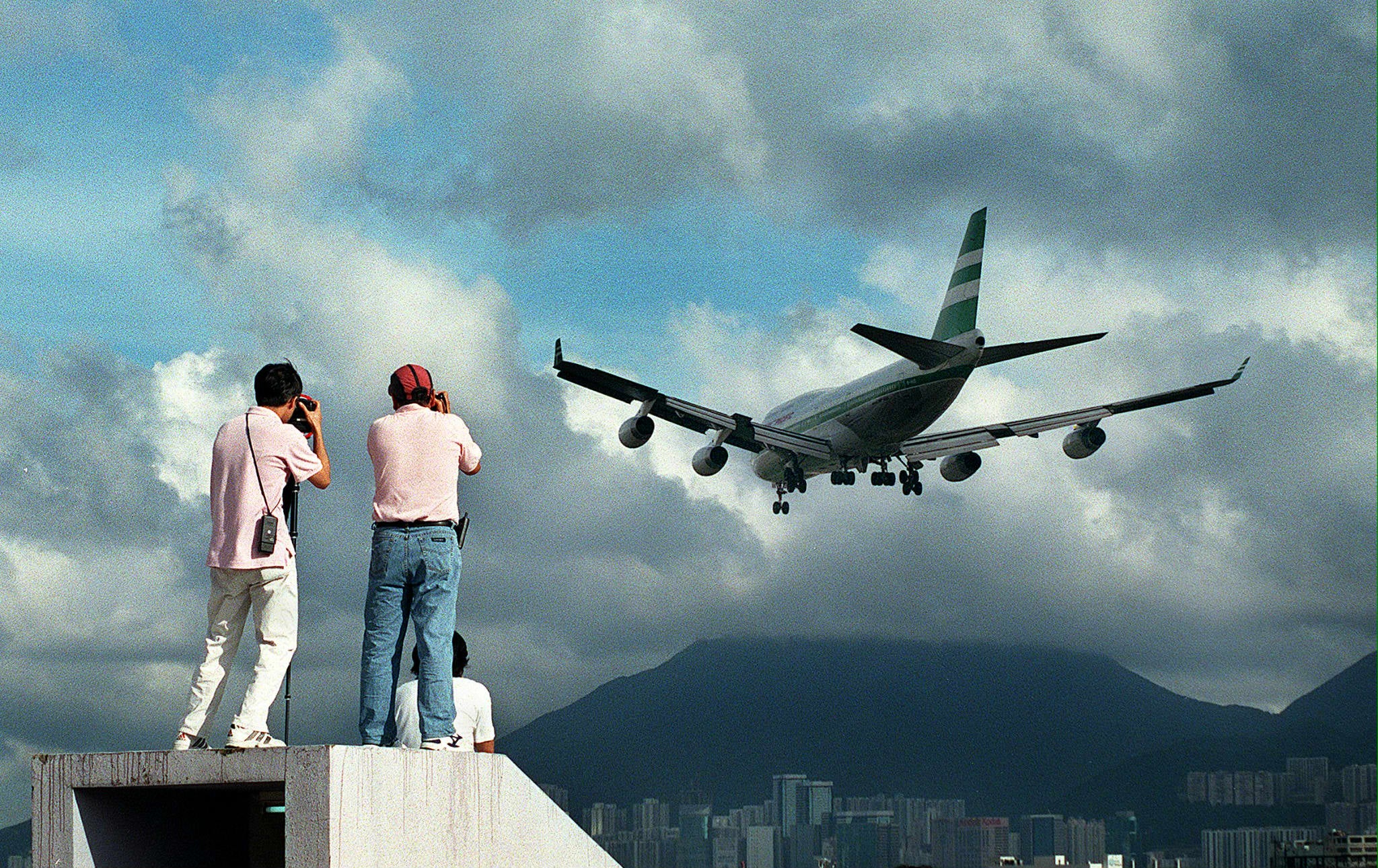 See the Crazy Landings at Kai Tak, the Legendary Airport That Closed 20 Years Ago
This post contains references to products from one or more of our advertisers. We may receive compensation when you click on links to those products. Terms apply to the offers listed on this page. For an explanation of our Advertising Policy, visit this page.

There may not be two other words that carry the same weight among aviation geeks as "Kai Tak." Speak the name of Hong Kong's old airport to anybody who fancies themselves a commercial aviation expert, and you'll inevitably hear back some version of "Oh, that landing!"

Closed in 1998 to make way for a bigger — and way easier to land at — airport, Kai Tak was famous for a fiendishly difficult approach to a runway in the middle of Kowloon Bay that forced pilots to maneuver steeply, just above the roofs of a heavily populated city, before hitting the brakes hard to avoid ending up in the water.

Think New York's notoriously tough La Guardia, surrounded by water and with short runways — but with mountains on one side, skyscrapers on the other, sometimes a typhoon to contend with, and with much bigger and heavier airplanes. The place was a haunt for AvGeeks who came to photograph 747s making the last turn to align with the runway, right over buildings housing thousands of people. (Nobody ever hit one, by the way.)

20 years ago this month, Kai Tak closed, and its operations were transferred to the new Chek Lap Kok airport that inherited its three-letter HKG code, as well as its four-letter VHHH identifier. The new airport did not inherit, though, any of the problems of the old HKG. Getting in doesn't require the same finesse while hand-flying a double-decker with 400 people in it.

Today, Kai Tak is a cruise ship terminal. Many captains who flew into it are retiring. But the images survive — taken during the last days of film photography, they are grainy look at an AvGeek wonder that went away two decades ago. Here is our visual tribute to a legendary place:

An early-model cargo 747 screeches past the aging and tatty apartment blocks of Kowloon.

The compression effect of telephoto lenses made planes appear more sandwiched between buildings than they actually were, but still, 747 landings were a scary sight.

And speaking of 747s, this one from Taiwan's China Airlines skidded off the Kai Tak runway in November 1993. Foul weather and a slippery runway caused by Tropical Storm Ira were the culprit. Amazingly, there were no fatalities among 296 passengers and crew, but the weeks-old 747-400 was scrapped.

This Airbus A300, also with China Airlines, buzzed a building surrounded by bamboo scaffolding in April, 1997, when Kai Tak was already slated to close.

Here's a shot from 1996, the golden age of the Boeing 747-400, the best-selling version of the Queen of the Skies. This one is a United jet, in the classic "Tulip" colors:

The so-called "checkerboard" turn aligned airplanes with the runway, with a steep bank at very low altitude. This had to be flown manually, whatever the weather. Here, an Alitalia MD-11 demonstrates how it's done:

After the turn, planes were on the so-called "final approach," when the plane is aligned with the runway — just like this 747-400 from home carrier Cathay Pacific. This shot was taken in June 1998, when even more people than usual gathered to watch on top of a car park.

And this is what Kai Tak looked like in 2010, on its way to becoming a cruise ship terminal able to berth the largest cruise vessels in the world.