Abandoned Airports: Your Ticket To Nowhere 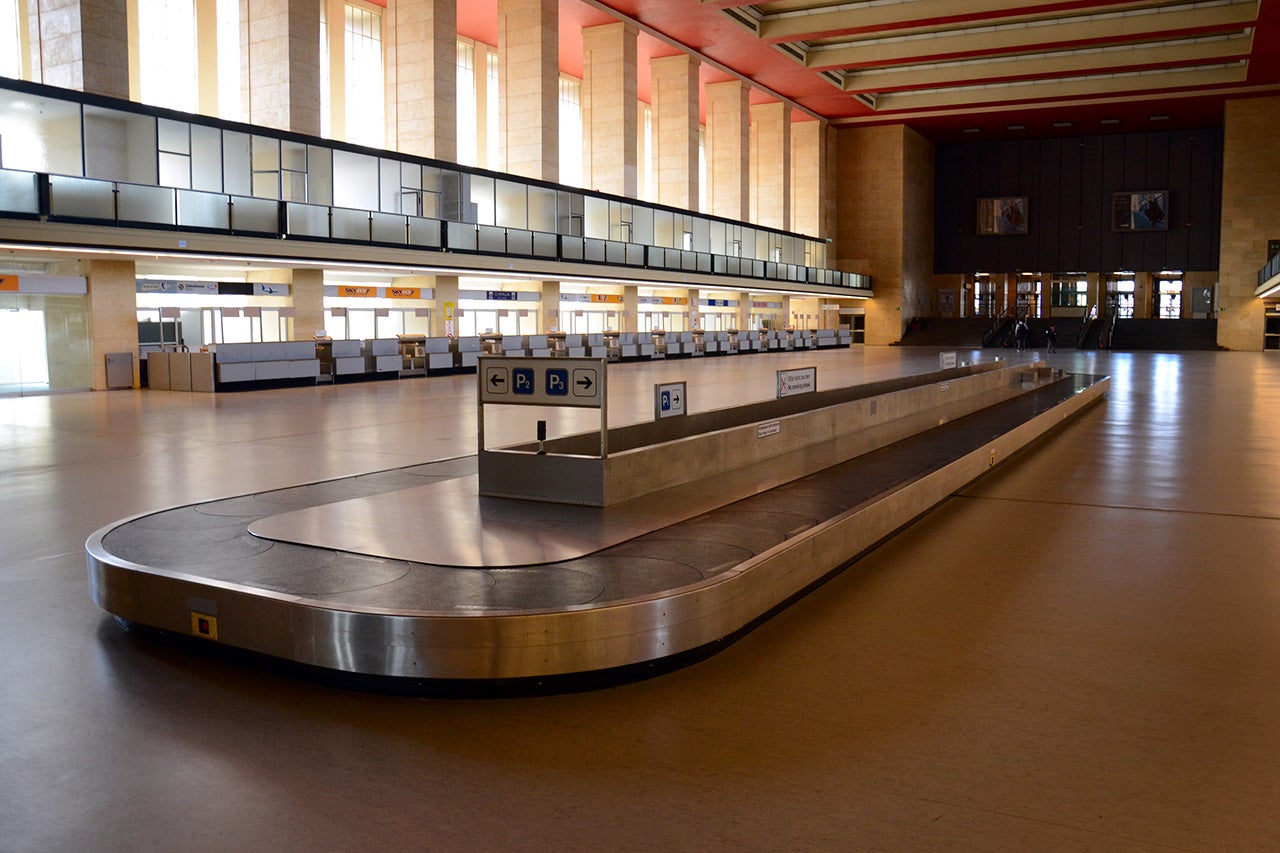 They are strange creatures, airports: Whether or not you're ensconced in a lounge, they are places that seem to exist outside of time. But in the end, they can't escape it. And when an airport bites the dust, it can look and feel almost otherworldly, like a zombie. Or something like that.

How do big hunks of concrete take such ghostly turns? Maybe there was a war or, more likely, a bigger and badder airport came along and no one got around to completely demolishing the previous one. A brief look around the world shows there are more than a few zombie airports lurking out there. Some of them, like London's Croydon, still have an air of faded glory about them. Others, like Nicosia International, are certifiably creepy: flights there have been waiting to take off since 1974.

There's a reason your international flight to Cyprus probably landed at Larnaca International Airport (LCA) on the south coast: because what should be the island's preeminent airport, Nicosia International, has been stuck in a time warp since Turkey invaded Cyprus in 1974, bombing the airport out of commission in July that year. Its modern, German-designed terminal was new in 1968. The whole site sits inland, a few miles west of the divided Cypriot capital of Nicosia (Lefkosia in Greek). On the derelict tarmac, a rusting, vintage Hawker Siddeley Trident jet sits abandoned. Like the terminal, the tarmac is now under the control of United Nations peacekeepers, but it seems like who's really in charge now are the birds. The airport still has a three-letter code, NIC, but you're not going to fly here soon. Or likely ever.

No one who ever experienced a landing at Hong Kong's old Kai Tak Airport, with its lone runway adjacent to Victoria Harbor (and made from reclaimed land), can ever forget it. Especially if it was at night. As my Cathay Pacific plane weaved between skyscrapers and apartment blocks one late night, neon signs flickering below the fog, it felt like I was flying onto a real-life set for Blade Runner. In fact, Kai Tak landings were notoriously tricky, with an approach low over the city ending abruptly with a runway surrounded by water. As pilots turned onto final approach, you could see what people were watching on TV. Hong Kong's current international airport on Chek Lap Kok island took over from Kai Tak in 1998, keeping the same HKG code. Now, the old HKG sits mostly abandoned.

If you needed to land in the Mile High City between 1929 and 1995, Stapleton International was your place. This zombie airport, predecessor to Denver International Airport, was a hub for at least one airline, the also-ghost Continental. Stapleton became a really busy airport, among the top 10 in the world, but suffered from a litany of problems, including runways that were close together, leading to issues with separation between flights, and noise complaints. Stapleton's runways and buildings have been torn down save for one prominent zombie protuberance: the original 12-story control tower, which has been subsumed by a Punch Bowl Social restaurant complex. The DEN code passed on to the new Denver International.

Croydon was for a good stretch one of Europe's most important airports—and Britain's first international airport—and as such home to many famous firsts: the first airport control tower was built here, and so was the first airport hotel. In 1927 Charles Lindbergh flew in on the Spirit of St. Louis following the first transatlantic flight, and Winston Churchill took flying lessons at Croydon years before that. Britain's first national airline, Imperial Airways, was based here too. Britain's air traffic needs outgrew Croydon after World War II and the airfield (originally built to defend London against Zeppelin raids in World War I) closed for good in 1959. But many of the Art Deco terminal structures remain, and there's a visitor's center in the old control tower.

Athens' storied Ellinikon airport, situated about four miles south of the city center and just west of the seaside suburb of Glyfada, was built in 1938 and became the base for Greek flag carrier Olympic Airways, which has since gone out of business. It was also for many years an operational base for the US Air Force. The vast East Terminal was designed by Eero Saarinen, the Finnish architect responsible for JFK's iconic TWA terminal in the '60s. Ellinikon closed in 2001, replaced by Athens International Airport — Eleftherios Venizelos, located 12 miles east of Athens, which kept the same ATH code. In recent years some terminal buildings were used as makeshift refugee camps but the entire site is slated for a massive redevelopment project to include housing complexes, a golf course and a casino.

Now decommissioned, Berlin's Tempelhof Airport (THF) ceased operations in 2008, and the airfield itself is now mainly used as a park. The site has an unusual pedigree, having been built up on land that in medieval times belonged to the Knights Templar. It was the Nazis who oversaw the transformation of an earlier airport into something huge: a giant semicircle three quarters of a mile long covered by a high curving canopy roof, mostly completed by 1941. Hitler hoped for more Nazi rallies on the tarmac than circumstances would permit. In 1945 the Soviets took over the airport but it would soon find itself in the American sector, and in 1948 and 1949 Tempelhof became the linchpin of the Berlin Airlift. Much of the monumental Nazi work is intact, now with its vast empty halls making the whole place very eerie.

As the defunct airport for a phantom airline, Gaza International Airport, also known as Yasser Arafat International Airport, deserves special mention for full-on airport zombiedom. Situated in the Hamas-run Gaza Strip, the small airport first was opened in 1998; both Palestinian leader Yasser Arafat and US president Bill Clinton were there for the ribbon cutting. But as a response to the violence of the Second Intifada, the Israeli Air Force bombed the control tower and for all intents and purposes rendered the airport unusable by early 2002. In theory it's still a base for Palestinian Airlines, which currently has a fleet of zero aircraft. It's based in Egypt, and the GZA airport remains a ruin.

Question: If an airport lies in an active war zone and all commercial airlines from all countries but the airport's own have suspended flights until further notice, does it really exist? Damascus International in war-torn Syria is certainly off the radar, in more ways than one. Explosions and airstrikes in proximity to the airport are frequent occurrences, and most airlines avoid the airspace over Syria, which is pretty empty. While this is not by any means a decommissioned airport, virtually all international airlines had cancelled service to Damascus by the start of 2013. That said, SyrianAir still has a functioning flight schedule running out of DAM, and so have smaller Syrian carriers.