These Are the Longest (and Shortest) Delta Flights

Articles
Darren Murph holds a Guinness World Record as the planet's most prolific professional blogger. He's an explorer at heart, having traversed nearly 50 countries and all 50 US states. He's flown over one million miles on Delta alone, and serves as a senior writer at TPG.
Follow
Aug. 15, 2018
•
6 min read 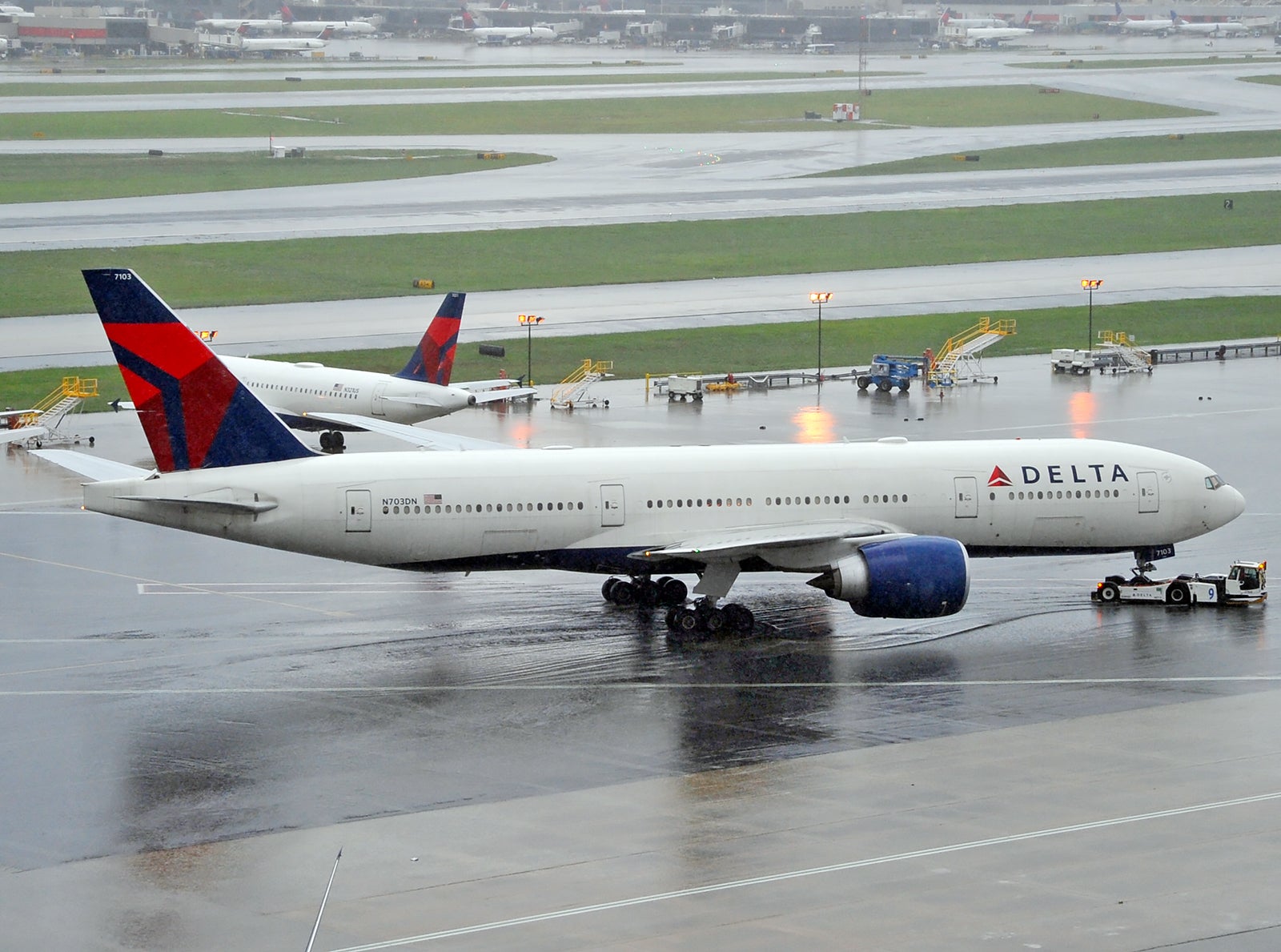 These Are the Longest (and Shortest) Delta Flights
This post contains references to products from one or more of our advertisers. We may receive compensation when you click on links to those products. Terms apply to the offers listed on this page. For an explanation of our Advertising Policy, visit this page.

Extremes are fun, aren't they? Being able to say you've flown on one of the world's longest (or shortest) flights is a token of pride for any AvGeek, and for loyal Delta flyers, we want to provide a glimpse into the extremes of the network of the world's second-biggest airline by passengers carried. We've sorted the list by mileage flown rather than booked time, which can vary depending on airspace closures, winds, and anticipated congestion. (For a laugh related to that last one, check out the booked time for the 94-mile hop to Philly from New York-JFK.)

Delta could add a new king next year when it launches nonstop flights between the US and Mumbai, India (BOM), but it has yet to disclose where the origination point for that flight will be. The current list omits the 7,600-mile Atlanta (ATL) to Dubai (DXB) nonstop, which Delta axed in 2016 citing "subsidized Gulf carrier competition," as well as the 7,857-mile nonstop flight between Detroit (DTW) and Hong Kong (HKG). I had the privilege of flying both of those routes in Economy prior to their demise, and had a similar reaction to TPG News Editor Emily McNutt after she flew in coach from Doha to Auckland: "It was... well, long."

On the shorter end of the stick, longtime Delta flyers may want to pour one out over the 2014 loss of Detroit (DTW) to Flint (FNT), a 56-mile joyride that was actually possible to blink and miss. While we're on the topic, one has to wonder if we'll ever see regularly scheduled Delta service between Miami (MIA) and Fort Lauderdale (FLL), Cincinnati (CVG) and Dayton (DAY), or Cincinnati (CVG) and Lexington (LEX) ever again. For Michiganders, you should know that SkyWest Airlines operates a 69-mile flight between Alpena, MI (APN) and Pellston, MI (PLN) under the Delta Connection brand, but Delta informed us that "SkyWest is flying that of their own volition and assumes all business risk-and-reward for the flight." Due to that asterisk, we didn't include it in the final list below.

While three of Delta's five longest flights are flown on the non-retrofitted Boeing 777-200LR, two of them — Atlanta to Seoul and Detroit to Shanghai — are flown using Airbus' A350-900. If that aircraft rings a bell, it's because those are outfitted with Delta's swanky new Delta One Suites up front. If you've been jonesing to try out the product that TPG himself dubbed "chic, fresh, and private," while also ticking the box of being on one of Delta's longest flights, look no further.

Delta's use of tiny, regional jets is on the decline. While it once operated over 200 aircraft with 50 seats or fewer flown by regional carriers under the Delta brand, that has dwindled in recent years. Comair closed in 2012, ExpressJet (formerly known as Atlantic Southeast Airlines or ASA) won't fly for Delta in 2019, and Endeavor Air has reduced its operations, with over 80 Bombardier CRJ200s now removed.

As you'll see below, the majority of Delta's shortest routes are flown using the CRJ200. If these planes are phased out, one has to wonder if the routes will remain with different aircraft and timing, or, for instance, if people in Lansing will be forced to drive to Detroit. For what it's worth, Delta did add a single row of Comfort+ to CRJ200 aircraft in 2017, but given that the Comfort+ row is also the bulkhead, I personally prefer the roomier exit row.