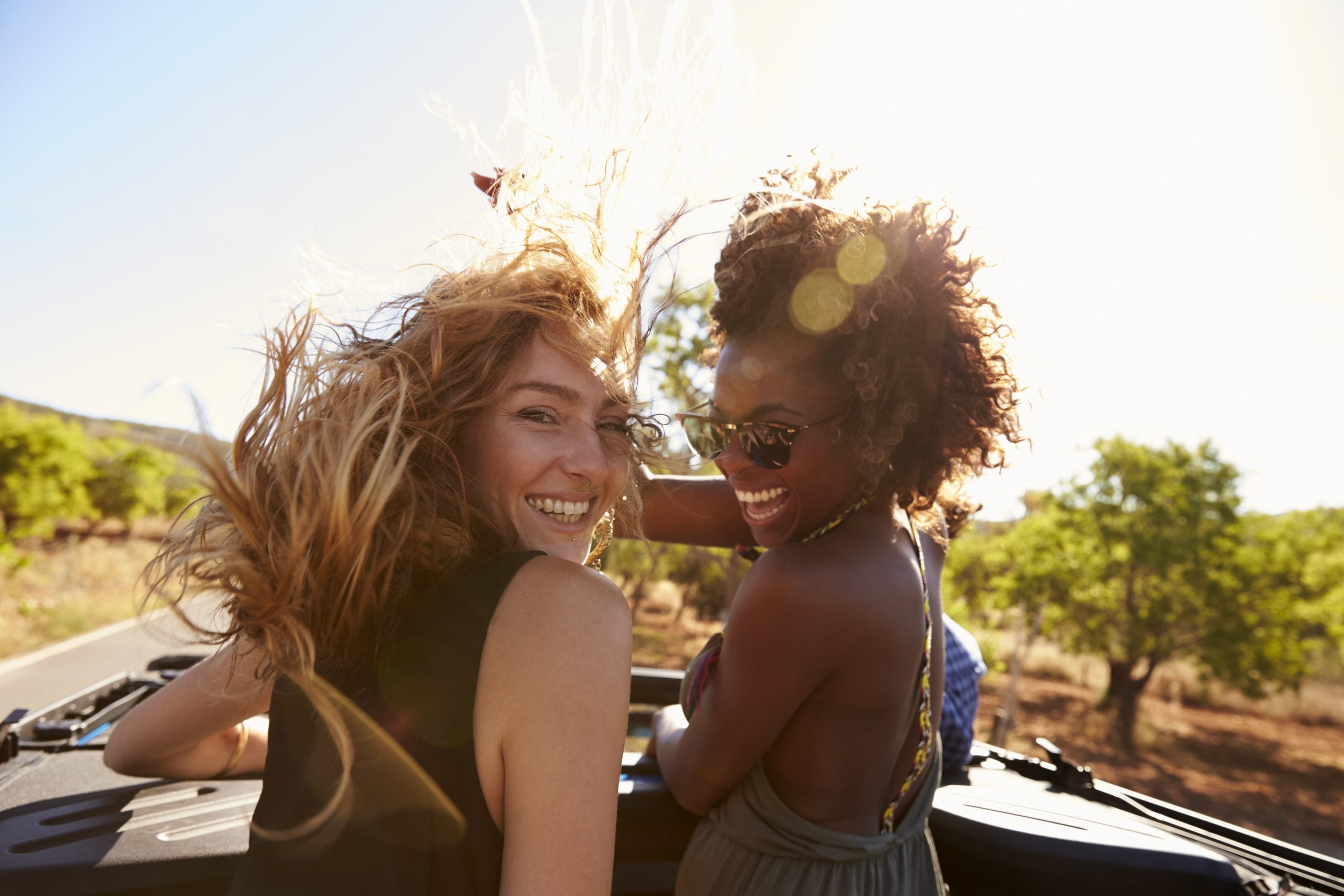 On June 18, 2020, The Points Guy announced its firm commitment to diversity, equity and inclusion after worldwide protests over the murder of George Floyd in Minneapolis. The move came after TPG realized it hadn’t been inclusive enough by not sufficiently elevating the voices of people of color and failing to serve a wide enough population of diverse travelers.

To that end, TPG publicly committed to transparency and progress. We unveiled our Evolution plan, working hand in hand with our parent company Red Ventures, to be a part of the solution. This means we continue to be strongly committed to being an ally in the fight against racism in the travel industry and beyond.

But talk is cheap and actions speak louder. So below is an update of everything we’ve done since we announced our commitment to diversity, equity and inclusion — in the broadest sense.

For more travel tips and news, sign up for TPG’s daily email newsletter.

As part of our efforts to be more inclusive in our coverage, we opened applications for the new TPG All-Inclusive Advisory Panel in January 2021. We received more than 600 applications, and the TPG editorial team had the difficult task of whittling that down to the final 10, who were announced on April 27, 2021.

This paid panel of 10 travel experts has demonstrated a commitment to diversity, equity and inclusion in the broadest sense. It will advise TPG on our mission to further our own DEI efforts across the brand. These panelists consult with TPG during monthly meetings, along with plenty of informal conversations, to ensure our on-site and social media coverage is ever-evolving and inclusive. We will also hire panelists to write stories that are relevant to TPG's readers.

While we want to have more diverse writers contributing stories, they don’t always have to be demographic-specific (i.e., 6 things to know before renting an RV). Being able to reach the widest audiences possible still meets our goal of inclusive coverage. Because it's not always just about the content -- but also who's writing it.

Diverse audiences want to see themselves represented not just in the subject but also in the writer communicating it. To that end, we have added 22 new freelance writers from diverse backgrounds to our network. They include travelers in wheelchairs, a plus-size writer, a baby boomer contributor, members of the LGBTQ community and those from different ethnic and racial backgrounds (Black, Asian, Indian and Latino).

This group of writers has contributed nearly 50 stories to the site, with more to come. Some of those stories include:

TPG is very active on social media -- Facebook, Twitter, Instagram and TikTok. We expanded our commitment to diversity and inclusion moving forward across all these channels.

Our team ran special social media campaigns highlighting underrepresented events such as Juneteenth, Black-Owned Business Month and the one-year anniversary of the murder of George Floyd. It also highlighted Black History Month with a four-week campaign across Instagram spotlighting four influential Black Americans who specifically had an impact on the finance and travel industries.

Overall, there has been more BIPOC representation and general inclusion in all social content.

Partnering up and giving back

We know we can’t execute our DEI plan without help. That’s why TPG inked long-term partnership deals with nonprofit organizations to bolster our efforts further.

In June 2020, we donated $100,000 to the National Association of Black Journalists for scholarships.

Our recruiting team attended all four virtual conferences and will continue to partner with the above organizations by attending local events year-round to share editorial jobs at TPG and our parent company, Red Ventures. This long-term partnership includes sponsorships to enrich and support the academic experience of BIPOC and LGBTQ students pursuing a career in journalism, media and communications.

TPG CEO Brian Kelly committed a dollar-for-dollar match up to $50,000 for the Ali Forney Center and donated $50,000 to Prosecutor Impact. The Ali Forney Center's mission is to protect LGBTQ youths from the harms of homelessness and empower them with the tools needed to live independently. Prosecutor Impact provides education and training for American prosecutors, giving them the tools needed to improve results in their communities.

Another TPG partner is Rainbow Railroad, a global not-for-profit organization that helps LGBTQ people facing persecution based on their sexual orientation, gender identity and sex characteristics. As you know, we launched a matching fundraiser during Pride Month for Rainbow Railroad. We are very excited to share that our $100,000 match was met and the organization will receive $200,000 on behalf of The Points Guy and the TPG community, which is truly incredible.

When crisis struck in Afghanistan, The Points Guy and Lonely Planet knew we had to use our industry connections and platforms to do whatever we could to help. We launched a fundraiser on Aug. 16 to raise funds and miles for Miles4Migrants to help the refugees in Afghanistan and worldwide. Miles4Migrants uses frequent flyer miles, credit card points and cash to help people affected by war, persecution or disaster start a new beginning in a new home.

Our campaign ran for five weeks and Miles4Migrants told us it was one of their most successful campaigns to date! We are very excited to share the results:

These donations will fly around 500 people, or approximately 143 families, to safety. These miles and dollars raised will be used to book travel for individuals and families primarily in Afghanistan, as well as Lebanon, Yemen, Turkey, Guatemala, Palestine, Sudan, Pakistan, Ethiopia, Syria, Liberia, the Democratic Republic of the Congo, Haiti and Honduras. These refugees will be brought to the United States, the U.K., Canada and Belgium.

As part of our long-standing partnership with PeaceJam, we launched the TPG Global Impact Youth Fellowship in 2018 to help outstanding young leaders gain the skills and training necessary to amplify their impact and create sustainable change. Our 12 TPG fellows (located in Ghana, Guatemala, Liberia and South Africa) receive financial support for higher education and mentoring. We are also expanding the fellows program by adding a new cohort of students in 2021.

Lastly, we've teamed up with Chase, British Airways, Iberia and Aer Lingus to give five lucky donors 1 million Avios each, as we raise money for Comic Relief US, an organization that works to create a just world, free from poverty.

If you donate at least $10, you’ll be automatically entered for a chance to win a million Avios — which can unlock a range of terrific awards for your next trip. And the more you donate, the more chances you’ll have to win — all for supporting a great cause. Since it was founded, Comic Relief US has raised over $330 million and positively affected over 25 million people around the world, supporting programs that address both the symptoms and root causes of poverty and injustice. To donate, visit Prizeo.com/ThePointsGuy

Our recruiting team is going where the talent is. We're partnering with three journalists of color organizations and the LGBTQ organizations to ensure their members know about job opportunities at TPG specifically and Red Ventures in general.

Benét Wilson was named our new senior editor for talent and development, and she will help TPG with its recruitment pipeline, trying to find a wide range of reporters and editors to consider for future jobs and freelance opportunities.

Red Ventures is an equal opportunity employer that does not discriminate against any employee or applicant because of race, creed, color, religion, gender, sexual orientation, gender identity/expression, national origin, disability, age, genetic information, veteran status, marital status, pregnancy or any other basis protected by law. Employment at Red Ventures is based solely on a person's merit and qualifications. You can read Red Ventures' 2020-2021 diversity report for more details.

TPG pledges to incorporate more BIPOC representation into all touchpoints of our brand, including but not limited to social media, on-site articles, Future of Travel webinars, influencer partnerships and more. Using the webinars as an example, since the series launched in June 2020 we have hosted 16 webinars with 17 guests, five of which were BIPOC and four of which were women. Our top priority is to continue bringing on diverse guests in terms of background, race, gender, job function and tenure.

Our articles will continue to include a more diverse range of sources, be authored by more people of color and feature a more representative group of travelers. Outside of our hiring initiatives, our reporters and editors will also mentor rising minority travel journalists to help ensure a strong next generation of writers.

We know we won’t always get it right, but we are firmly committed to doing our best, being transparent along the way and starting again when we fail. We are actively committed to the fight against racial injustice, and TPG commits to participating in the change the world desperately needs.

We know these efforts outlined are just a start and we still have a long way to go. We are motivated to continue expanding on these efforts in partnership with our parent company Red Ventures and its Diversity & Inclusion team, with which we'll work closely.