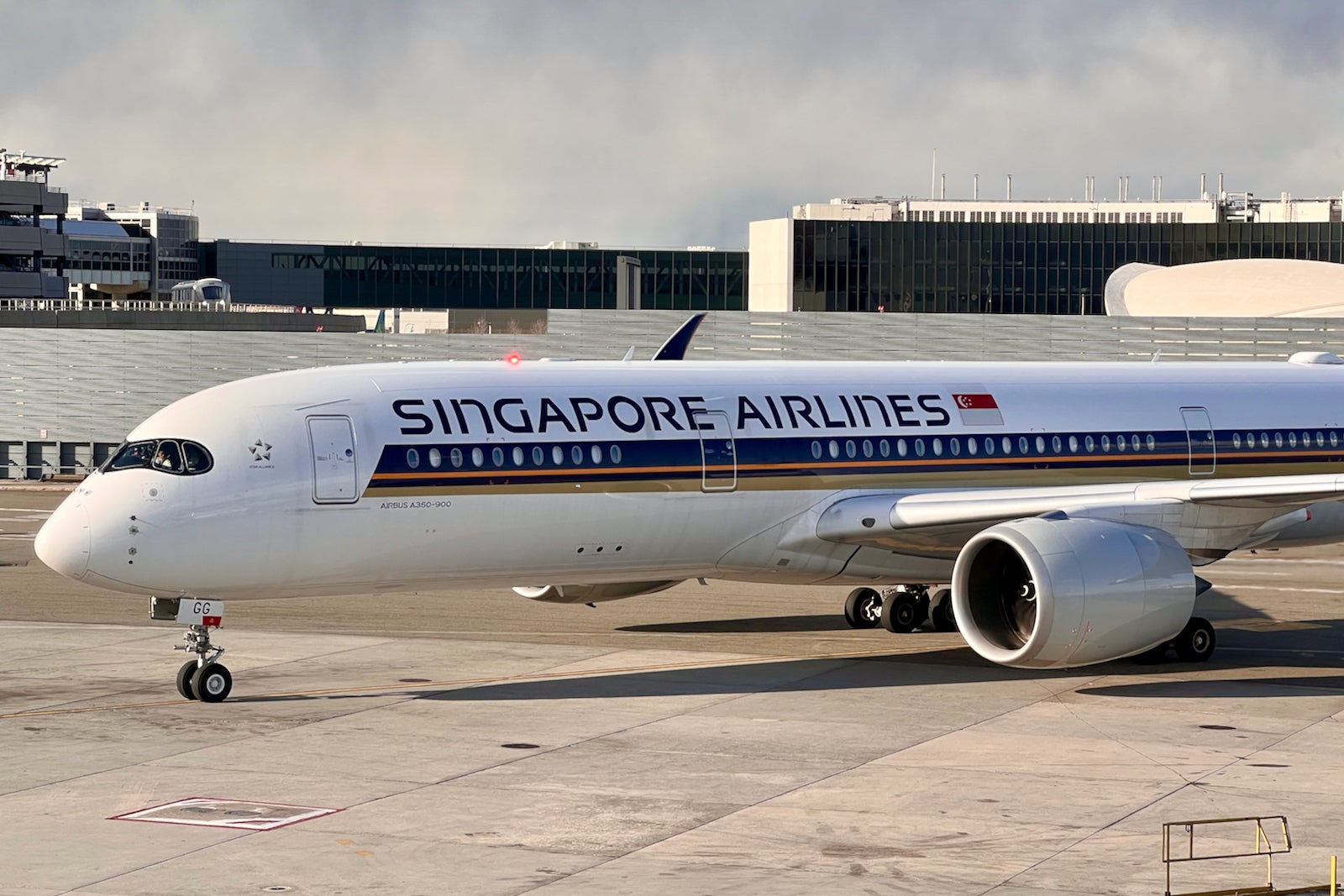 If you were asked to name an international carrier serving the U.S., Singapore Airlines may not initially come to mind.

But with additional routes and boosted frequencies, the carrier is trying to increase its U.S. relevance — especially in New York.

It’s also taking advantage of competitive opportunities to boost its range of one-stop itineraries that it can sell to points in Southeast Asia and beyond.

As the summer travel season gets underway, Singapore is ready to bring its well-regarded service and top-notch premium cabins to more U.S.-based flyers.

And next time you're asked to pick a favorite international airline, Singapore may be top of mind.

Headlining Singapore's expansion in the U.S. is an assortment of new and upgauged existing routes.

Additionally, just a few weeks ago, the airline restarted flying the world’s largest passenger jet, the Airbus A380, to JFK on its one-stop service that connects New York and Singapore via Frankfurt. (Singapore replaced the A380 with a Boeing 777 on the route for much of the pandemic.)

This fifth-freedom route, which allows travelers to terminate their journey in Germany (or continue onward to Singapore) is especially popular with travelers headed to or from Europe.

Meanwhile, on the West Coast, the airline restarted flying nonstop to Seattle with four-times-weekly service. (The route is currently operated as a tag flight in conjunction with service to Vancouver, British Columbia.)

Much of this growth can be attributed to the incredible pent-up demand for traveling to Singapore and beyond, said Joey Seow, the airline's vice president of the Americas, in an interview with TPG.

"We are capitaliz[ing] on the pent-up demand ... we've upgraded one JFK route to the A380. So, we essentially are responding to the market demand," he said.

Singapore has reopened its borders to tourists, and many of its neighboring countries in Southeast Asia, such as Thailand and Indonesia, are doing the same. Seow mentioned that many travelers to the region are leisure customers who may have canceled or postponed a trip earlier in the pandemic.

Additionally, many of Singapore‘s largest regional competitors, including Cathay Pacific, continue to be a shell of their former selves. With reduced competition for travelers booking connecting itineraries to points in Asia, Singapore can opportunistically add capacity in the U.S. market, Seow said.

As for what’s next, Seow said that the focus is initially on bringing back frequencies to existing markets that were served before the pandemic. Then, the airline may consider adding more routes.

"Our network is evolving into more nonstop flights than one-stop flights," Seow said.

On the poshest planes

If you were instead asked to name the fanciest premium cabins in the world, odds are that Singapore Airlines' Suites would be at or near the top.

And now, this flagship product is flying to the U.S. for the very first time. The route from JFK to Frankfurt (with onward service to Singapore) is now operated by Singapore's nicest A380, which features six first-class suites.

Before the pandemic, Singapore flew two configurations of the A380. The older one (that used to fly to New York) ended up getting retired in November 2020, which means that JFK is now served by the fanciest configuration that Singapore offers.

This A380 has an intimate, six-pod “Suites" first-class cabin that’s regarded as one of the world's best.

The amount of personal space is simply unrivaled, and those traveling as a couple can even connect their suites to form one bedroom.

Coupled with Singapore's well-regarded onboard service and delicious food and drinks, you’re in for a treat.

Those flying in business class – whether on the A380 or fuel-efficient Airbus A350 — will enjoy oversized pods that are some of the widest in the sky (though the bed itself is far from the world's best).

The nonstop flights from Singapore to New York are operated by the ULR, or ultra-long-range, variant of the A350, which Singapore outfits in a two-cabin configuration. In addition to 67 business pods, there are 94 premium economy recliners on this plane.

Seow talked up what he says is robust demand for the carrier's premium products. "Our premium cabins actually ironically sell out even before the back of the bus. For example, our Suites on the A380 are full for the next month" he said.

Interestingly, Seow sees this trend continuing as leisure flyers now place a greater emphasis on "space and distancing" during the travel journey. "Even though corporate travel has not recovered to what it was pre-pandemic, the business-class demand is very strong. In fact, the recovery in the business-class cabin is faster than expected," Seow added.

Unfortunately, the strong demand means that finding one of the holy grails of points and miles redemptions — a saver reward seat in Singapore Suites — will be harder than ever. So, the next time you find it for 86,000 KrisFlyer miles, be sure to lock it in immediately.

Doubling down on wellness

The emphasis on premium isn’t only evident in the hard product. Singapore recently rolled out a revamped catering program for its East Coast flights.

In partnership with Golden Door, the well-reputed destination spa in California, Singapore is now serving a slew of wellness-focused meals on its longest flights.

This includes entrees such as black cod with forbidden rice and orange blossom couscous, both of which I tried (and thoroughly enjoyed) at a recent tasting in a demonstration kitchen.

Longtime fan favorites, like the lobster Thermidor, remain available through the carrier's extensive "Book the Cook" preorder program (though note the program was recently unavailable from Houston).

According to Seow, "Golden Door shares much of our philosophy in producing nutritious products with the freshest produce and ensuring that people arrive in better shape."

All told, Singapore‘s U.S. growth comes at an exciting time for the carrier.

The airline recently revamped its catering offering and is now flying its poshest jet to New York.

The new routes have all been performing well, according to Seow, and he’s hopeful that the only direction from here is upward.

To date, much of the pent-up demand is from leisure travelers looking to finally embark on a trip they postponed or canceled during the pandemic.

“The second booster shot,” as he calls it, is yet to come. Once business travel meaningfully returns, it’ll give Singapore the boost it needs to keep operating three daily flights to New York and to further build out its U.S. network.