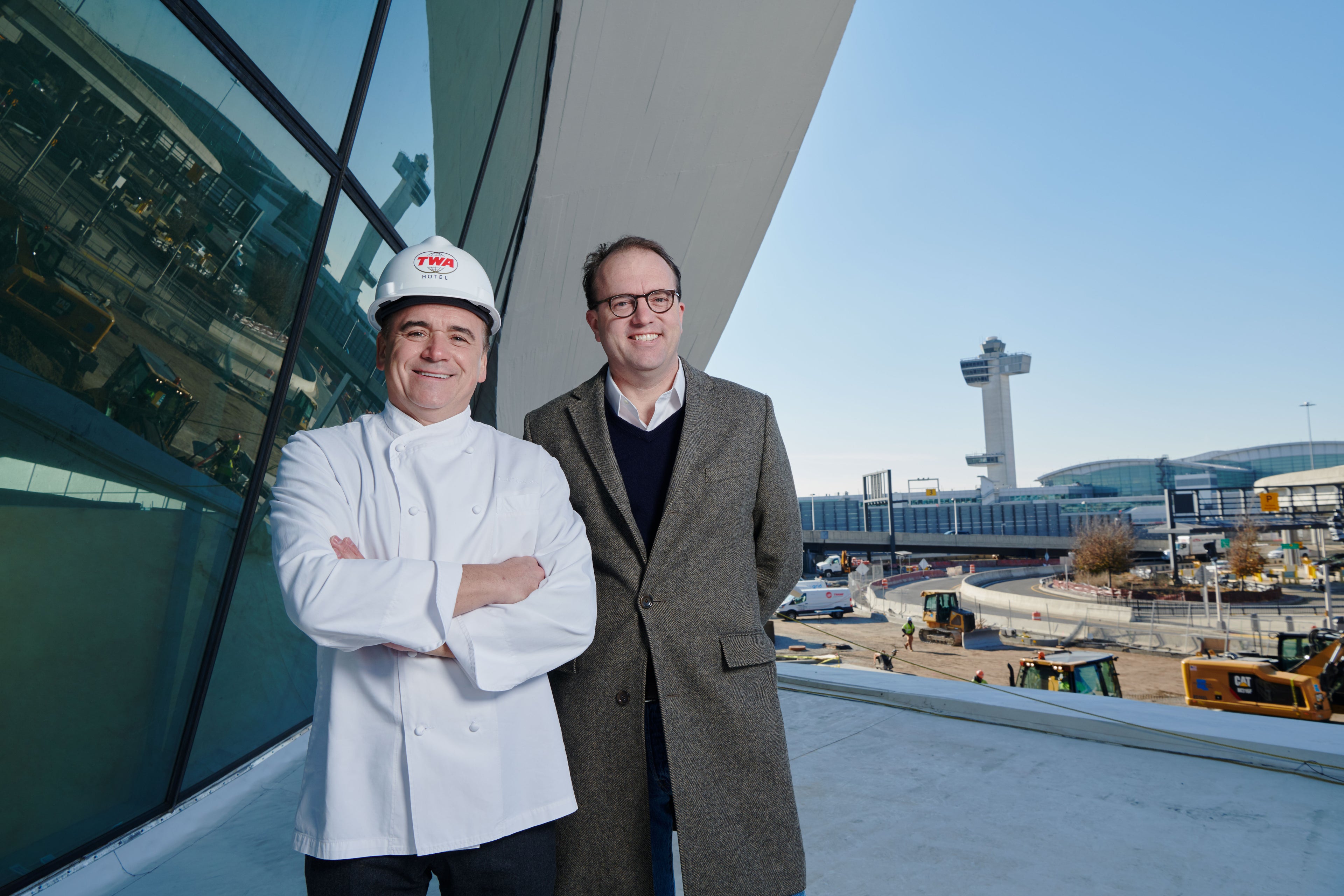 One of America's Best Chefs Will Helm the TWA Hotel Restaurant at JFK
This post contains references to products from one or more of our advertisers. We may receive compensation when you click on links to those products. Terms apply to the offers listed on this page. For an explanation of our Advertising Policy, visit this page.

A highly anticipated hotel is getting a world class chef to head up its flagship restaurant. The TWA Hotel, any AvGeek’s dream, has announced that Jean-Georges Vongerichten will be running its Paris Café restaurant when the hotel opens this Spring.

Vongerichten is a world-renowned chef who owns dozens of restaurants across the world including ABC Kitchen, Perry St. and Jean-Georges in New York City.

The Paris Café will be located inside the TWA Terminal that's currently being renovated. This 200-seat restaurant will be separate from the cocktail bar that will sit inside a renovated Lockheed Starliner that we got a sneak peak at a few weeks ago.

In fact, the new restaurant will sit exactly where the old Paris café used to operate inside of the TWA Terminal. It’s also taking over the area where Lisbon lounge was located. Servers will wear outfits inspired by what TWA crew wore at the height of the 'Golden Age of Travel' in 1962, harkening back to a more glamorous age of travel when airlines competed on service, not price, since the government was still regulating the industry.

Situated between JFK's Terminal 5 and the classic Eero Saarinen-designed TWA Terminal, the TWA Hotel will feature 512 rooms, six restaurants and eight bars. The hotel will take over the TWA Terminal after developers lead a years-long charge renovating the incredibly unique space. And because the hotel is located pre-security, anybody is free to visit and chow down at one of its eateries.

“Around the world, Jean-Georges is known for his delicious dishes and impeccable service,” said Tyler Morse, CEO and Managing Partner of MCR and MORSE Development in a statement. “He is the perfect chef to reinvigorate the legendary Paris Café for our guests and JFK travelers.”

Serving “breakfast, lunch, dinner, snacks and cocktails at a medium price point” Vongerichten and the TWA Hotel have been researching classic TWA in-flight menus for inspiration.

Born and raised just outside of Strasbourg, France and currently residing in New York, the Michelin Star chef has opened more than 36 restaurants during his career. He’ll partner with Tastes on the Fly to develop the Paris Café, which runs 20 airport restaurants around the country.

TPG’s Zach Honig and The Points Guy himself Brian Kelly recently ate at Jean-George's Lagoon restaurant at the St. Regis Bora Bora, calling the cuisine their favorite at the resort.

“It’s an exciting project; food in airports has been improving a lot,” said Vongerichten, adding that he himself is an avid traveler.