We Got a Sneak Peek Inside the TWA Hotel, an AvGeek's Dream 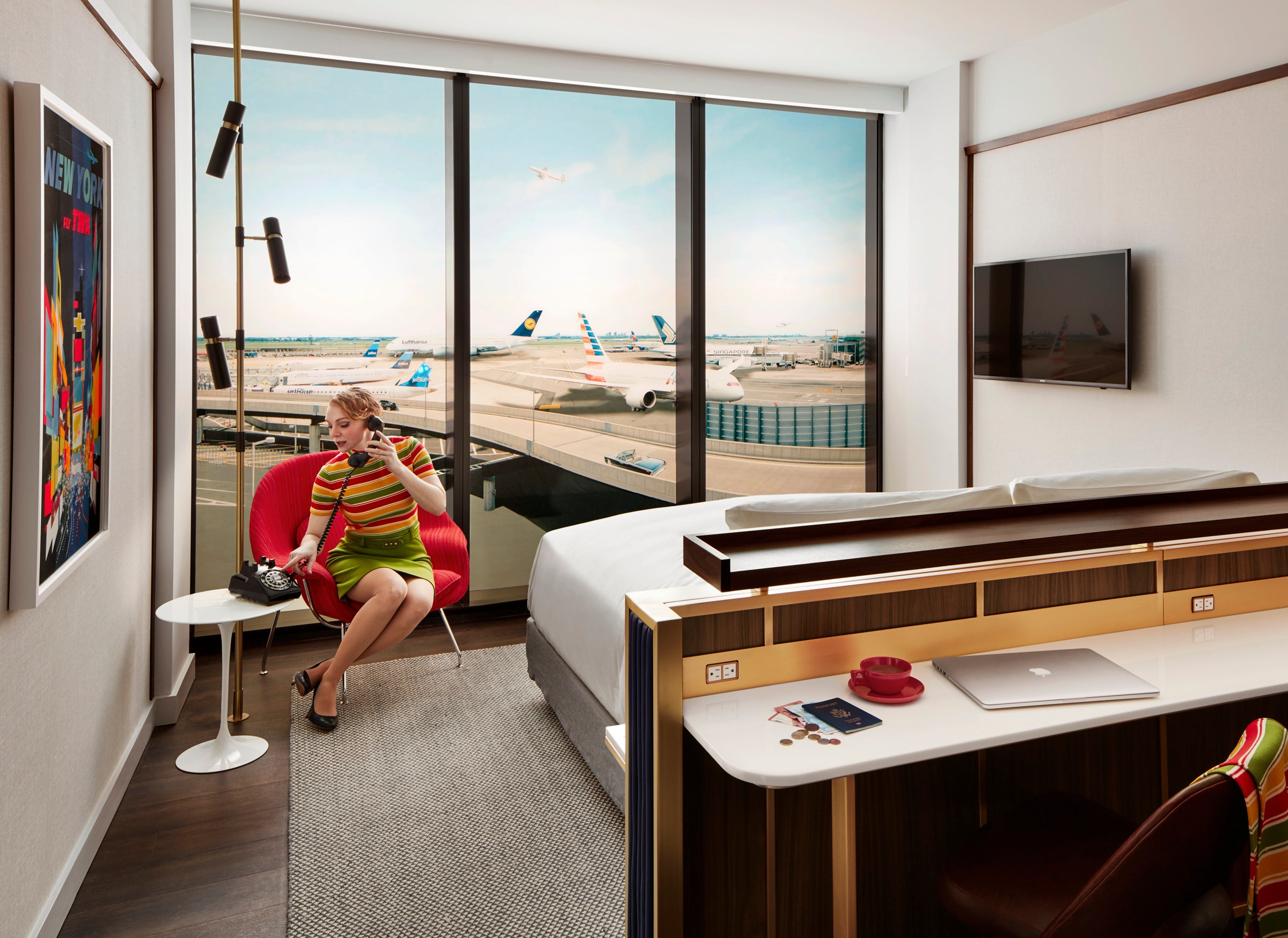 We Got a Sneak Peek Inside the TWA Hotel, an AvGeek's Dream
This post contains references to products from one or more of our advertisers. We may receive compensation when you click on links to those products. Terms apply to the offers listed on this page. For an explanation of our Advertising Policy, visit this page.

Have you ever wanted to step back in time? Maybe back to an era when travel was more glamorous?

Those who opine for the Golden Age of Aviation now complain about dirty terminals, crowded TSA lines and being crammed into economy's cattle class. So, what happened to the time when traveling was romantic?

Although that age may be gone now, those passing through JFK will soon have the opportunity to enjoy what might be the crown jewel of the early days of aviation.

Eero Saarinen's TWA Terminal is being renovated and is getting a new addition, the TWA Hotel. At MCR Development's "top secret" lab, we got a sneak peek of the what the hotel rooms will look like when they open in the spring of 2019.

The hotel will feature 512 guest rooms, some of which will have views of JFK Runway 4 Left and 22 Right. The model guest room's windows had a simulated view of what you may see from your hotel bed. If you're a fan of Lufthansa A380s or JetBlue A320s, you may just want to move in permanently.

But don't worry, the floor-to-ceiling windows will come with black-out curtains to help you catch some shut-eye. The glass used for the windows will be the second-thickest in the world — seven panes to be exact — to help block out the drone of the aircraft taking off and landing throughout the day.

And, if you want a literal taste of the past, Tab Cola will be available, too.

Step into the bathroom and you'll find terrazzo tiles, a Hollywood-style glamour mirror and a shower large enough to pass the TPG shower test.

The hotel is really pushing the TWA branding, including toiletries that won't let you forget where you are.

Upon entering the room you'll find a "Mad Men"-style mini-bar and closet.

The halls of the hotel will be decked out in the same Chili Pepper Red that Saarinen created for the TWA Flight Center.

The hotel is going the lengths to keep the old-school feeling. We got a peek into a room that contained classic glassware and other memorabilia from the 60s, including classic TWA cups emblazoned with the jingle used in the airline's commercial "Up, Up and Away."

During the sneak peek, more test toiletries were on display, including amenity kits designed to look like a classic TWA purser or amenity bag.

MCR Development somehow got its hands on some old-school TWA baggage carts.

Although the property might look and feel retro, you'll still have the all the amenities of a modern day hotel, like USB power ports, automatic curtains and speedy Wi-Fi. And those rotary phones have been updated with VoIP technology, so you'll be able to make international calls.

Once the TWA Flight Center is renovated, it will act as a lobby and check-in for the hotel. MCR plans on installing six restaurants and multiple bars. One of the eateries will actually be located in a retrofitted Lockheed Super Constellation aircraft (what TWA was famous for flying), which will sit outside — between the flight center and JFK's Terminal 5.

Tyler Morse, who's leading the project, has said in the past that room rates will start at “roughly $250 a night."

The hotel itself will have a rooftop bar and seasonal pool, open to all members of the public with clear views of JFK's runways — truly making it an AvGeek's paradise.