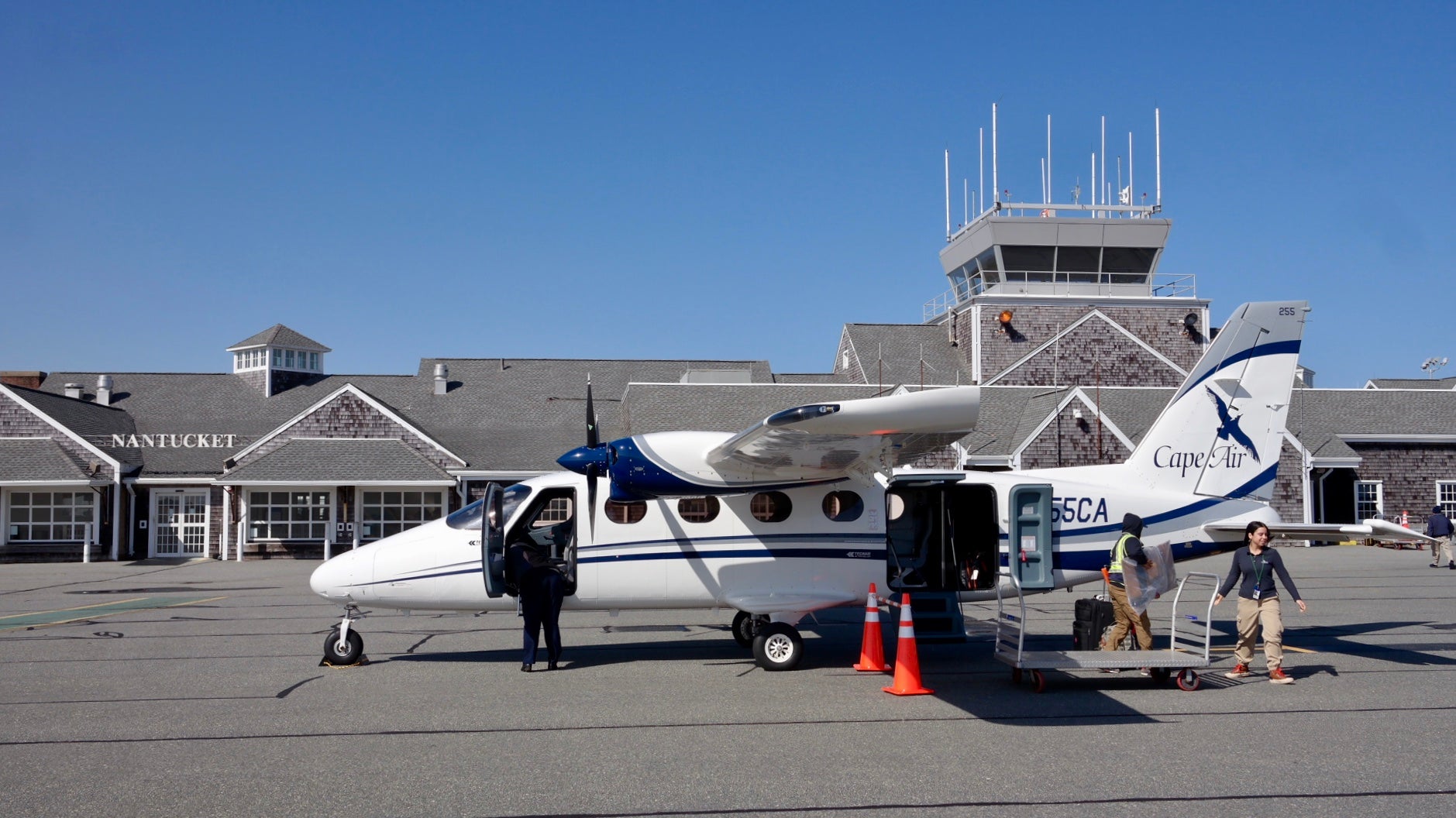 Onboard Cape Air's all-new Tecnam Traveller to Nantucket
This post contains references to products from one or more of our advertisers. We may receive compensation when you click on links to those products. Terms apply to the offers listed on this page. For an explanation of our Advertising Policy, visit this page.

Cape Air's first all-new plane, the Tecnam P2012 Traveller, has taken to the skies over New England. The nine-seat prop is connecting Nantucket and the mainland ahead of its formal debut scheduled in March on flights from St. Louis.

The Italian-made plane operated its first revenue passenger flight between Cape Air's base at Hyannis's Barnstable Airport (HYA) and Nantucket (ACK) on Feb. 22. The Traveller has continued flying between the Massachusetts airports, as well as between Boston Logan (BOS) and Nantucket, in the days since.

The Traveller is a step up for travelers from Cape Air's legacy fleet of Cessna 402s. Not only can you bring a small carry-on bag like a backpack or purse onboard — they were previously stored in compartments on the wing — but it has cupholders, USB power outlets and even air vents at each seat.

The one downside, at least for AvGeeks, is passengers can no longer sit in the co-pilot seat as they can on the Cessnas.

Cape Air has been connecting points on Cape Cod, Martha's Vineyard (MVY) and Nantucket to Boston since it took to the skies in 1989. Today, the airline is the nation's largest independent regional carrier — independent in the sense that it does not fly under the "connection" or "express" banner for a major carrier. Cape Air has bases in Boston; St. Louis (STL); Billings, Montana (BIL); and San Juan, Puerto Rico (SJU).

While not an affiliate to a major carrier, Cape Air does have codeshare agreements with American Airlines, JetBlue Airways and United Airlines that allow travelers to book tickets on a single itinerary and, in some cases, earn American, JetBlue or United miles on its flights.

Taking advantage of Cape Air's introduction of the Traveller on flights between Boston and Nantucket this week, TPG flew up to check out the new plane, and all of the changes it introduces, in action.

Related: Cape Air shows off brand-new Tecnam aircraft that will replace its Cessnas

All Cape Air flights board via the ramp at Boston Logan, and the Travellers are no different. The seven passengers bound to Nantucket on a blustery February day queued up and then followed a ramper out to the plane.

Passengers board through a rear door on the Traveller, as they did on the Cessna. The cabin is laid out with four rows of seats in a 1-1 configuration and a fifth row with a single seat across from the door. One change from past experiences with the Cessnas, the first four seats were assigned for weight and balance by the the ground crew.

Related: What it's like flying on a Cape Air Cessna 402

The seats are more spacious than those on the Cessnas, with a comfortable amount of legroom and storage for a carry-on bag under the seat in front. The USB power outlets are located in the armrest under the window.

In addition to the interior improvements, the Traveller has been described as quieter than the Cessnas. This does appear to be true, however, the Traveller is still a prop and a prop plane is louder than the average jet most travelers are used to flying on.

Another big change on the Traveller compared to the Cessna are the high wings, or wings that are mounted on the top of the fuselage instead of the bottom. This gives passengers a panoramic view of the scenery below, which can be quite stunning on a clear day.

The approach to Nantucket was bumpy — as expected with 35 mph wind gusts — but uneventful. The airport is the nearly the sole domain of Cape Air during the winter, as American, Delta Air Lines, JetBlue and United all only fly to the island during the summer.

Unfortunately, there was no sign of Sandpiper Air or the familiar "Wings" crew on the ground in Nantucket.

Checked out Cape Air’s brand new Tecnam P2012 Traveller yesterday, what a step-change from the Cessnas! Even visited Nantucket Airport for the first time, no sign of Sandpiper Air though. #avgeek #flycapeair

The experience on the Traveller, as Cape Air senior vice-president of fleet planning Jim Goddard described it last September, is definitely "better than an airliner." Passengers have more space and amenities and, while it it still a prop, it is a step up from the Cessnas.

Cape Air will introduce the Travellers on flights between Marion, Illinois (MWA), and both Nashville (BNA) and St. Louis on March 4, according to Cirium schedules. They were previously due to enter service on flights to Rutland, Vermont (RUT), in December, but were delayed due to the validation of “operational procedures and policies — typical of newly certified aircraft," as airline spokeswoman Trish Lorino put it.

The carrier began ferrying the first Travellers out to St. Louis from Cape Cod on Friday. A pilot on one of our Traveller flights told us that the trip can be done in one or two stops depending on winds, with Dayton (DAY) the likely stopping point for most flights. For comparison, the Travellers make five stops enroute from Tecnam's manufacturing plant in Capua, Italy, to Hyannis.

Related: How a Cape Air prop made the ‘water jump’ from Europe to the U.S.

Cape Air's first Traveller to make the hop to St. Louis, registration N266CA, looks to be making two stops with a first leg from Hyannis to Wilkes-Barre Scranton Airport (AVP) in Pennsylvania on Friday, according to FlightRadar24.

As more Travellers arrive, the airline has eight so far, executives plan to operate them on more routes from Cape Air's St. Louis base and then on flights from Billings. That means Cape Air customers bounder to the Massachusetts destinations of Martha's Vineyard and Provincetown (PVC) will have to wait a little bit longer to enjoy the new aircraft.

Cape Air hopes to replace its 83 Cessna 402s with Travellers in three or four years, or by 2023, the airline's CEO and founder Dan Wolf told TPG in October. But that's plenty of time for interested AvGeeks to grab a right-seat ride on a Cessna — potentially even to New York John F. Kennedy (JFK) — before they are gone.