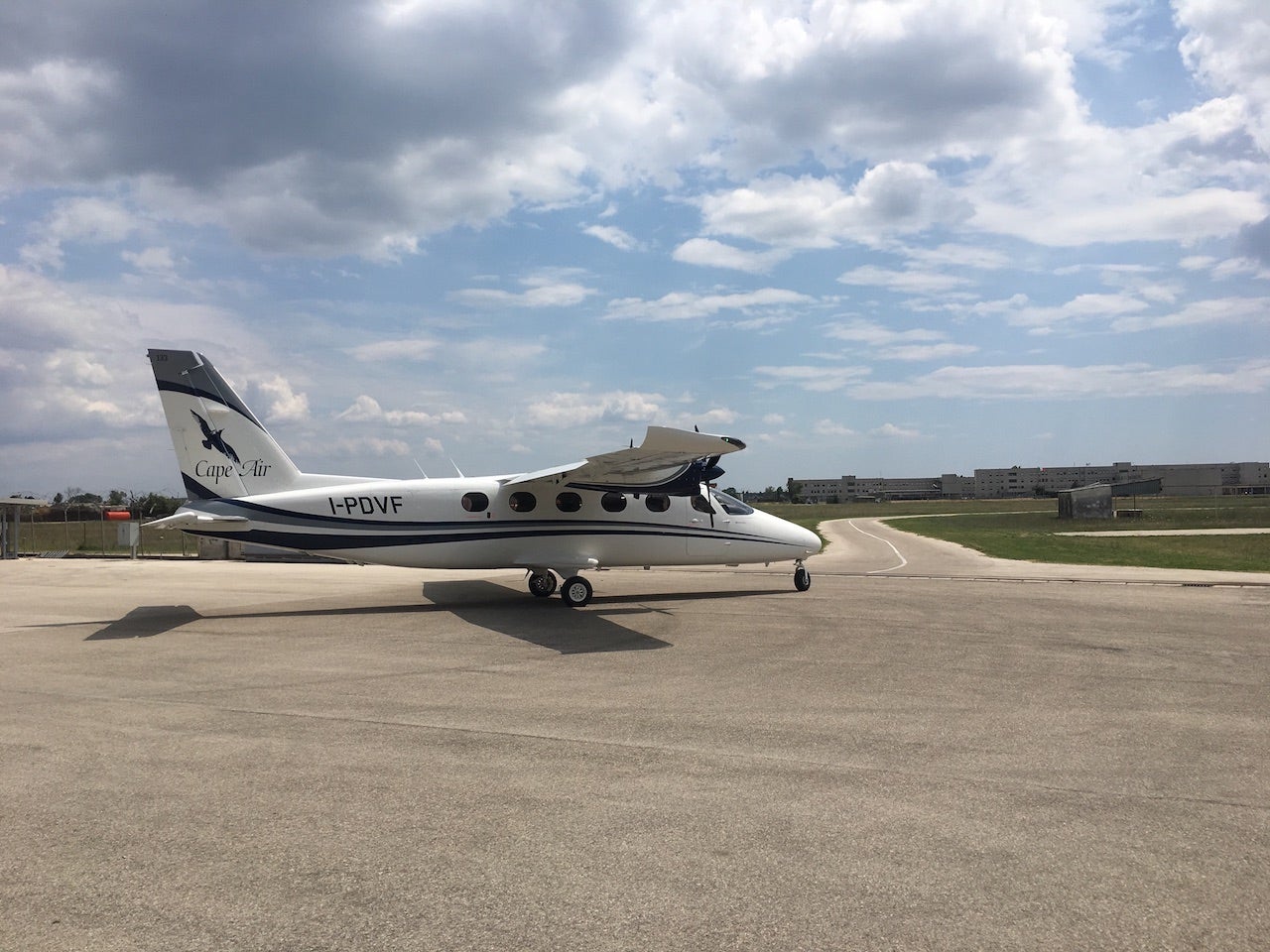 Cape Air on new Tecnam Traveller: ‘It’s better than an airliner’
This post contains references to products from one or more of our advertisers. We may receive compensation when you click on links to those products. Terms apply to the offers listed on this page. For an explanation of our Advertising Policy, visit this page.

Independent regional carrier Cape Air is preparing to introduce its first-ever new aircraft in several months. The Tecnam P2012 Traveller will bring with it an entirely new onboard experience for the airline's passengers.

The clean-sheet prop will seat nine passengers — 11 if you count the pilot and first officer — in an air-conditioned cabin with under-seat storage and even USB charging ports at every seat.

“It’s a totally different product,” Cape Air senior vice-president of fleet planning Jim Goddard said of the Traveller as compared to its fleet of Cessna 402s. Goddard, who spoke with TPG on the sidelines of the Regional Airline Association (RAA) annual convention in Nashville Friday, has flown in the new aircraft several times at Tecnam’s manufacturing facility in Capua, Italy.

One difference that AvGeeks will immediately notice — and undoubtedly miss — is the opportunity to fly in the first officer’s seat. The spot will be reserved for crew members on all flights.

Despite this, Goddard said experience onboard the Traveller will be “better than an airliner,” referring to the ubiquitous 50-seat regional jets in U.S. feeder fleets.

Cape Air took delivery of its first two of up to 100 Travellers in July. The carrier expects eight aircraft by year-end, and 20 by the end of 2020.

Tecnam will fly Cape Air’s first two Travellers to the airline’s base in Hyannis (HYA), Massachusetts, the week of Sept. 16, he said. Each flight will make at least five stops — in France, Scotland, Iceland, Greenland and Canada — enroute from Capua. The trip is expected to take four days and include 30 to 35 hours in the air.

Once the Travellers are on property, Cape Air aims to introduce them on scheduled passenger flights in December. The first services will be to destinations it serves under the U.S. government’s Essential Air Service program from Boston Logan (BOS), said Goddard. Examples of such routes include Augusta (AUG) in Maine or Rutland (RUT) in Vermont.

The new props will begin flying elsewhere in Cape Air’s network — it has bases in Missouri, Montana and Puerto Rico — soon after the introduction, he added.

Cape Air partners with a number of airlines, including a codeshare with JetBlue Airways on many of its flights. In Boston, the carrier operates from Terminal C adjacent to JetBlue, which is the largest airline at Logan airport.

The regional carrier does not have any plans to launch new routes with the Traveller. Goddard said that, even with improved performance from Cape Air's Cessna fleet, the range is limited by the “human body.” Neither aircraft has a toilet.

Cape Air will use the Travellers to replace its entire fleet of 83 Cessna 402s.