A fun flight, with views to boot: What it was like flying Cape Air 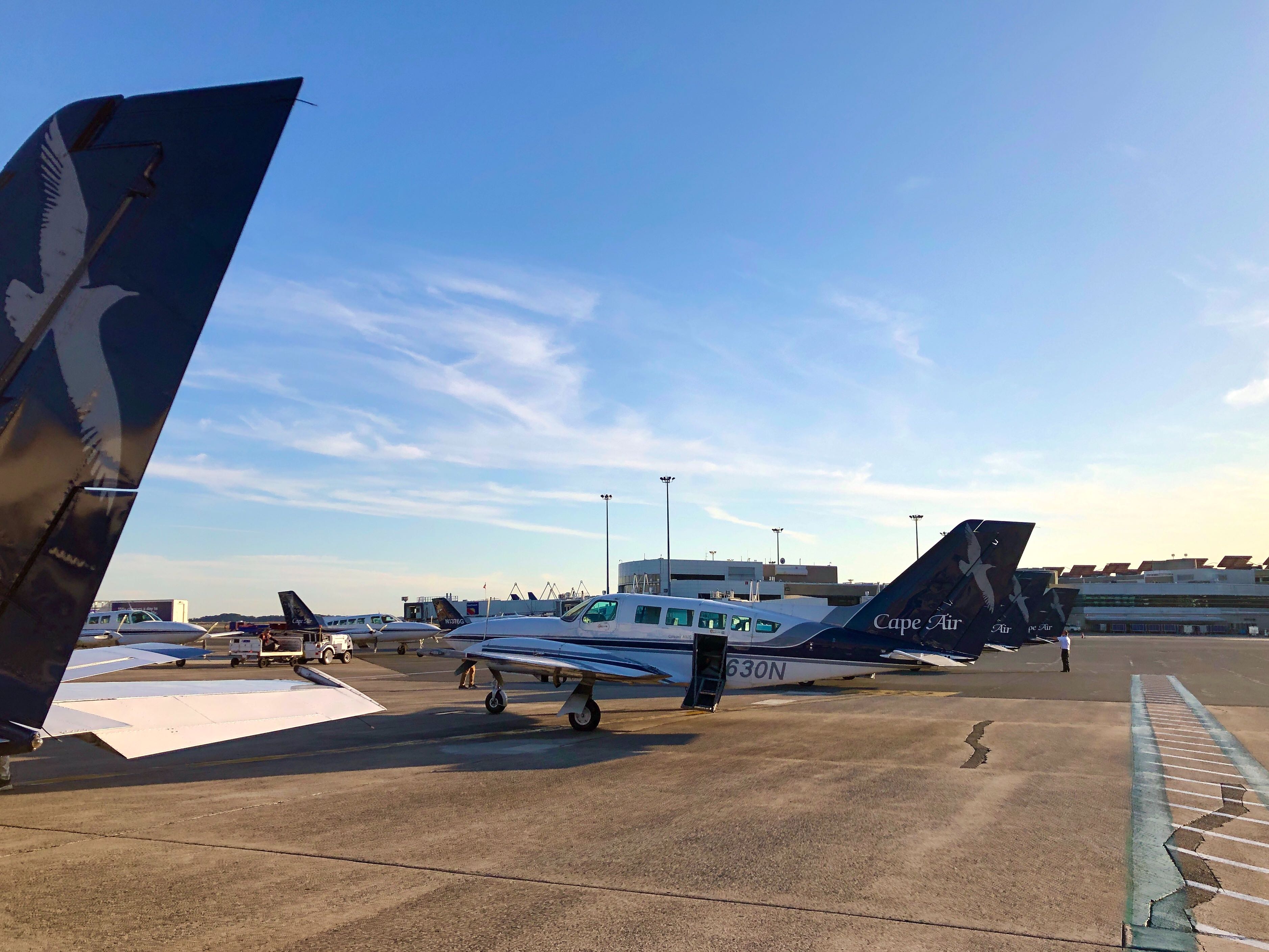 Flying Cape Air is fun. There, I said it.

Seldom in this age of segmented cabins, “preferred” seats — with fees for nearly every seat except those in the last few rows of economy — and coveted-but-elusive complimentary upgrades would many say the experience on domestic flights is fun. That's a truth even for those who like flying.

Cape Air is different. At few other airlines do we check in for a flight, not care about our seat assignment — all nine seats on their Cessnas are good with panoramic views — and have the chance to sit in the co-pilot's seat for the approach into Boston Logan (BOS).

Based in Hyannis (HYA), Massachusetts, the regional airline launched in 1989 with a fleet of Cessna 402s. It filled the void between Boston and places like Martha’s Vineyard (MVY), Nantucket (ACK) and Provincetown (PVC) left by the demise of Provincetown-Boston Airlines the same year.

The scenic opening sequence of "Wings," the 1990s sitcom centered around a crew of characters at a fictional Nantucket airport? That was a Cape Air plane doing the flying.

In Boston, Cape Air’s main base, the carrier operates from Gate C-27 in Terminal C. Check-in is like any other airline, either online or at the counter, except you and your bag must be checked for weight and balance. If you checked in online, the airline does this at the gate.

Cape Air’s Logan Terminal C location makes connecting with their codeshare partner JetBlue Airways a breeze. Gates for both airlines are inside the same secure area.

Passengers transferring in Boston to Cape Air from other airlines can walk to Terminal C outside of security from any of the airport's other three terminals. American Airlines and United Airlines, both of which allow AAdvantage and MileagePlus members to earn miles on Cape Air flights, operate from Terminal B at Logan.

Then, when one boards a Cape Air flight, things get really exciting.

Cape Air flights board from the ground at all airports. At Logan, that involves descending a set of steps to the tarmac then waiting for a ramp agent to escort you to your aircraft.

To get to the aircraft, one walks along the line of Cessnas waiting to go to the islands — or up to places like Rockland (RKD) in Maine or Saranac Lake (SLK) in New York. Once you're on board, it's first come, first served for the seats. Many flights even offer the opportunity to sit in the co-pilot seat. Hands away from the controls, please!

The days of flying in the right seat of a Cape Air Cessna are numbered, however. The airline will introduce its first new aircraft, the Tecnam P2012 Traveller, in December. Cape Air plans to replace its entire Cessna 402 fleet in the coming years, and passengers will not be able to fly in the co-pilot seat on the Tecnams.

Departing from Logan is a blast. Cape Air flights are part of the normal departure flow from Boston, so your aircraft can taxi to the runway behind anything from an Embraer E-Jet to the occasional Airbus A380, which British Airways and Emirates fly to Logan.

The best part of Cape Air, though is the flight itself. Many flights cruise at lower altitudes than typical regional flights, owing to the short distance and the aircraft. This results in spectacular views of Boston Harbor and Cape Cod when you're flying to points on the cape or the islands.

On a recent trip from Boston to Hyannis' Barnstable Municipal Airport, the Cape Air flight took a direct path down the coast. The Cessna's windows provided a panoramic views, including the flight's approach to Runway 15 at the Hyannis airport.

You don’t get landing views like these on most airlines! @capeair approach to Hyannis ???? #avgeek

Arriving in Hyannis was short and sweet. The three passengers on the flight deplaned quickly with none of the fuss to get bags as on most flights. Though there was a wait for the ramp agent to pull our luggage from the luggage compartment, it took about a minute, and from there we walked into the airport's 2011 terminal.

A post shared by Airport Architecture (@airportarchitecture) on Oct 16, 2019 at 4:20am PDT

The flight arrived at Barnstable Airport's Gate 1. Baggage claim was adjacent to the gate, though none of the passengers needed baggage claim; their bags were handed to them in the terminal, and car rentals and taxis were just steps from the gate.

Flying Cape Air is a throwback in this age of ever-larger narrow-body jetliners, segmented cabins and shrinking legroom. You don't fly them for the inflight amenities —there's just one, the view — but the airline provides a great experience and vital, year-round connections to many communities in New England.

For example, Cape Air began year-round flights to New York-JFK from Martha's Vineyard and Nantucket last month. The target demographic of those flights isn't New Yorkers going to the islands for an off-season weekend, but to provide a connection from those communities there to New York — something Cape Air can do with only nine seats to fill and a partnership with JetBlue at JFK.

Cape Air also flies to small communities in the Midwest from a base in St. Louis (STL), communities in Montana from Billings (BIL), and islands in the Caribbean from San Juan, Puerto Rico (SJU).

Fly Cape Air, by all means, if you get the chance. You will not regret it and, hopefully, you'll be echoing my father, who, after his first Cape Air flight flight earlier in October, texted me: "What a view!"