Articles
Summer Hull , aka Mommy Points, ran the Mommy Points site for families who want to travel more for less using miles and points for seven years. She now heads up a variety of special projects at TPG when she isn't exploring the world with her own two girls.
Follow
Oct. 20, 2018
•
4 min read 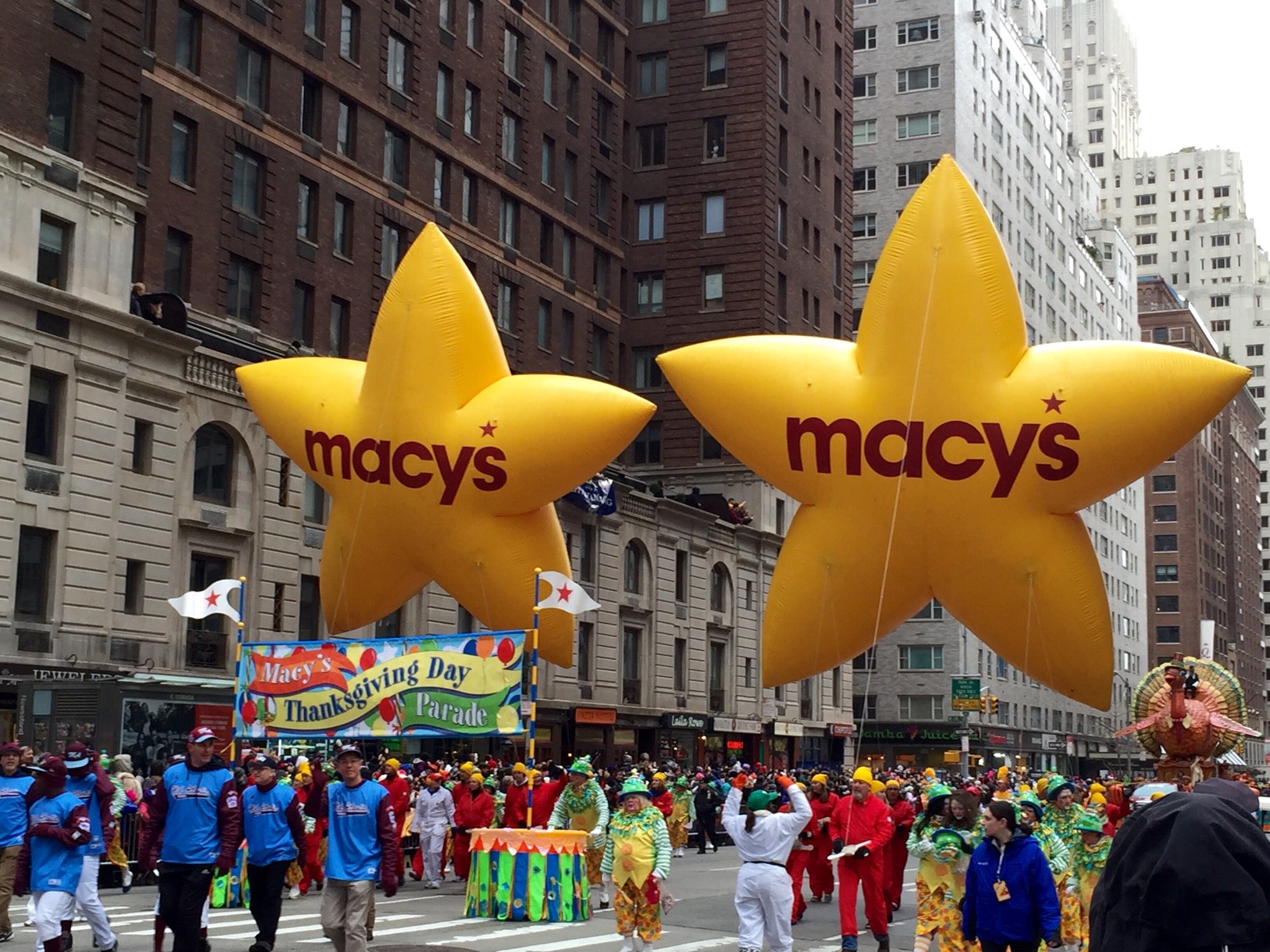 It's Not Too Late to Book Hotel Awards for the Macy's Thanksgiving Day Parade
This post contains references to products from one or more of our advertisers. We may receive compensation when you click on links to those products. Terms apply to the offers listed on this page. For an explanation of our Advertising Policy, visit this page.

The annual Macy's Thanksgiving Day Parade has been an American tradition since 1924. On Thanksgiving morning, the parade marks the (un)official beginning of the holiday season. While times and traditions change, the popularity of the parade has stood for almost a century. It draws well over 3 million New Yorkers and visitors along the 2.65-mile route that stretches from West 77th Street and Central Park West down to Herald Square.

I'm totally gaga for all things holiday, so years ago, I took my daughter and parents to the Macy's Thanksgiving Day parade using points to stay at the close-to-the-parade-route St. Regis New York. We learned many tips from watching the parade on the Manhattan streets on that cold November morning, such as how early to get there, what to bring and why you should actually see the massive balloons the night before. I highly encourage you to check out those tips in the linked article above.

We have previously covered great hotels from where you can potentially even view the parade from inside, but this late into the game, those options right on the parade route are largely booked. That said, availability can change so don't give up if your dream property isn't currently available.

The good news is that there are still plenty of other hotels you can book with points that aren't far off the parade route that travels south along Central Park West from 77th Street to Columbus Circle, turns onto Central Park South and then heads south down Sixth Avenue toward Macy's at Herald Square.

Macy's says there are great views from West 59th to West 38th Streets and further down 6th Avenue, but the real key is to stay at a hotel within walking distance so you don't have to add dealing with subway issues to your list of (very) early morning activities.

Here are 10 NYC hotels that currently have availability for November 21, so you can line up bright and early on Thanksgiving morning to see the parade for yourself. You may even recognize several of these hotels from our top family-friendly NYC hotel recommendations.

The night before the Thanksgiving Day Parade is a great time to use points because paid rates at many of those hotels are quite high. For example, the Courtyard Marriott Herald Square is selling standard rooms for about $400+ per night, so using 35,000 Marriott Rewards points per night instead is a great decision. If you already had a 35,000-point certificate from the Starwood Preferred Guest® Credit Card from American Express or similar then this would also be a great time to use it.

We all have "bucket list" dream trips that points can help make possible, and if seeing the Macy's Thanksgiving Day Parade in NYC is on your list, it is not too late to book a hotel to make that happen.