Articles
Gene Sloan has written about cruising for more than 25 years and for many years oversaw USA Today’s award-winning cruise site. He’s sailed on more than 150 ships.
Follow
May 06, 2020
•
6 min read 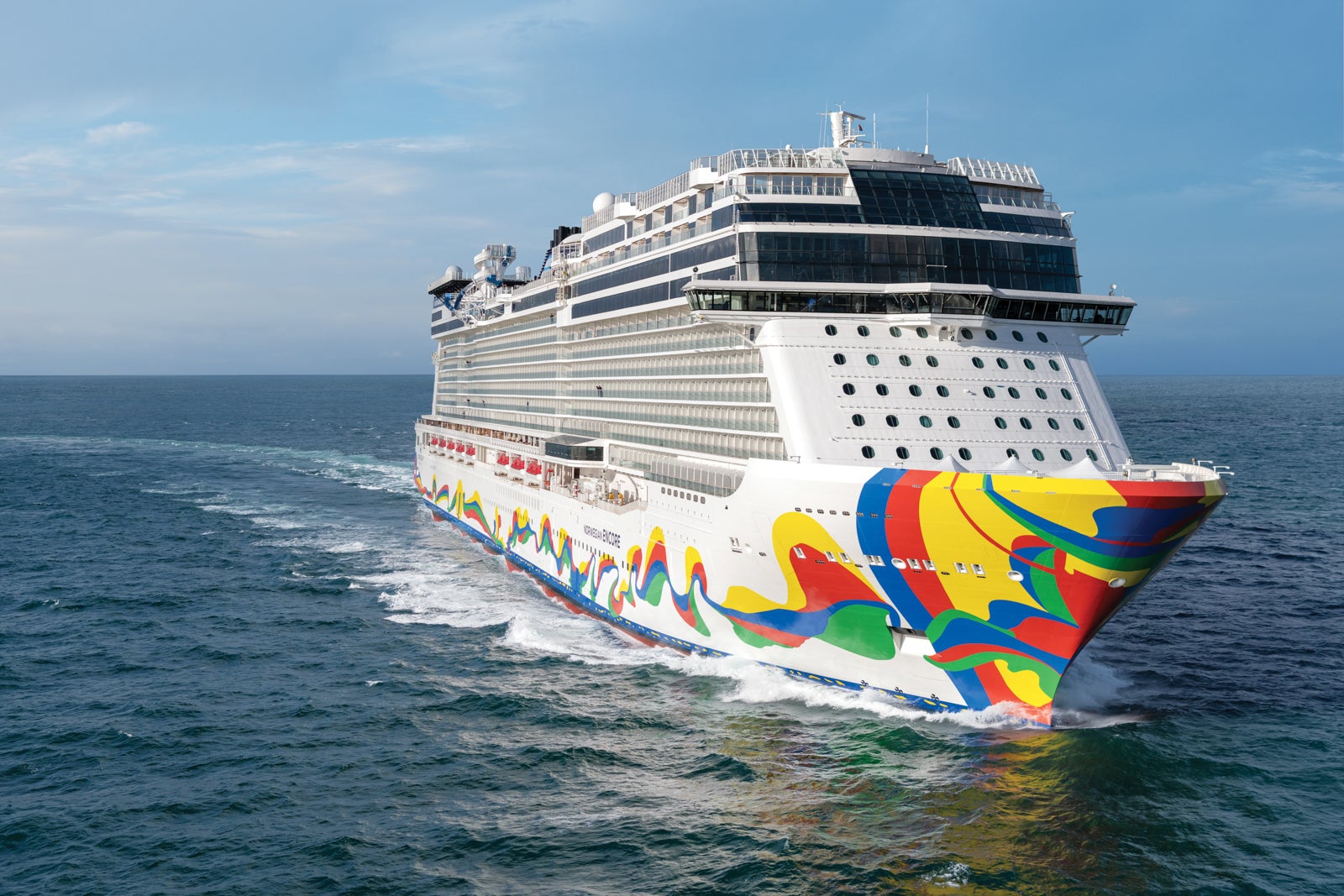 The news from Norwegian Cruise Line Holdings on Tuesday was grim.

In several regulatory filings, the parent company of Norwegian Cruise Line, Oceania Cruises and Regent Seven Seas Cruises said there was "substantial doubt" about its ability to "continue as a going concern." Citing a cash squeeze from the complete shutdown of its operations due to the coronavirus outbreak, it said it didn't have enough liquidity to meet its obligations over the next 12 months. It raised the specter of bankruptcy.

This clearly was troubling news for cruisers with bookings on its three lines, as well as those holding future cruise credits with the lines. Here at TPG, we began hearing from such people within hours of the filing.

But the news isn't quite as dismal as some of Tuesday's media coverage of the filings would suggest. For starters, a collapse of the three lines isn't imminent. If it happens, it's unlikely to happen for more than a year. And it may not happen at all.

In recent days, Wall Street analysts who follow Norwegian Cruise Line Holdings have estimated it could survive at least through the end of the year, and maybe longer, with the cash and cash equivalents that it has on hand, even in a worst-case scenario where cruising doesn't resume.

But that was before taking into account additional money the company could raise by selling new debt and equity to private investors -- something it was in the process of doing on Tuesday. Indeed, the filings on Tuesday with the U.S. Securities and Exchange Commission (SEC) were in conjunction with specific efforts the company was making to raise an additional $2 billion.

As of this morning, those efforts to raise more money appear to have been successful.

What Norwegian said on Tuesday

The Norwegian Cruise Line Holdings filings on Tuesday -- there were four in all, comprising more than 72 pages -- painted a bleak picture of the company's current business situation.

In addition to lost revenue from canceled sailings, the company cited reduced demand for still-on-the-books sailings. As of April 24, advanced bookings for the remainder of 2020 were "meaningfully lower" than the prior year, the company said. Bookings for 2021 and beyond were down, too, albeit only "slightly." Pricing also was down, while cancellations were up.

Perhaps more notably, the company suggested the future of cruising was a big question mark.

"We cannot predict when any of our ships will begin to sail again or when ports will reopen to our ships," the company said in one of the filings. "Moreover, even once travel advisories and restrictions are lifted, demand for cruises may remain weak for a significant length of time, and we cannot predict if and when each brand will return to pre-outbreak demand or pricing."

The company said it was cutting costs by furloughing staff, seeking temporary relief from debt payments and trying to raise additional money through debt and equity sales. But the success of such efforts in solving its cash flow issues weren't a given, it said.

"The company does not have sufficient liquidity to meet its obligations over the next 12 months, assuming no additional financing or other proactive measures," the company said.

Note that last phrase: Even as that sentence was sending shock waves through the cruising world on Tuesday, Norwegian was well on its way to securing such additional financing.

Related: When will cruising resume? Here's our best guess

What Norwegian is doing

Tuesday's regulatory filing laid out Norwegian Cruise Line Holdings' plans to raise $2 billion through a mix of debt and equity sales, but it didn't give a timetable for such sales.

Early Wednesday, we learned the timetable was about as rapid as could be. In another regulatory filing with the SEC, the company said it had secured $750 million through a private placement of unsecured exchangeable notes due in 2024 and $675 million through a sale of senior secured notes. The latter notes pay an interest rate of 12.25%.

The company also priced $400 million of common stock at $11 a share and sold private equity firm L Catterton another $400 million in exchangeable senior notes due in 2026.

The transactions were "priced" on Tuesday, will "trade" today and are expected to "settle," or be finalized, on Friday.

In total, the transactions will bring $2.225 billion into the company's coffers.

Contingent on the transactions being completed, Norwegian Cruise Line Holdings will have about $3.5 billion of liquidity, enough to carry it through a shutdown to cruising lasting well over a year, the company said today.

The odds of a Norwegian bankruptcy

Even before Norwegian Cruise Line Holdings' overnight success in arranging debt and equity sales, Wall Street analysts weren't worried about a near term collapse on the company.

In a research note issued April 27, for instance, Barclays analyst Felicia Hendrix estimated the line had enough liquidity to last eight months, assuming about half of people on currently canceled sailings ask for a cash refund and half take credits.

Related: Here's why you shouldn't take a voucher for a canceled cruise

But now that the company raised over $2 billion this week, its window of survivability has been pushed well into 2021.

In a research note issued Tuesday, leisure analyst Harry Curtis of Instinet estimated that a sale of $2 billion in debt and equity would give the company enough liquidity to survive 18 months without a resumption of cruising.

Curtis suggested the warning in Norwegian Cruise Line Holdings' regulatory filing on Tuesday about the future of the company as a going concern was just a very worst-case scenario should this week's financing activity fall through.

"We believe that the company’s lawyers advised this warning ahead of announcing [the] $2 billion financing," he said.

Norwegian Cruise Line Holdings isn't completely out of the woods. As the company noted in its filings, the uncertainty surrounding the duration and severity of the COVID-19 outbreak is such that there's "no assurance as to when and at what pace demand for cruise vacations will return to pre-pandemic levels, if at all."

If the shutdown of the cruise industry lasts long enough, or the eventual comeback of cruising is slow enough, there's no cruise company that can survive. But, for now, the prospect of a financial reckoning day at Norwegian is still far off.