Articles
Samantha Rosen was one of the first 20 employees at TPG. She started as the site's first full-time social media editor and also served as its lifestyle editor.
Follow
May 21, 2020
•
6 min read 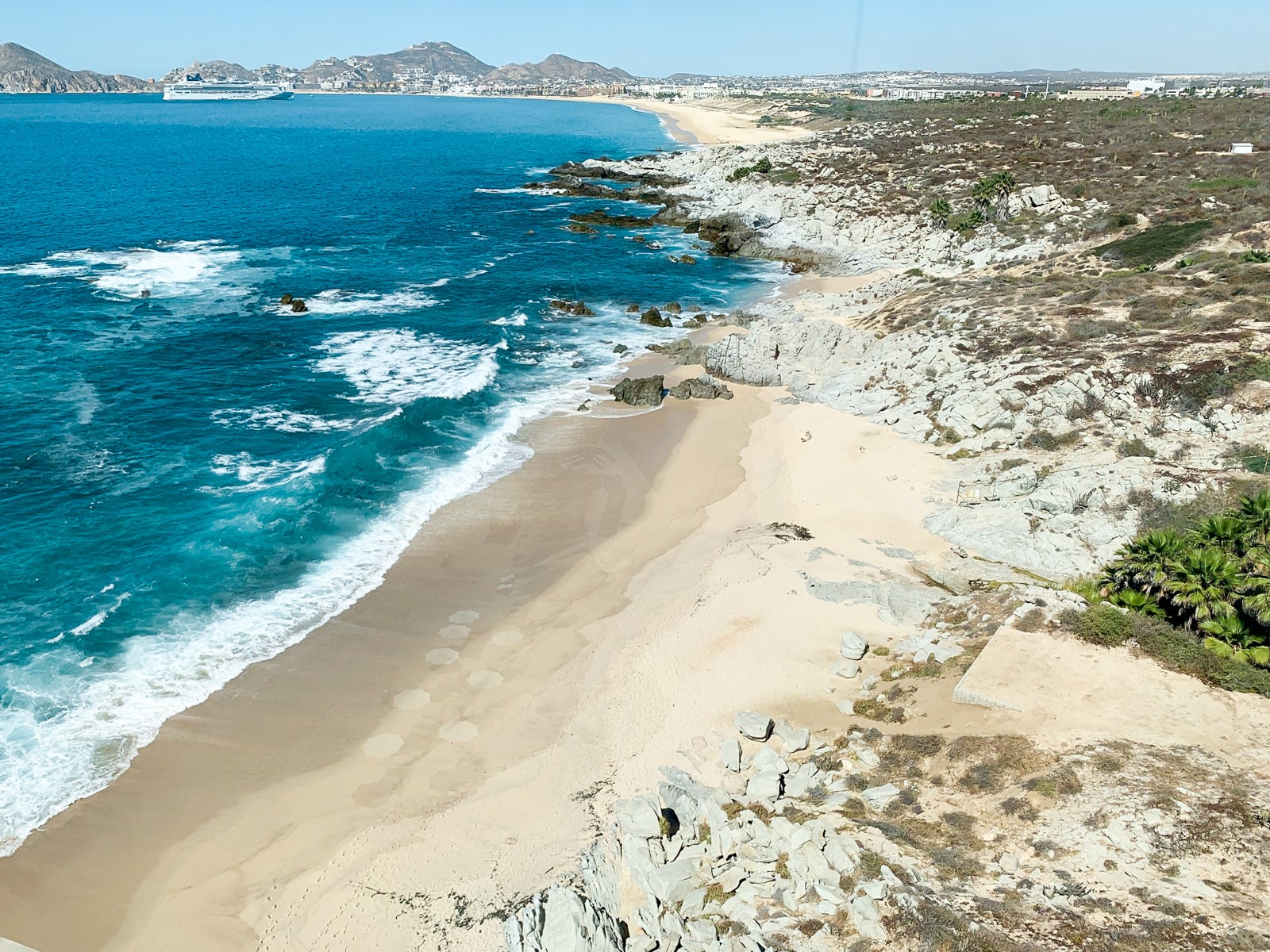 There are small signs of hope as the world grapples with the ongoing coronavirus outbreak. While the results of reopening countries and economies remain to be seen, optimistic travelers have found themselves cautiously looking at the prospect of booking future travel.

News recently emerged that popular tourist destinations in Mexico, including Los Cabos, Cancún and the Riviera Maya, plan on reopening for travel this summer. The General Health Council, the country's top advisory council on the coronavirus pandemic, is aiming to introduce a "spotlight" system, ABC News reported. This will guide local communities on how best to proceed.

That said, nonessential travel between the U.S. and Mexico will continue to be restricted, according to Acting Secretary of the Department of Homeland Security (DHS), Chad Wolf. "Nonessential travel will not be permitted until this administration is convinced that doing so is safe and secure," the DHS said in a statement.

Though Mexico is eager to welcome back tourists, these border restrictions could keep Americans from returning until at least June 22, Reuters reported.

In the meantime, popular tourist destinations are devising plans and strategies to welcome back guests when the time is right. Tourism, of course, is big business in Mexico. In 2018 alone, the country made $22.51 billion in tourism revenue, according to Statista.

Here's what we know about Mexico's reopening plans right now, as well as when you might be able to travel there.

The Los Cabos Tourism Board recently announced its reopening plans, and is eyeing a five-phase plan starting on June 1 that extends through the first quarter of 2021.

In June, officials will be focusing on health and safety standards, and travel will be limited. But come July, the international terminal at Los Cabos International (SJD) will open, and international visitors will be permitted to enter. From August to September, Cabo is planning to "slowly recover" national and international arrivals, especially those postponed in March and April.

Related: Why the JW Marriott Los Cabos Beach Resort & Spa is one of the best values in North America

The board is also hoping that, from October to December, luxury travelers will return, as well as groups from Canada and the United Kingdom. By the first quarter of 2021, the board is projecting 60% of air connectivity will be restored, as well as 80% of bookings.

If you're hoping for a trip there in the near future, you might be able to take advantage of solid deals. For example, at the JW Marriott Los Cabos Beach Resort & Spa, nightly weekend rates in July and August start at $218. Award rates are also favorable — just 35,000 points per night, thanks to Marriott's PointSavers promotion.

On the east side of the country, officials are also looking forward to some semblance of a tourist season. The governor of Quintana Roo, Carlos Manuel Joaquín González, is aiming to reopen the area to tourists between June 8 and 10, after originally targeting a June 1 opening date, according to Travel Off Path.

Last month, the Quintana Roo Tourism Promotion Council noted, "Some of the airlines, through virtual meetings, that have announced they are resuming their operations at the Cancun International Airport are Air Canada, Air Transat, Delta Air Lines, Copa Airlines, Air Europa, Sunwing, Southwest and Aeroméxico."

That said, airlines have not made any public announcements about resuming these routes as of publication time.

Related: Here's what to consider if you're thinking about booking future travel

A quick search on Google Flights did show some availability from the New York-area airports to Cancun International (CUN), including nonstop flights on JetBlue and connecting flights on Delta via Atlanta Hartsfield-Jackson International (ATL).

Popular hotel chains in the area, such as the Excellence Collection, are planning to open its various locations throughout July. For example, the Excellence Riviera Cancun reopens June 12 and the Beloved Playa Mujeres will reopen July 1.

Points hotels are also showing some availability. The Ritz-Carlton, Cancun will open July 1, and rates start at $205 or 50,000 Marriott Bonvoy points per night.

The Hilton Playa del Carmen will also open July 1. Here, rates start at $271 per night or a whopping 92,000 points nightly.

Mexico isn't the only travel hot spot planning on reopening to tourists in the coming weeks and months. Officials in Greece announced they were aiming to open the country up to tourists in June. Additionally, Iceland said it would welcome international travelers back “no later than June 15."

Only you can decide when you'll be ready to take an international trip, though we recommend considering all the advisories; talking to your doctor; heeding the guidance of health and government officials; and familiarizing yourself with local travel restrictions.

Also, keep in mind that many restaurants and attractions will likely still be closed, or will be operating under a lot of restrictions, so your experience might not be exactly the way you imagined it. Additionally, a Global Level 4 Health Advisory is still in effect for the U.S., advising U.S. citizens to avoid all international travel due to the global impact of COVID-19.

If things change and you do decide to book a trip to Mexico this summer, be mindful of both hotel and airline cancellation and rebooking policies. Many airlines have shifted to temporarily allow travelers to book new flights now and cancel for a refund or travel credit later, often with the ability to make changes within the next year and even into 2021. You should also consider protecting your trip with a travel insurance policy that allows you to cancel for any reason.