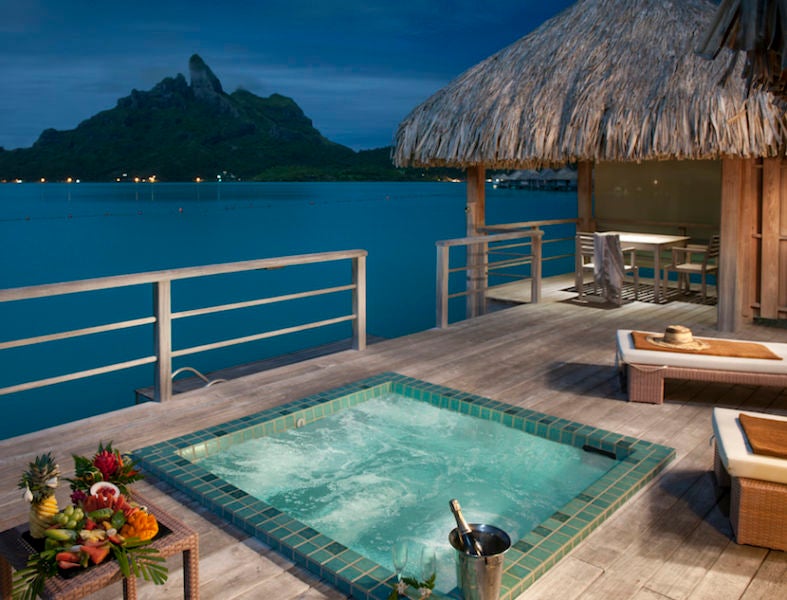 Which Marriott Category 7 Properties Are Behaving Badly?
This post contains references to products from one or more of our advertisers. We may receive compensation when you click on links to those products. Terms apply to the offers listed on this page. For an explanation of our Advertising Policy, visit this page.

I'd wager to guess that many TPG readers would like the chance to book some of the most luxurious Marriott properties in the world for as little as 48,000 points per night (when getting the fifth night free). This first became realistically possible on September 6, but the process has been anything but seamless. Bookings for many of these properties are still only available via the Marriott app, and award space has been difficult to find.

"What’s interesting is that it’s largely ex-Starwood hotels that have had challenges with award availability. One highly placed source with direct knowledge of the matter tells me there are two reasons for this,

However the ability for hotels to play games with inventory is on the way out. Hotels are transitioning to the Marriott revenue management system, and that will drive availability rather than property discretion. And all legacy Starwood properties should be on this system by December 11."

As Gary concludes, this leaves a three-week booking window from December 11 til January 1 where availability at Category 7 properties will likely increase. For those same three weeks, the luxury Marriott properties are bookable for 60,000 points per night before the Category 8 band on the new award chart is put into effect in 2019. After that, most of these hotels will cost 70,000-100,000 points per night based on the season.

Which Properties Are Playing Games?

I used both the Marriott desktop website as well as the chain's mobile app to check some of the most sought after properties for award nights through the end of the available booking calendar. I approached my search keeping in mind what one Category 7 general manager told me: the typical occupancy rate for a standard room is 45%. Marriott's no-blackout policy states that as long as a standard room is available for booking, it should be bookable with points.

This makes it unlikely that all the standard rooms in a property would be unavailable for long periods of time, which means we should see rooms bookable with points. Here's what I found...

A Bedouin Suite is the standard room that should be available for points when it's for sale, and the desert oasis did have availability via the mobile app for almost every single date I checked (award nights do not show on the booking page of the desktop site). This availability has gotten significantly better in the last few weeks, as previously it had very spotty award night space.

The property is closed for the winter season from November 4 to April 15, according to both the mobile app and desktop booking site, but when it's open, a Vibrant Suite is the standard room available to book with points. The property has only 40 rooms and it appears any date when a Vibrant suite is available, you can book with points on the mobile app. During the peak season of June through August, dates are extremely sparse for award bookings as you might expect, but are open in April and September of 2019.

Verdict on the Mystique: Playing Fair

A superior room is the base room that should be available to book with points, but something funny is going on at this hotel. The St. Regis Rome is one of the few Category 7 properties that lets you look at flexible dates for award bookings on the Marriott website:

Award nights are currently blocked from Dec. 24 until exactly July 1. Not a single date for the first half of 2019 has a standard room available, a highly unlikely scenario. Only Deluxe rooms — which look identical to the Superior Room in the photos — are available for cash from Jan. 1 to July 1. With rates starting at just under €500 per night, I find it hard to believe every superior room is sold out for exactly six months.

I emailed the general manager of the W Koh Samui, who responded promptly promising a follow up phone call, but I have not been able to get in further touch since that time to ask about this lack of availability.

A one-bedroom Reefside Pool Villa — which is not an overwater bungalow — is the standard room that should be bookable with points. However, it's hard to decipher exactly what's going on with availability at this property. There are random, single dates available but no multi-dates available for award bookings as of this writing. On the other hand, I've looked at the availability several times over the last couple weeks and it's always changing, including five days opening up a couple weeks ago.

That being said, the newest date to open for booking a year in advance has not had availability whenever I check. It's hard to believe, at a property where customers all want to stay in overwater bungalows, that the five standard rooms would be booked every day the calendar advances.

It's great to see some properties with open availability. However, with the availability patterns displayed above in addition to the information we've gleaned from Marriott sources, I'm confident in saying there is some intentional availability manipulation (or property revenue management laziness) occurring at some of these properties.

It's sad to see this, as these properties would not be as popular as they are without the Marriott and SPG loyalty programs. In return for choosing to stay at Marriott properties and putting spend on Marriott and SPG co-branded cards, customers are faced with a manipulation of legacy IT systems, making the properties unbookable with points.

We may see availability patterns change as December 11 approaches and passes and the hotels change over to Marriott's revenue management system. But for now, continue to check the Marriott mobile app on a daily basis if you want to book these properties, and hope you get lucky.