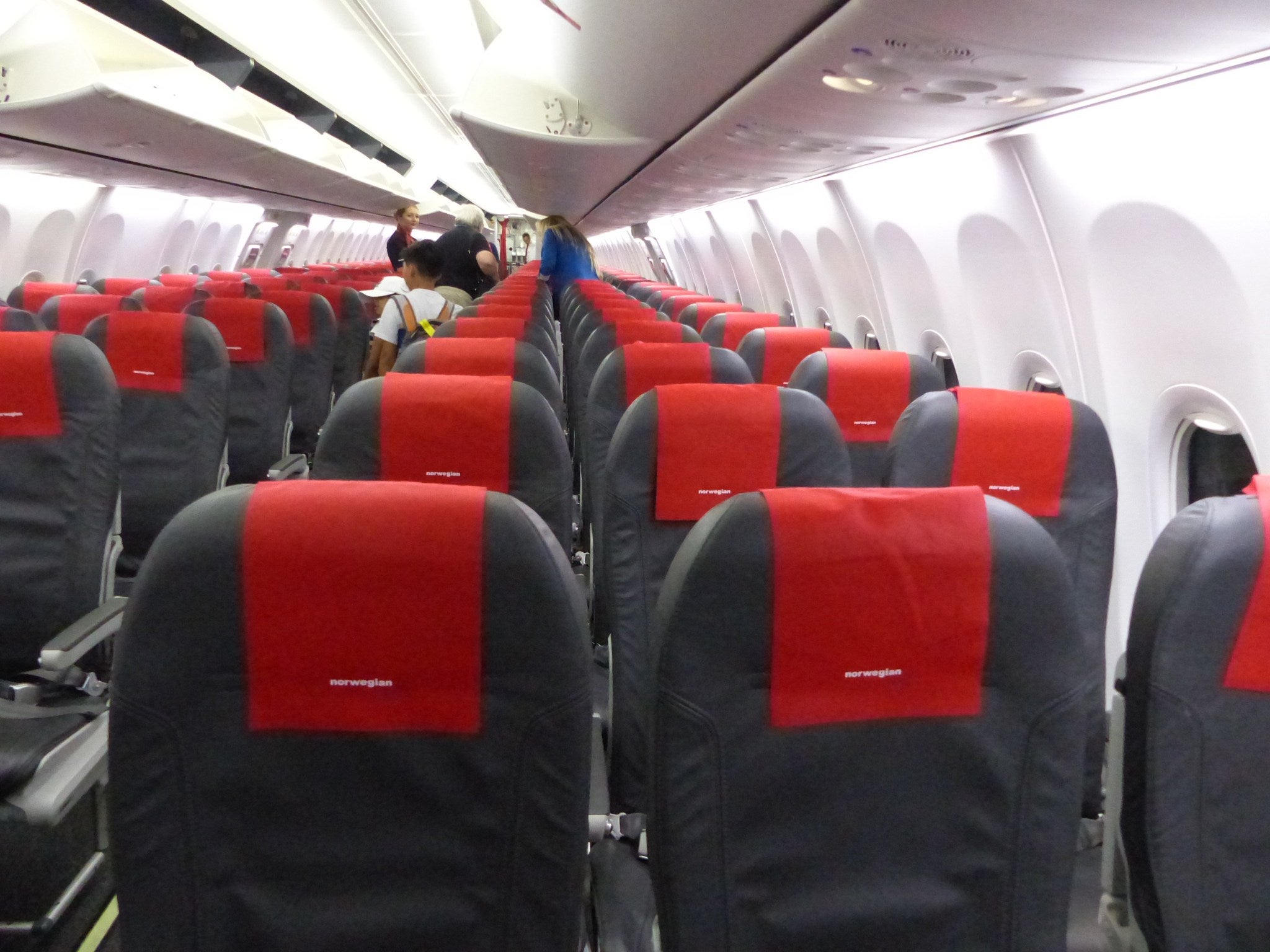 It's a tough time to be in the airline business.

Not only is there an impending global pilot shortage, but fuel prices have been at their highest in years, jumping about 33% compared to Oct. 2017 and 50% year-over-year during the summer. Airlines around the world have been scrambling to compensate for their suddenly higher operating costs. For some, that means raising fares, edging up fees and pushing premium products; for others, it means shutting down operations altogether. Two low-cost European airlines — Cobalt and Primera — abruptly shut down in October alone, while others are showing signs of distress. Industry experts are predicting more low-cost carriers will close in the next few months, maybe even before the year is out.

So why can some airlines pass along the cost of fuel to flyers, while others are crumbling under the financial pressure?

The pinch of soaring fuel bills is evident. JetBlue, for instance, said in its earnings call on Tuesday that its quarterly fuel bill was up 37% year-over-year, while Delta admitted its 2018 fuel tab so far has been $2 billion higher than in 2017. Fuel is the single biggest expense for almost all airlines, comprising about a quarter of all expenses so far this year, according to the Wall Street Journal.

Throughout the year, airlines have experimented with how high they could raise fares to balance out their fuel costs, with most major carriers predicting they would be able to pass costs onto flyers and recoup the billions of dollars guzzled up by gas prices. The major carriers — including United, Delta and JetBlue — seem to have found their sweet spots with this method, but the low-cost carriers still seem to be faltering under the crippling weight of the price of oil.

At the end of 2018's third quarter, the biggest US carriers have largely managed to counter their rising fuel bills with higher revenue. In fact, some carriers not only made a profit, but they are saying the quarter was one of the best ever for revenue.

The fact that pretty much only major carriers have been able to do this is not a fluke.

"An airline with strong brand preference can recover supply-cost variations quicker and more fully," Mann said. Two of the airlines that prove this, he said, are Delta and United. Those two legacy carriers are among the airlines that have done the best job of passing fuel costs onto their customers.

United, for one, said in its third-quarter earnings call that it expected to recoup about 90% of the $2.5 billion more it spent on fuel in 2018. The airline closed its profit gap because it had such strong demand from travelers, it was able to pass on the extra costs to passengers by raising fares. In fact, United president Scott Kirby said the quarter was "one of the best revenue environments we've ever seen.''

Likewise, Delta president Glen Hauenstein has been saying that financial times are good even with high fuel costs, thanks to unprecedented demand from flyers. Hauenstein noted on Delta's earnings call that the airline had its busiest summer ever.

Part of the reason United and Delta can charge more per ticket is not only strong passenger demand, but also because passengers perceive them as offering a higher level of service, and these airlines offer a mix of fares including more expensive tickets bought by business travelers loyal to the carriers, Mann said. Delta's Hauenstein said that the carrier's corporate fares have been surging past 2016's high levels, and he expects the trend to continue.

JetBlue said on its earnings call that it has been jacking up ticket prices to get some of the high gas expenditures back in its coffers. Airline executives noted that the carrier had "several" fare hikes in the quarter.

And those business travelers, or the companies they work for, tend to fork over more money for better seats, so airlines make more money. In the current strong economy in the US, businesspeople are traveling more.

Delta, for one, reported that its premium-seat revenues (for business class, premium economy and extra-legroom seating) jumped 19% in the last quarter. United and JetBlue also said premium seating did well for both of them, too.

Another opportunity for major airlines with loyal brand followings to squeeze additional money out of travelers? Hiking up ancillary fees, like how much it costs to check a bag.

In the last few months, every main US airline raised its checked bag fees to $30 for the first bag and $40 for the second — a $5 increase for both that has helped bring money back in. (You can avoid these higher fees by having elite status or holding certain credit cards.)

On the other hand, it's been a bleak few weeks for low-cost airlines, especially the ultra-low-cost end of the market. Newcomers Primera and Cobalt both closed up shop this month. Ryanair said its profits were down 7% for the quarter (though that may be due to widespread strikes, not fuel). WOW Air closed routes in St. Louis, Cincinnati and Cleveland that were less than a year old due to low passenger demand. Air Belgium, another startup airline, is hanging by a thread.

One reason ULCCs are struggling now is because their business models are more sensitive to fuel costs, Mann said, since those are a larger portion of their total costs. Plus their customer bases are largely price-seeking, which means they can't pass off the higher charges by increasing ticket prices. And a higher fuel bill puts more pressure on other problems with the company's business, like aircraft issues (problems with the Trent 1000 engine in Boeing Dreamliners, for instance, which caused expensive groundings) or labor disputes.

Mann said there is one ultra-low-cost carrier experimenting with higher prices and succeeding: Spirit Airlines.

Spirit has an extremely successful dynamic pricing model, in which it tests how much it can charge for extra fees like checked luggage or overhead bin space during different times of the year. The pricing model has been a huge boon for the carrier, especially the overhead bin space and baggage fee charges during the holiday travel season, according to Mann.

"Spirit has gotten creative and is doing well," he said. The budget carrier reported a third quarter net income of $97.5 million and predicted that unit revenue would grow by 6%.

But the other ULCCs haven't seemed to learn from Spirit's success yet. The one budget airline that Mann thinks is really on the brink? Norwegian Air.

There are "questions on the viability of the Norwegian model," he says. The long-haul low-cost business model is tough because "the benefits of low cost evaporate on long-haul routes," Mann explains, adding that low-cost carriers' business models require them to turn around planes in a flash between flights. "When they fly internationally, the ability to recover time between flights shrinks," he adds, noting that international clearance issues, customs, security protocols and longer fueling all delay the process.

High fuel costs and fleet issues are putting even more pressure on these issues for Norwegian, who reported weaker-than-expected earnings for the quarter.

The vultures have been circling Norwegian for a while, with British Airways parent company IAG making three failed bids for the budget carrier earlier this year. Now, Ryanair's CEO Michael O'Leary is making jabs at the airline, saying last week that it's "inevitable" more low-cost airlines will be shutting down over the next few months.

"We think it's certain," O'Leary said. "There will be more and larger failures this winter." Then, in a direct swipe at Norwegian, O'Leary added:

"Our focus will be on one of the two major Scandinavian airlines. We think one or the other of those are the most likely to fail this winter."