Formerly a 'wasteland' of points hotels, Las Vegas is awash with options for those loyal to chains

Articles
Nick Ellis joined The Points Guy in 2016 as an intern and is now Reviews Editor, primarily responsible for arranging, writing (some of), editing and publishing reviews of hotels and airport lounges along with helping manage, write and edit travel content.
Follow
April 22, 2021
•
6 min read 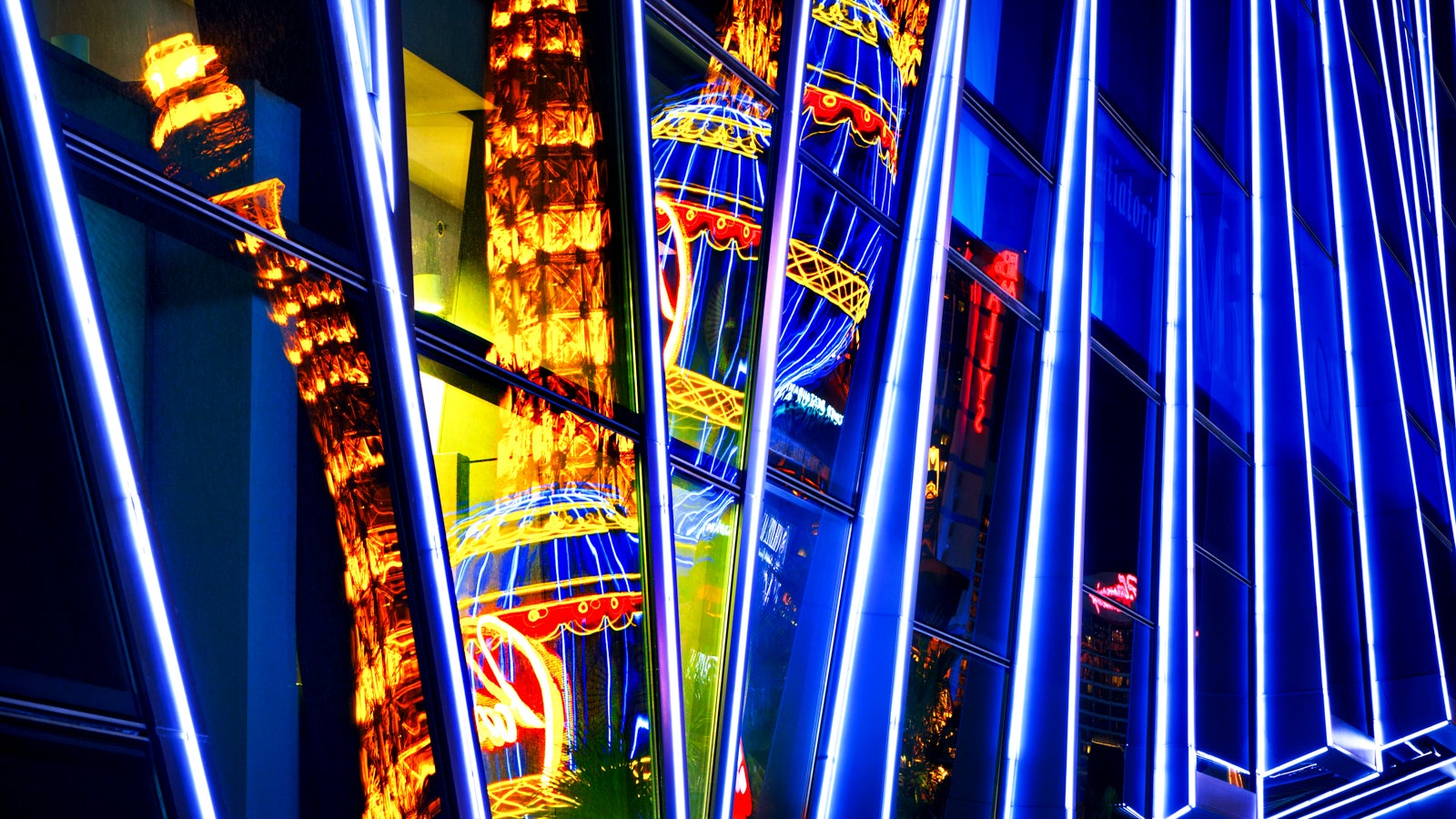 In the 1950s and 1960s, as Las Vegas began its transformation into the gambling, entertainment and dining mecca it is today, the city (The Strip had yet to be developed) was dotted with independent properties like Binion's, Sahara, the Sands, the Dunes, Tropicana and more.

Some of these properties still operate today, but many have been relegated to the history books, providing the curious with a look into the Las Vegas of the past, before the arrival of The Strip and its hyper-commercialized (for better or worse) approach to lodging, entertainment, dining and even the sacred pastime of the city: gambling.

Now, the Las Vegas Strip is chock-full of megaresorts, with many of the world's largest hotel brands having a flag (or multiple) in the city. While some may lament the overshadowing of the Las Vegas of yesteryear, there's no doubt the pervasiveness of hotels affiliated with major chains has been a boon to travelers with points to burn -- and it looks like that trend is only going to continue.

Together, the three properties will bring 3,500 hotel rooms to the Las Vegas Strip and, along with them even more ways for Hilton Honors members to earn and redeem points for stays.

Resorts World is sure to become a destination unto itself, with so many options for dining and nightlife. In fact, it just announced that Celine Dion, Carrie Underwood, Katy Perry and Luke Bryan are joining the entertainment line up, along with previously announced headliners Tiesto and Zedd.

Hilton also welcomed the recently opened Virgin Hotels Las Vegas to its Curio Collection -- though the property is off The Strip, it gives fans of the Hilton family yet another desirable option at which they can use -- and earn -- points.

In recent years and decades, just about all of the major global hotel chains have made inroads in Las Vegas.

Hyatt has been a major player in Las Vegas for several years thanks to its partnership with M Life, the loyalty program of MGM resort properties. The arrangement allows World of Hyatt members to match status to M Life as well as earn and redeem points at the MGM portfolio of resorts.

In Las Vegas, that means a total of 13 MGM properties (in addition to two Hyatt Place properties in the area) for World of Hyatt members to choose from, including the Mirage, the Bellagio, The Signature at MGM Grand, Vdara, Aria, NoMad Las Vegas, Park MGM Las Vegas, MGM Grand, New York-New York Hotel and Casino, Excalibur, Luxor, Delano Las Vegas, and Mandalay Bay.

IHG has a number of mid-range hotels in the Las Vegas area, but the crown jewels in its Vegas crown are The Venetian and The Palazzo, a pair of iconic, Italianate towers filled with high-end shopping, massive casinos, multiple pools and nightlife options and, of course, a replica of Venice's Grand Canal.

Thanks to the partnership with IHG Rewards Club, members are eligible to receive elite benefits (if applicable), earn points on stays and redeem points for free nights.

Marriott, the world's largest hotel chain, has numerous properties in the Las Vegas area, ranging from Fairfield Inn and Suites to higher-end, laidback resorts from Westin and JW Marriott away from The Strip. But on Las Vegas Boulevard, its claim to fame is the massive Cosmopolitan, part of the Autograph Collection. This is an endlessly popular option for visitors to Las Vegas, thanks to the multitude of dining, drinking and entertainment options found right on site.

And, according to Marriott's website, another JW Marriott will be opening on The Strip, but we'll have to wait until 2023 (at least) before we see that happen.

Even smaller players that get less attention than the four major hotel groups have a big presence in Las Vegas.

Take Wyndham, for example. The chain may not be your first (or second or third) choice in many markets, but it has numerous properties in Vegas, including some of the biggest names on The Strip such as Harrah's Las Vegas, The Linq Hotel + Experience, the Flamingo Las Vegas, Caesars Palace, Nobu at Caesars Palace, The Cromwell Las Vegas, Bally's Las Vegas, Rio All-Suite Hotel and Casino, Paris Las Vegas and Planet Hollywood Resort and Casino. And there's Radisson, which has the ever-popular Treasure Island in its portfolio.

Hilton has clearly doubled down on its position in Las Vegas with the opening of the gigantic Resorts World complex.

But it's far from the only major player in town. Over the years, just about every major hotel chain has expanded its presence in the city, giving points travelers a truly dizzying amount of hotels to choose from.