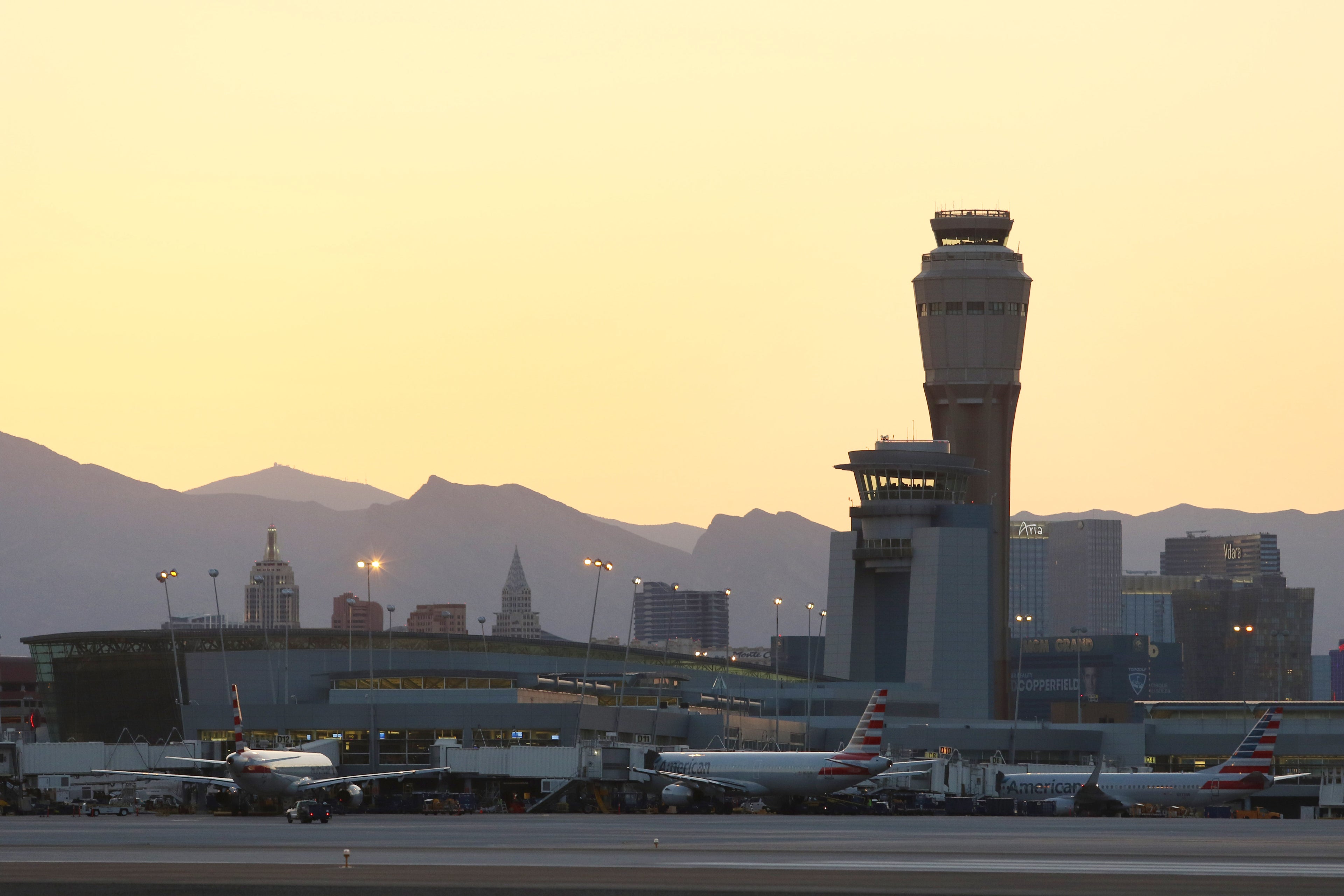 Las Vegas airport set to hit record 50 million passengers
This post contains references to products from one or more of our advertisers. We may receive compensation when you click on links to those products. Terms apply to the offers listed on this page. For an explanation of our Advertising Policy, visit this page.

One lucky traveler landing at Las Vegas McCarran International Airport on Thursday will be regaled as the facility's ceremonial 50 millionth annual passenger ever, as the airport marks a new record as it continues to grow.

McCarran (LAS) is on track to pass the 50 million passenger mark sometime this month, officials said Thursday. The airport handled 43.1 million travelers from January through October, or about 4.3 million a month, likely putting the annual number well over the record mark when the busy Thanksgiving and December holiday seasons are included.

The annual traffic record is the latest to fall at McCarran this year. In October, the airport saw its busiest month ever with 4.61 million passengers passing through its doors.

“The record passenger volume we’re seeing here at McCarran speaks to the widespread appeal of Las Vegas as a destination," said Rosemary Vassiliadis, director of aviation for Clark County, Nevada -- where Las Vegas is located -- in a statement. "They’re coming for leisure, for sporting events and concerts, and they’re coming for business meetings and conventions."

Las Vegas is far from alone. Nationally, airline passenger numbers have risen steadily for several years, hitting the record 1 billion annual passengers mark for the first-time ever in 2018, according to U.S. Department of Transportation data. That number is expected to rise further this year, with passenger numbers up 3.9% to 848 million during the first 11 months of 2019.

The growth in Las Vegas is largely driven by strong domestic demand. Domestic passenger numbers rose 2.8% year-over-year from January through June compared to a 1.4% drop in international passengers at the airport, the latest available DOT data via Cirium shows.

Bargain carriers including Frontier Airlines, Spirit Airlines and Sun Country Airlines are among those growing the fastest at McCarran. Seats are forecast to increase nearly 39% on Frontier, nearly 24% on Spirit, and a whooping 82.5% on Sun Country year-over-year in 2019, according to Cirium schedules.

Related: Check out this timelapse video of Las Vegas airport

The domestic growth comes despite a focus on attracting more international flights. Landing a nonstop to Japan is airport officials' main focus, with McCarran's chief marketing officer Chris Jones describing a flight to Japan as "hugely important to us" in an interview with TPG in September.

American Airlines sought a slot at Tokyo's Haneda International Airport (HND) from the DOT for a new nonstop from Las Vegas earlier this year. However, it was only awarded authorities to serve Haneda from Dallas/Fort Worth (DFW) and Los Angeles (LAX).

Also in 2019, Norwegian Air confirmed that it would not resume seasonal service to Las Vegas this winter, and Hainan Airlines -- the only carrier connecting McCarran to China -- significantly reduced the number of flights it offers from Beijing. However, Las Vegas did land a new nonstop to Amsterdam (AMS) on KLM.

"I’m excited to see what’s in store for 2020 and beyond as even more projects come online that we know will draw additional travelers to Southern Nevada," said Vassiliadis.

Related: Las Vegas airport had its busiest month ever in October

Southwest Airlines is the largest carrier at McCarran, while hometown airline Allegiant Air, Frontier and Spirit all maintain sizable presences. The airport has been a hub for various carriers in the past, including America West Airlines and the short-lived second National Airlines.

With the steady passenger growth, Las Vegas officials plan to begin studying a new airport for the city. Environmental studies are set to begin next year on a facility that could open by 2040.

Updated with comments from Rosemary Vassiliadis, director of aviation for Clark County.