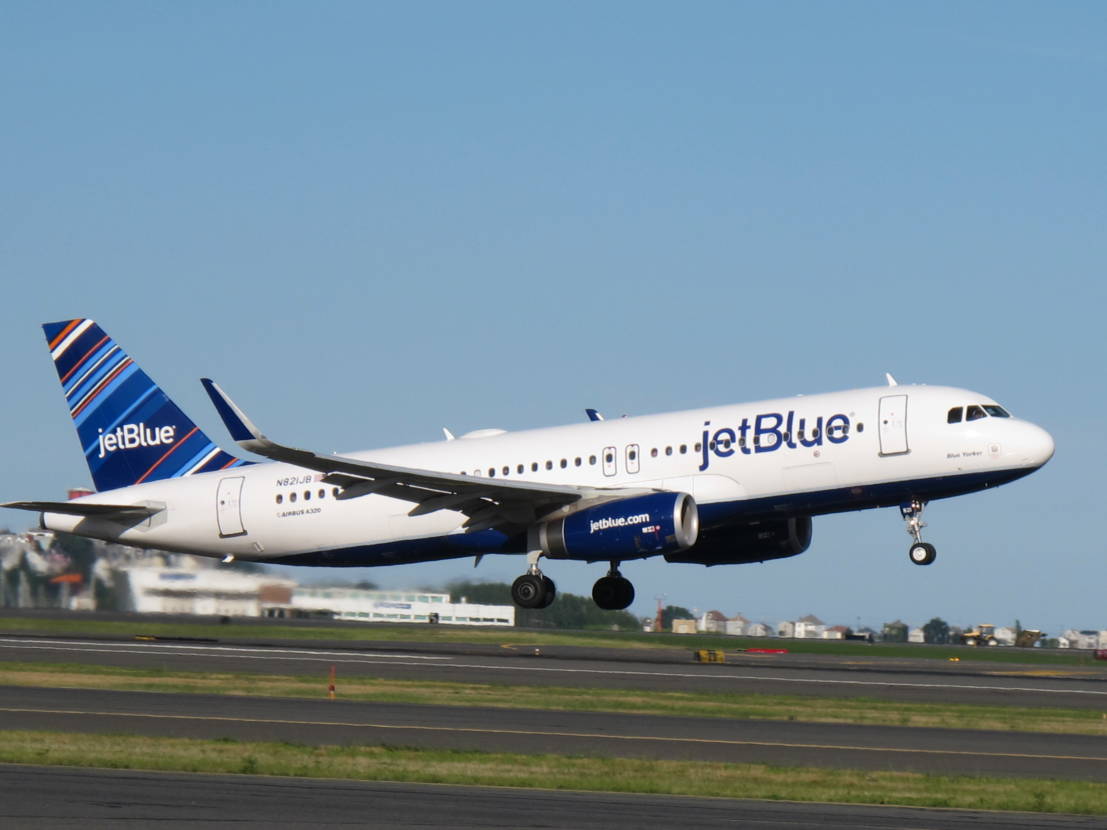 JetBlue's CEO Warns Air Travel Near 'Tipping Point' on Government Shutdown
This post contains references to products from one or more of our advertisers. We may receive compensation when you click on links to those products. Terms apply to the offers listed on this page. For an explanation of our Advertising Policy, visit this page.

With the government shutdown 33 days in, airline CEOs continue to sound the alarm about how the closure is affecting the aviation industry.

In its fourth quarter 2018 earnings call Thursday morning, JetBlue's CEO sounded off on the growing concern the airline has regarding the government shutdown.

"We are increasingly concerned about the shutdown's consequences for convenient and efficient air travel and for the economy overall," said JetBlue CEO Robin Hayes. "We are close to a tipping point as many of these employees [TSA/FAA/CBP] are about to miss a second paycheck."

However, Hayes did say that the airline has not seen a significant impact to its operations or bookings, but still issued warnings about the long term effects the shutdown will have on air travel.

"Our crew members and customers are likely to face extended security lines, flight delays and even cancellations. The longer this goes on, the longer it will take for the air travel infrastructure to rebound," said Hayes. "Our nations leaders must find a resolution to this stalemate today."

While Southwest's CEO Gary C. Kelly said today that his airline has lost $10-$15 million because of the shutdown, JetBlue appears to be in a better place for now.

"With regards to the government shutdown, to date we have seen very modest impact on demand, at this point we have not seen a material impact," said Marty St. George, JetBlue’s EVP Commercial and Planning.

Aside from shutdown woes, it's been a good day for JetBlue which significantly beat earnings estimates. It recorded quarterly earnings of $.50 per share, whereas the Zacks Consensus Estimate put the earning estimate at $0.42 per share.

A rise in the price of fuel and labor negotiations had led to a serious drop in profits for the first three quarters of 2018. But due to lower oil costs in Q4, cost-cutting measures the airline had implemented over the last two years, and the implementation of tax reform, the airlines profits have started to rebound. It grew revenue by 12% year over year, from $1.76 billion in fourth quarter of 2017 to $1.97 billion in Q4 2018. Adjusted net income grew by 50% from $103 million to $155 million.

JetBlue announced last year that it will follow in the footsteps of other airlines and roll out basic economy style fares. Now, new fare categories are expected to roll out in the fourth quarter of 2019, said Marty St. George.

It also expects to have 70 A320s outfitted with the new cabin interiors by the end of the year — that means new seats and larger, upgraded IFE screens.

The ever present question looms, will JetBlue jump into the transatlantic market with flights to Europe? The answer is still unclear, but it sounds like the airline will make a decision this year if it were to start flights to a destination like London or Paris from its hubs in Boston and New York JFK.

"Ultimately what will guide us is margin. When we talk about our transatlantic faults... some of these European markets like London are now some of the largest markets from Boston we don't serve," said Hayes. "During the course of the year we will communicate a decision."

Hayes added that if JetBlue were to launch any transatlantic routes, it would be able to offer a very strong premium offering (it's Mint business class product) at much lower fare. Hayes caveated that if these new flights would remain a very small part of the airline's overall ASM and cost structure.

The airline will be taking delivery of its first A220 in 2020 and with the imminent ETOPS certification of the aircraft, it's possible the A220 could become a jet that ferries passengers across the ocean. However, it sounds like that won't be the case for JetBlue, at least anytime soon.

"The primary role of the A220 is to replace the E190, that is the focus. Most of our thinking around a potential European expansion from our focus cities of Boston and JFK have really been around the A321LR platform, beyond that there may be a lot of different opportunities that may emerge," said Hayes. "That's so far out into the future that it's not something we are spending a lot of active time considering right now."

The A220 delivery schedule has shifted with just one coming in 2020, that's down from the anticipated five — this is to "ensure we have selected the best business partners for the aircraft interiors from an economic and customer experience standpoint."

That isn't the only hold up, instead of taking 13 A321neos this year JetBlue will only get six because of delays on Airbus' end — JetBlue has orders for 85 A321neos and 60 A220s. Note that the delivery schedule chart below does not include the delays to the A321neo.