Articles
Emily McNutt is The Points Guy's Global News Editor and is based in London.
Follow
Sept. 28, 2018
•
3 min read 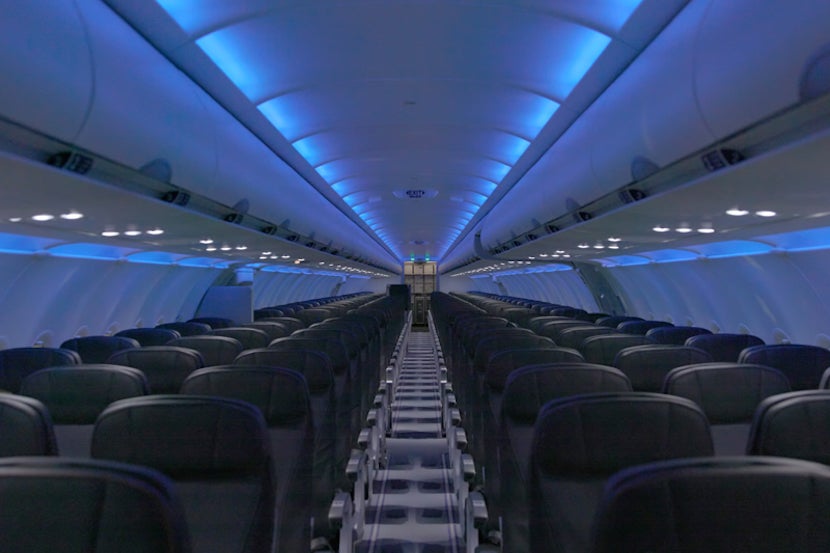 JetBlue to Introduce a Basic Economy Fare Option
This post contains references to products from one or more of our advertisers. We may receive compensation when you click on links to those products. Terms apply to the offers listed on this page. For an explanation of our Advertising Policy, visit this page.

The time has finally come: JetBlue is introducing its own version of basic economy. Beginning "later next year," JetBlue will change up its fare options to attract those looking for the lowest fare without worrying about sacrificing the add-ons.

JetBlue is calling the new basic economy fare "Blue Save" — at least for now. The Blue Save fare class will join Blue and Blue More. (Note that in the blog post announcing the change, JetBlue said that these are working labels for now and not actual brand names.)

At this point, it seems like JetBlue is fairly unsure of exactly what Blue Save will entail. Currently, the carrier says that passengers who purchase this basic economy option "will agree to some limits, which might include things like boarding order, seating and change/cancellation flexibility."

While the carrier says that basic economy passengers can expect those cuts to the experience, they'll still have access to the same spacious seats, free inflight entertainment and Wi-Fi, free snacks and soft drinks, a carry-on bag and personal item included. Yes, you read that right. It appears JetBlue is going the route of allowing Blue Save passengers to bring both a personal item and a carry-on bag for free.

"Ultra-low-cost carriers and basic economy options created a big market for bare-bones fares, and internet comparison sites encouraged more people to shop solely on price," JetBlue President and COO Joanna Geraghty said in a blog post. "At JetBlue, we never liked the 'no frills' approach. But with these competitors now offering basic economy on many routes we fly, Customer behavior suggests our success is at risk if we do not disrupt this market by lowering fares without sacrificing the experience."

The carrier says that currently, very few people select the Blue Flex option. Instead, it's making that higher-level option more broadly appealing. As such, it'll offer those customers additional benefits, such as expedited access in the airport and the continued ability to change or cancel flights without penalty. The Blue fare option will remain the same as what's offered today.

As far as what the introduction of basic economy means for Mosaic members or those that hold any of its cobranded JetBlue credit cards, the airline isn't sharing how the addition will impact those flyers. "We’ll announce to our Mosaic customers how their specific benefits will apply to each fare as we get closer to launch," a JetBlue spokesperson told TPG.

While basic economy generally isn't the best news, JetBlue appears to be limiting the restrictions on its version of the fare.

"We've all heard the horror stories from Customers about ultra-low-cost travel," Geraghty said in her blog post. "JetBlue can do better for them."