The TSA Requests Backup Via Email and Other Government Shutdown News

Articles
Jordan Allen has produced content for TPG on everything from travel trends to flight deals.
Follow
Jan. 23, 2019
•
5 min read 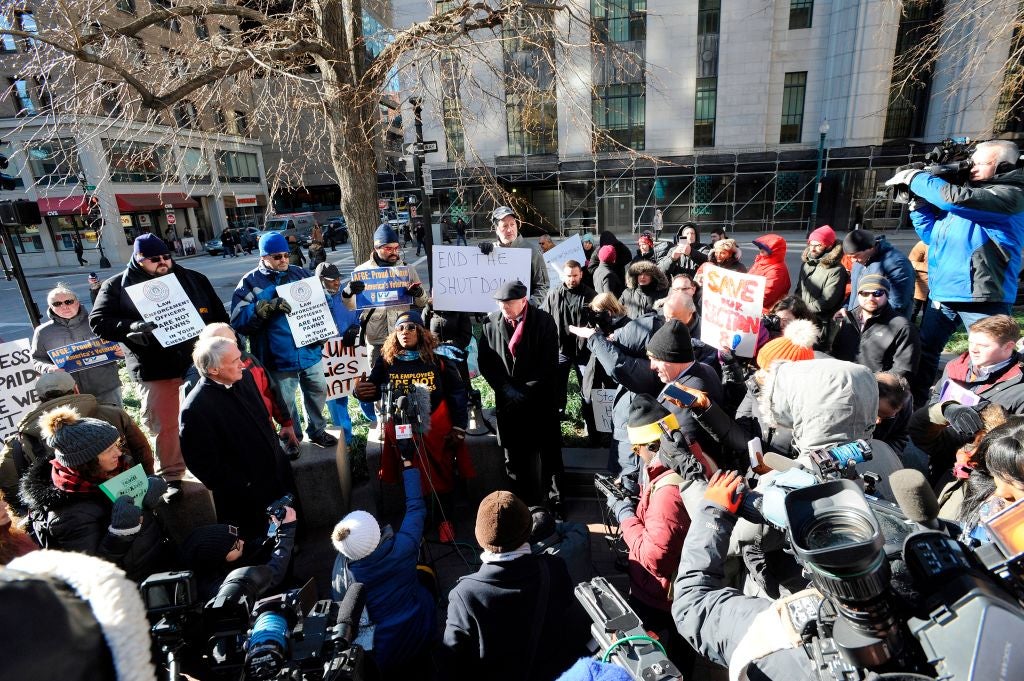 The TSA Requests Backup Via Email and Other Government Shutdown News
This post contains references to products from one or more of our advertisers. We may receive compensation when you click on links to those products. Terms apply to the offers listed on this page. For an explanation of our Advertising Policy, visit this page.

In an email sent out to employees by the TSA, the government agency is asked for 250 backup officers to temporarily relocate to the short-staffed busier airports.

In the email, obtained by CNN, the TSA seeks volunteer agents from unaffected airports to high traffic ones -- for example, Atlanta, which is expected to experience a high influx of passengers next weekend due to the Super Bowl. And, it is mentioned that those who do step in will have their hotel and travel costs paid.

This is the TSA's second request for backup agents since the start of the shutdown. CNN reports that it was sent to officials in more than 10 states with more than 100 airports. It also reveals that the National Deployment team -- which is a TSA response team usually sent to airports to fill staffing gaps due to natural disasters or large events -- has already been dispatched in Atlanta, New York, Chicago and elsewhere.

As the partial shutdown inches closer to the five week mark, financially strained TSA agents have been calling out of work at alarming rates. On Sunday, 10% of TSA agents called out sick -- a record high compared to last year's 3.3%. And with Friday marking the second missed paycheck for these workers, things aren't looking good for the understaffed high-traffic airports.

On Thursday, the Senate is set to vote on two proposals that have the potential to end the shutdown, one of which will temporarily fund the government through Feb. 8 and the other to fund the wall. Neither are expected to pass.

Uber CEO Dara Khosrowshahi confirmed that many furloughed federal employees have been turning to the ride share app to earn money during the partial shutdown. “We haven’t quantified [how many new drivers have joined], but it’s definitely happening in DC, and it’s happening to the most need," said Khosrowshahi on CNBC's Squawk Box. "We’re hoping that this ends."

Uber isn't the only gig-economy business that's seen a rise in employment since the shutdown. Postmates reported a “significant spike” in applications for delivery roles since Dec. 20 and Lyft, in a statement to BuzzFeed News, said that they “encourage those in need of extra income to consider driving with Lyft,” because it is “a reliable way to make ends meet and can help these workers fill in the gap during this uncertain time.”

Originally, the barbecue was planned to honor the passing of Southwest co-founder, Herb Kelleher. However, as a gesture of gratitude to the unpaid workers, Southwest decided to extend an invitation to TSA agents. "What better way to celebrate then to show our appreciation, not only to our employees, but to the TSA, who works very hard for us on a daily basis," Steve Bernhardt, Southwest's Oakland Station Leader, told KRON.

Federal workers at Salt Lake City International Airport (SLC) also received a gift in the form of food this Tuesday, but this time it was from the MayorJackie Biskupski, and it was free pizza.

Biskupski brought the TSA agents pizza both for lunch and dinner. She also is advocating that air travelers donate food to workers at bins in the airport, which have been set up just before security checkpoints. “Shutting down the federal government and holding hostage the dedicated civil servants who help keep our country safe is not how we should be debating immigration policy, or any policy in America,” said Biskupski to the Salt Lake Tribune.

The Utah food bank is also getting in on the giving back. On Tuesday, the bank brought a mobile pantry to SLC to distribute food to the unpaid staff. They also plan on setting up additional food donation bins outside security checkpoints and by he Touch n’ Go Convenience Store for those wish to donate both food and toiletries to unpaid government workers.

Yesterday, 65 TSA officers, air traffic controllers and supporters rallied outside the airport in protest of the government shutdown. Despite the rain, protesters stood outside the International Boulevard entrance holding signs and chanting.

Eddie DeLisle, regional vice president of the National Air Traffic Controllers Association, told The Seattle Times. “One missed paycheck is a problem, two is a crisis and three is a full-on disaster,” DeLisle said. “You’re taking an already exhausted workforce and stretching them thin.

Of the 800,000 furloughed federal employees working through the shutdown, 2,000 of them work at Seattle-Tacoma International Airport (SEA.) Seattle was one of the only two airports with an above average wait-time (33 minutes), according to a statement by the TSA.