Shutdown: TSA Preps for Its Busiest Day Ever, Monday After Super Bowl LIII 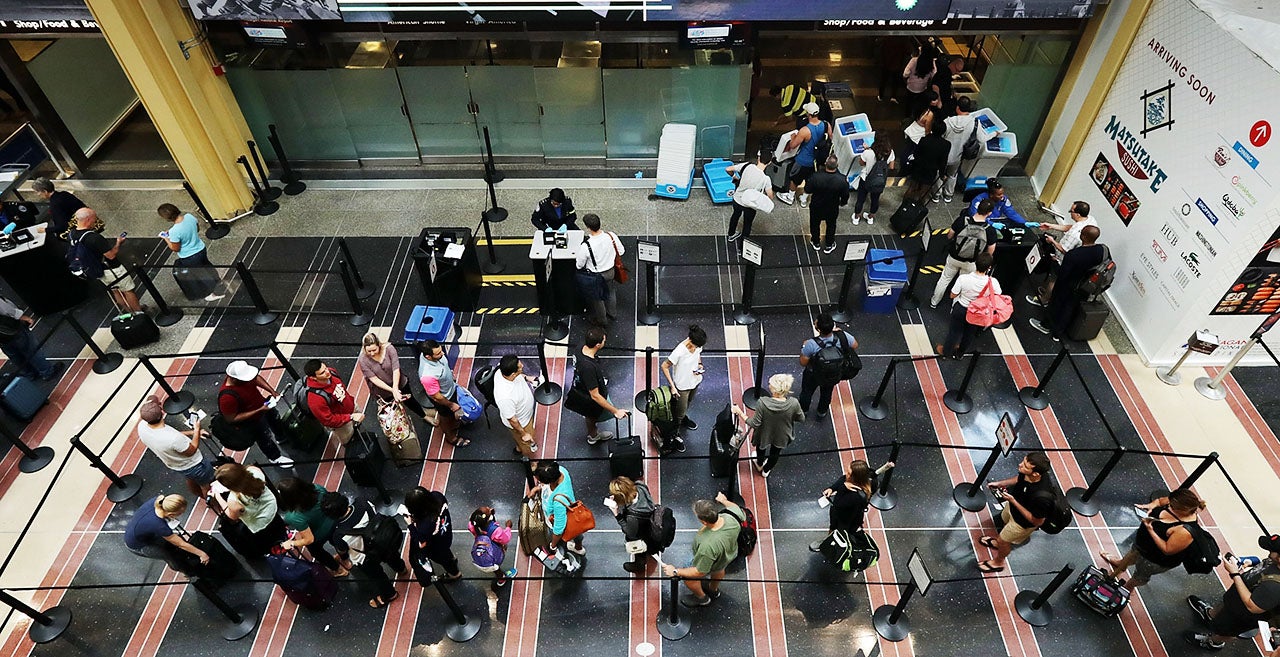 Shutdown: TSA Preps for Its Busiest Day Ever, Monday After Super Bowl LIII
This post contains references to products from one or more of our advertisers. We may receive compensation when you click on links to those products. Terms apply to the offers listed on this page. For an explanation of our Advertising Policy, visit this page.

In early February, tens of thousands of travelers will descend upon Atlanta's Hartsfield-Jackson Airport (ATL) to participate in Super Bowl LIII festivities and watch the Los Angeles Rams and New England Patriots vie for the iconic Lombardi trophy.

In fact, the Transportation Security Administration (TSA) predicts that Feb. 4, the Monday following this year's Super Bowl Sunday, will be the busiest travel day ever since the agency was founded in 2002. On that day, which Atlanta Mayor Keisha Lance Bottoms has dubbed "Mass Exodus Monday," the ATL airport expects to see about 111,000 passengers pass through security, a significant jump from its average 70,000 to 80,000 passengers per day.

And it will all likely be happening while the federal government is still shutdown.

"We are hosting one of the biggest, most-watched events in the world in just a few weeks, and there are real concerns about will our airport be up and functioning in a way that we need it to be," Bottoms said to CNN. "We have concerns, and it's my hope that the government shutdown will be over by the time the Super Bowl gets here."

Those concerns are legitimate, as Atlanta's airport — the busiest in the world — has seen some of the longest security line wait times of any US airport during the shutdown. Last week, some flyers waited nearly an hour and a half just to make it through the security checkpoint. TSA officers, not getting paid during the shutdown, have been calling out of work at notably higher rates. On Sunday, the TSA reports that 10% of its total workforce of 51,000 officers called out of work, compared to just 3.1% of its officers who called out for the same Sunday in 2018.To maintain staffing levels at some of the nation's busier airports, TSA has supplemented screeners from its National Deployment Force, a league of backup workers usually reserved for major events. Those additional screeners are abating long lines at not just ATL, but also Newark Liberty International Airport (EWR) and New York’s LaGuardia Airport (LGA).

"TSA has added officers from the National Deployment Force (NDF) to the ATL staff in order to bolster available screening officers at the airport, and will operate checkpoints to its fullest operational capacity while maintaining security standards," a spokesperson for the TSA said of preparations for Super Bowl travel in an email.

Planning for the Super Bowl game week security has been underway among several government and private agencies for at least nine months. "TSA’s Federal Security Director Mary Leftridge Byrd has been meeting with the NFL, SB Host Committee, City of Atlanta, Atlanta PD, FBI, a host of federal, state, local, private industry, airport and airline partners since May, 2018," the TSA said.

In addition to providing adequate staffing for the busiest travel day ever at the busiest airport in the world, the TSA will also be providing extra security at mass transit stations throughout Atlanta during the Super Bowl, as it has with similar events in the past. "TSA Legacy K9 teams and TSA VIPR teams will be providing assistance to the mass transit authority (MARTA)," the agency told TPG.

In the past, like when Super Bowl XLVIII was hosted in New Jersey in 2014, the TSA provided security assistance for the stadium, such as explosive-detecting canines in the parking lot around the stadium's perimeter. This year at Atlanta's Mercedes-Benz Stadium, the TSA will offer no such service, and the stadium security will be completely handled by the NFL.

Atlanta Police Department, for one, says it is "confident there will be no disruptions to the Super Bowl security plan as a result of the partial government shutdown," an Atlanta PD spokesperson told TPG.

Nonetheless, Super Bowl travelers, and anyone else transiting through ATL, should absolutely arrive at the airport early in the likely event that security lines snarl into long waits once again. "Those planning to fly into and out of Atlanta should contact their airport and airlines for current wait times," the TSA advises, "and plan to arrive at the airports two to three hours before domestic flights that weekend."