Articles
Jordan Allen has produced content for TPG on everything from travel trends to flight deals.
Follow
Jan. 22, 2019
•
3 min read 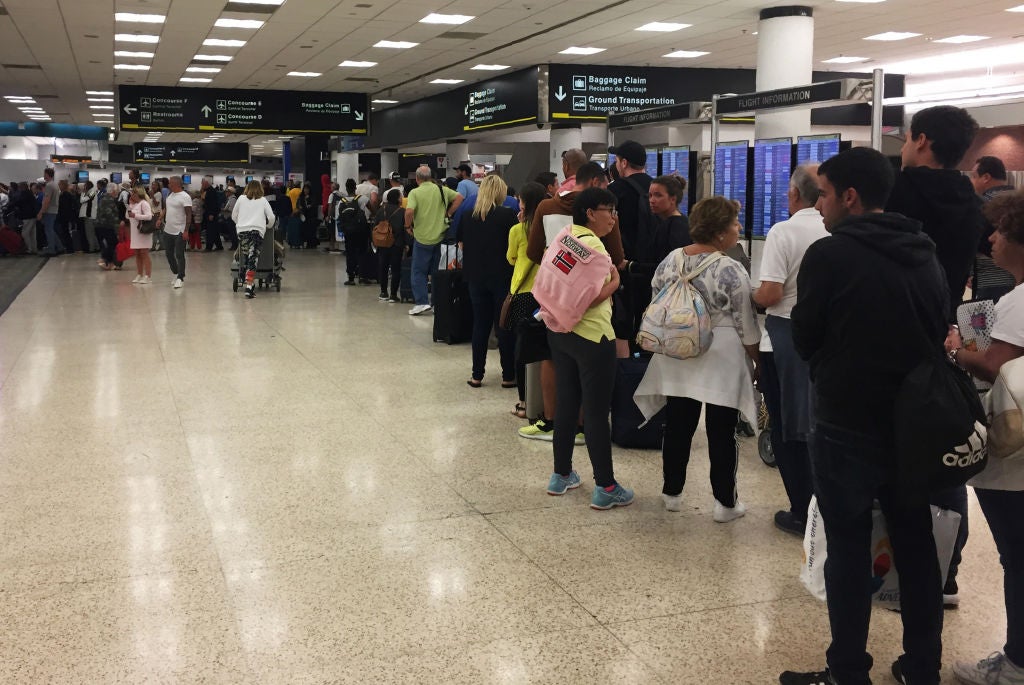 Most TSA Wait Times Below 30 Minutes and Other Government Shutdown News
This post contains references to products from one or more of our advertisers. We may receive compensation when you click on links to those products. Terms apply to the offers listed on this page. For an explanation of our Advertising Policy, visit this page.

Amid all the conversation about long wait times and insufferable lines at security checkpoints, the TSA says that the average air passenger waited less than a half hour to get through security at the top 42 US airports on Monday.

And passengers with TSA PreCheck waited an average of 5 minutes.

Although the TSA says that New Orleans Louis Armstrong International Airport (MSY) had only 19-minute long security lines, NOLA.com captured a video of a line at MSY that was so long that it nearly took over the airport.

On Monday, Association of Flight Attendants union leader Sara Nelson urged Congress to end the shutdown on a CNN segment. “If these workers can’t do their job, I can’t do mine. And these federal workers cannot cash thank yous. They can’t. They have stressors on their family. They can’t even put a tank of gas in their car to get it to work," Nelson said. She added that she believed that the unrest will lead to mass flight cancellations that could cause the system to "crumble and unravel."

"This is going to have a massive economic impact,” Nelson added.

A fellow union leader, Dan McCabe -- who is a spokesperson for the National Air Traffic Controllers Association -- supported Nelson's viewpoint. As pressures and financial strains mount, McCabe says he wouldn't be surprised if TSA staffers started walking off the job. “There’s no gauge as to where someone’s breaking point is at,” he said. “Is it one paycheck, is it two paychecks, is it four paychecks? My biggest fear is that as people reach their breaking point that they’ll begin to quit.”

After a month with no paycheck, furloughed government workers have been growing concerned about their health. CNN reported multiple accounts of workers that are currently unable to pay for vital medication for themselves and other family members.

While, yes, health insurance benefits for furloughed government employees continue despite the shutdown, the lack of pay makes some necessary medications, treatments and tests too expensive for them to afford. "With the shutdown and people having trouble putting food on the table, I'm worried this is an additional stressor," John Kostelnik, a federal law enforcement agent who had has been furloughed despite needing vital medical treatment, said. "We are the ones that are suffering."