JetBlue Hints at Flights to London in 2019

Articles
Max Prosperi is a part-time frequent flyer and travel writer and full-time student. Based in St. Louis, Missouri, Max covers a variety of topics with a focus on points, miles, and aviation.
Follow
Dec. 22, 2018
•
4 min read 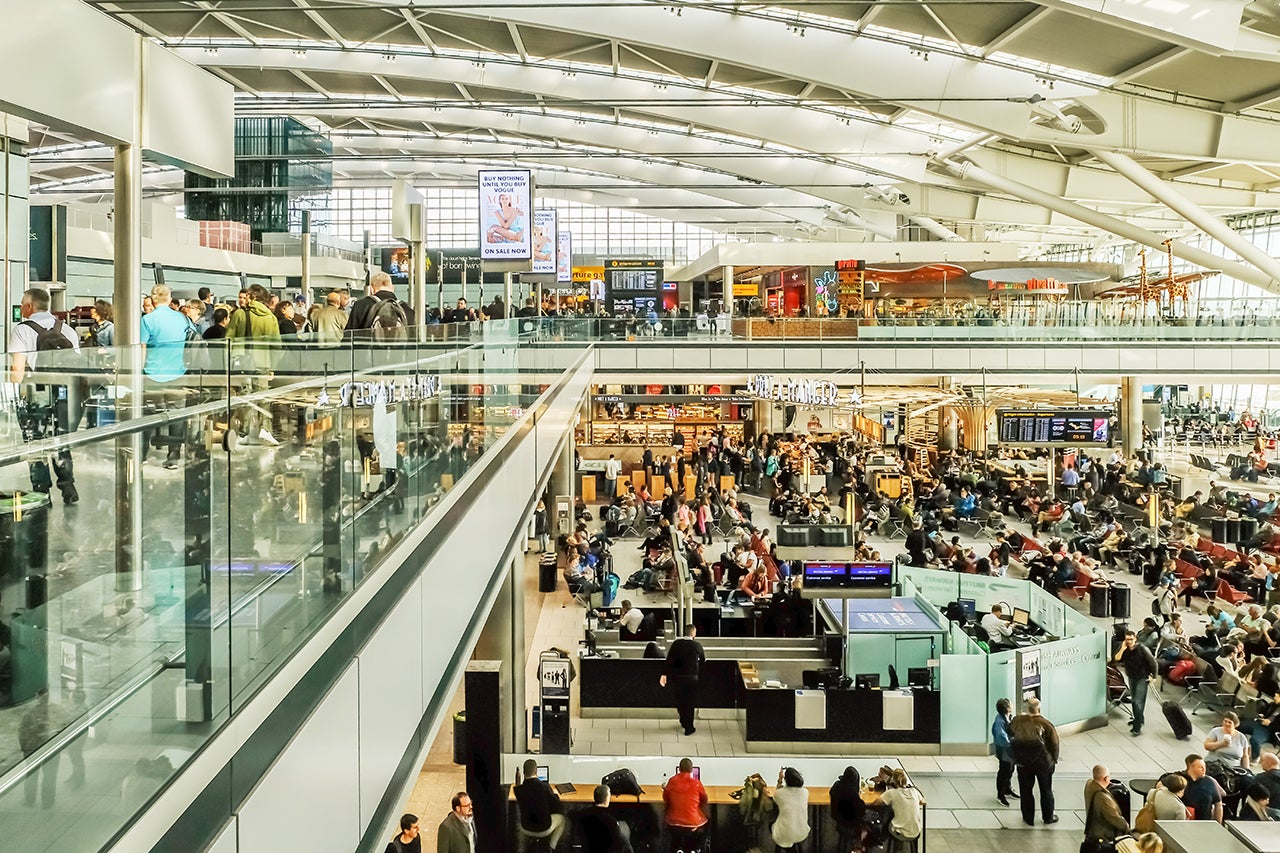 JetBlue Hints at Flights to London in 2019
This post contains references to products from one or more of our advertisers. We may receive compensation when you click on links to those products. Terms apply to the offers listed on this page. For an explanation of our Advertising Policy, visit this page.

It has long been speculated that JetBlue will eventually launch trans-Atlantic flights. Both the introduction of the airline's first premium product, Mint, and JetBlue placing an order for the extended-range version of the Airbus A321 only increased that speculation.

Now, JetBlue is fueling rumors once again via a recently released internal video sent to the airline's employees. The end-of-the-year commemorative video briefly shows a traveler using the JetBlue app — and the traveler's destination features what appears to be the making of a rather interesting airport code: LHR, the code for London's Heathrow Airport.

In addition to celebrating some of the most memorable moments this past year for JetBlue, the video in question also highlighted aspirational goals for the airline in 2019. One such goal is to "Reach for the next moment." This caption accompanied a brief screenshot of a traveler using the JetBlue app to book a round-trip flight. While the origin city is obvious (New York-JFK), the arrival city is not as obvious. Only two letters have been typed into the search bar: L and H. However, if you look a little closer at the statement accompanying the photo, you'll notice that the R in "Reach" is bolded. LHR, as many readers likely know, is the International Air Transportation Association (IATA) code for London-Heathrow Airport in London, England.

While the screenshot from JetBlue's year-in-review video would certainly appear to indicate nonstop flights to London in the near future, one critical aspect of the passenger's itinerary is missing. Neither the departure nor arrival dates have been selected. The good news is JetBlue is set to take delivery of the airline's first Airbus a321LR sometime in 2019, which means that we could potentially see nonstop flights across the pond on JetBlue sometime this coming year.

JetBlue currently serves 102 destinations throughout North and South America. With a fleet of more than 190 Airbus A320s and A321s, the airline is limited in the destinations its narrow-body fleet can serve.

When JetBlue announced orders for 85 Airbus A321neo (new engine option) aircraft, the airline's potential route network grew substantially. JetBlue was given the option by Airbus to modify the airline's order from the Airbus A321neo and to the Airbus A321LR (long-range), which has a maximum range of around 4,700 nautical miles and a capacity of around 206 passengers in a two-class configuration — the perfect aircraft to serve Europe for an airline like JetBlue. JetBlue has since confirmed that its Airbus A321neos will be the Long Range (LR) variant. This all but confirmed JetBlue's intentions to launch flights to Europe.

If new aircraft with an increase in range and a fantastic premium cabin fit for flying across the pond isn't enough to prove JetBlue's aspiration to serve Europe, consider the fact that the airline's chief operating officer even confirmed that the airline is actively pursuing European flights.

With nonstop JetBlue flights to Europe likely still months away, now is the perfect time to take advantage of the 50,000-point sign-up bonus offered on the Chase Sapphire Reserve, points that can easily be converted to JetBlue TrueBlue points with Chase offering a 1:1 conversion rate. If you earn those 50,000 bonus miles and want to experience JetBlue's Mint Class, one-way award redemptions start at just 20,400 TrueBlue points.