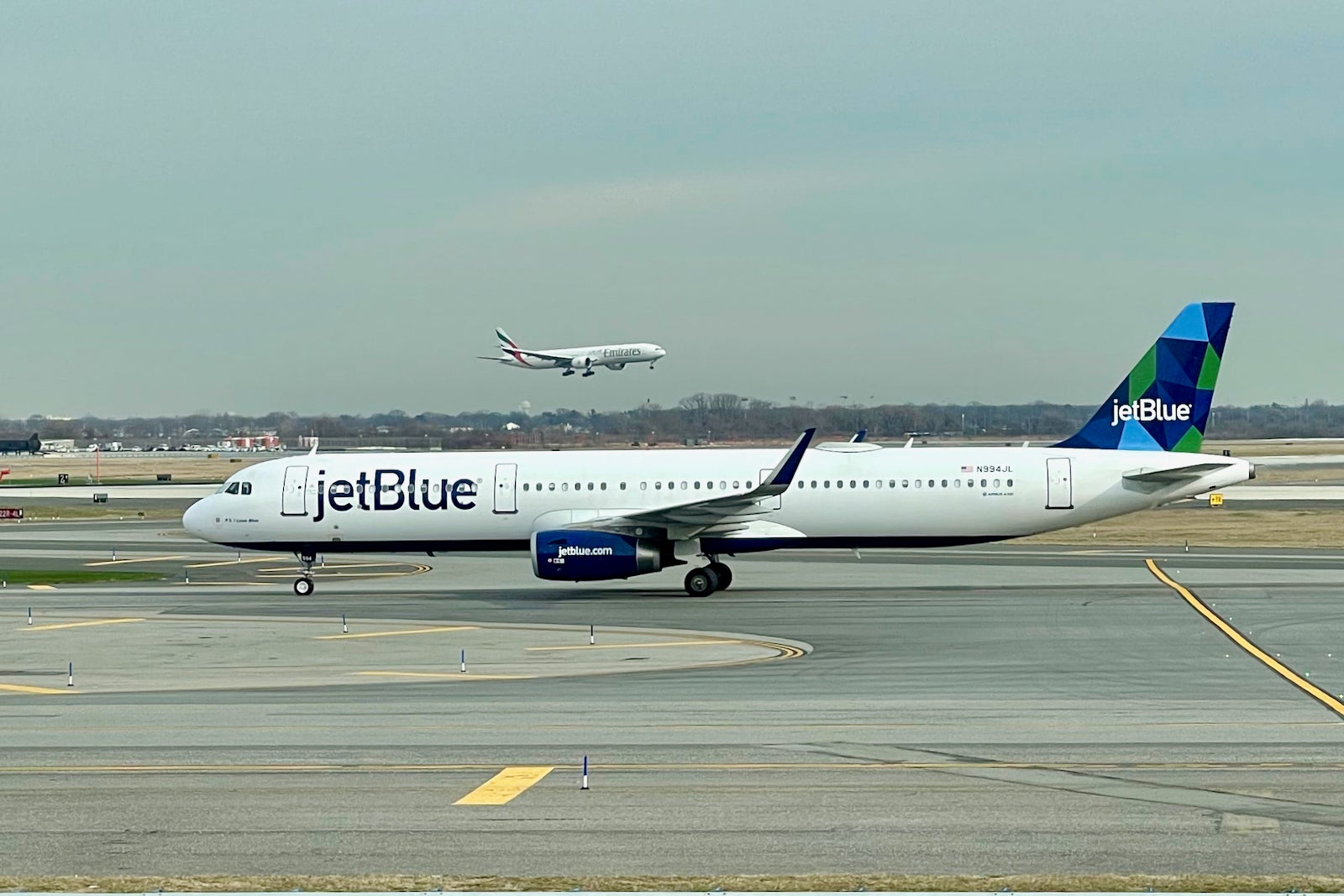 JetBlue recently became one of the last major airlines to eliminate change and cancellation fees.

On the surface, that's great news. Buried in the announcement, however, are two major devaluations.

The first is that you'll no longer be allowed to bring a carry-on bag with basic economy tickets. The second is that the carrier's Mosaic elite status just got significantly less valuable.

As a current Mosaic myself, there's little reason for me to push for elite status this year. If JetBlue wants to retain my loyalty, Mosaic needs a comprehensive overhaul. Here's why.

Everyone gets free changes

Pre-pandemic, the marquee perk of JetBlue's Mosaic status was waived change fees. I frequently maximized all the Mosaic program benefits, including unlimited changes, cancellations, and same-day switches at no cost.

But then, the coronavirus hit, causing airlines to rethink flexibility. For JetBlue, that means giving all flyers, except for basic economy travelers, free changes and cancellations.

What was once the top benefit of Mosaic status is now included in every ticket, regardless of whether it's your first or hundredth time flying with JetBlue.

As Don Uselmann, JetBlue's Vice President of Loyalty and Personalization, explained to TPG in a statement, "in evaluating our long-term plan for travel flexibility, we believed it was important to offer all customers the ability to change and cancel their flights without a fee for nearly all our fares."

That gives Mosaics like myself little reason to requalify for status. After all, why should I give JetBlue my loyalty when nearly everyone else on the plane is rewarded with the same perks?

Mosaics are on the hook for basic economy fees

As part of JetBlue's overhauled fare structure, the carrier will allow basic economy itinerary modifications starting on April 1, at the following rates:

On the one hand, added flexibility to Blue Basic fares is a welcome move. However, Mosaics will still be on the hook for the change fees, despite the promise of traveling "fee-free." (Elites will enjoy free same-day switches, but that perk is limited to the 24-hour window before the flight.)

Related: How to use credit cards to defeat Basic Economy

Historically, one of the most lucrative Mosaic perks was the ability to redeem TrueBlue points at “significantly reduced” rates towards the purchase of Even More Space seats.

Overnight and without warning, the carrier roughly quadrupled the prices for seats purchased with points. While the new redemption rates are still above TPG’s valuation, they’re a far cry from the eight or more cents-per-point-rate Mosaics used to enjoy.

To compensate for the devaluation, JetBlue introduced a new Even More Space perk for elites: Mosaics can now enjoy free extra-legroom seats on a space-available basis during airport check-in.

In my mind, JetBlue has effectively gutted the Mosaic value proposition.

Uselmann's perspective is that the Mosaic program still offers a compelling value. "For 2021, we quickly offered reduced thresholds for qualification, as well as two new benefits: complimentary Even More Space seats and unlimited companion passes. We will continue to evolve the offering based on customer feedback," he said.

Unfortunately, the Even More Space benefit that Uselmann is referring to is limited to a first-come, first-serve basis at the airport — meaning that most Mosaics will end up in an extra-legroom middle seat if they waited until the last minute.

In fairness, the carrier has added a limited-time companion pass, but that’s hardly enough to compensate for the blanket elimination of change fees, especially considering that the buy-one, get-one offer expires on May 20.

Related: Clear expedited airport security program — Is it worth it?

The clock is ticking

If JetBlue wants to convince flyers like me to push for elite status, it needs to rebuild the program sooner rather than later.

Fortunately, an overhaul might actually be on its way. Last year, Don Uselmann hinted that it might be coming. He recently told TPG, "We will continue to evolve the offering based on customer feedback."

Either way, the clock is ticking for JetBlue to make an announcement.

As I begin planning travel for the spring and summer, I'll have a choice of airlines that will each reward my loyalty in different ways.

But with JetBlue, it's unclear.

If Mosaic perks remain unchanged, then there's little reason to remain loyal to JetBlue. If JetBlue unveils new perks later this year, the carrier will miss out on my business this summer.

But if JetBlue unveiled a compelling Mosaic program now, then I'd happily continue flying with the carrier, knowing that my loyalty would be rewarded with perks that move the needle.

What JetBlue can do to win my loyalty

To strengthen the Mosaic value proposition, I'd love to see JetBlue innovate in the low-cost-carrier loyalty space with some unique perks. Plus, with JetBlue gearing up for London flights, Mosaic is going to need to be even more competitive with the "Big 3."

Some of my benefit suggestions include the following:

The major U.S. carriers all offer elite members complimentary space-available upgrades. JetBlue has long been a holdout, but perhaps it's time for the carrier to reconsider. While it'd be great if JetBlue offered unlimited Mint business-class upgrades, perhaps the carrier could gift Mosaics two annual upgrade certificates to confirm a biz pod.

JetBlue's new Mint Suite and Studio products are coming later this year. The latter will offer extra space, a buddy seat and larger television due to its bulkhead position. The carrier plans to offer Studio pods for an upsell over the Suite product. While pricing is still TBD, JetBlue should offer Mosaics a discount to the best seats in the house.

A pack of companion-pass vouchers

As mentioned, JetBlue launched a limited-time companion pass for the first five months of 2021. When the promo expires on May 20, JetBlue should consider offering Mosaics an allotment of single-use companion vouchers for future trips.

Remove all fees from basic economy

If "fee-free" is really the promise, then Mosaics shouldn't be on the hook for change and cancellation fees for basic economy fares.

Right now, Mosaics can enjoy complimentary extra-legroom seats at check-in. While great in theory, this often means that elites will wind up with a slim picking of Even More Space middle seats. To enhance this offer, JetBlue should consider expanding the window to 48 hours before the flight.

With a slew of recent devaluations, it's time for JetBlue to overhaul its Mosaic elite program. Whether it's adding new upgrade certificates or expanding existing extra-legroom seating perks, JetBlue has a plethora of ways to sweeten the elite value proposition.

Until then, there's little reason to remain loyal to JetBlue.