How would you spend $4,000 on travel? One senator wants you to find out

Articles
Clint Henderson is the managing editor for news at TPG. He worked in TV news for 20 years, including stints at ABC, MSNBC and Fox, before landing his dream job. Send tips to Clint.Henderson@thepointsguy.com.
Follow
June 25, 2020
•
9 min read 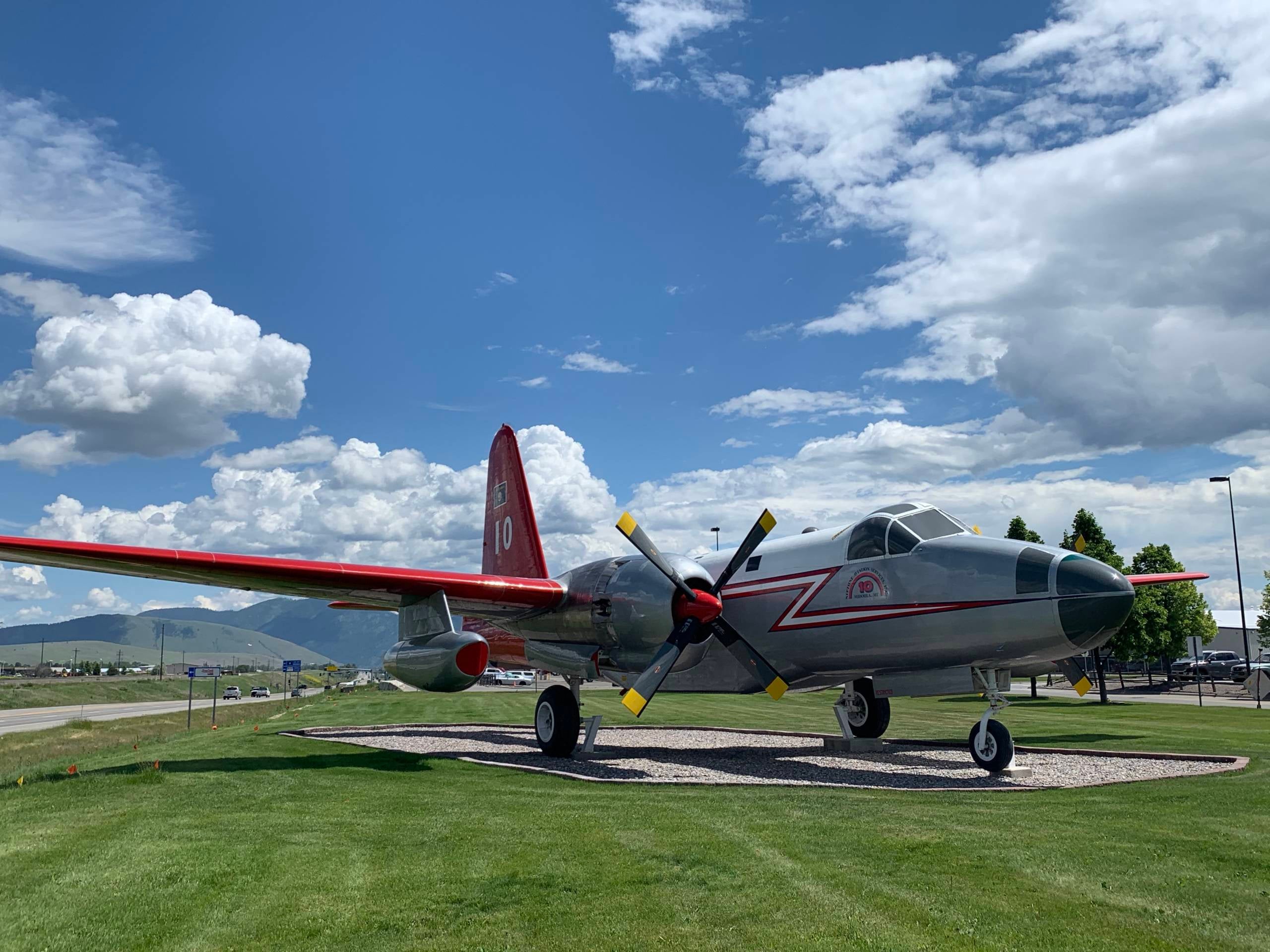 How does this sound: you get $4,000 to spend on travel -- every year -- until 2022. That's what one senator is now proposing, and the Trump administration has reportedly been kicking around the idea as well. The proposal -- a sort of domestic travel stimulus plan -- could become part of a new economic relief package if U.S. Senator Martha McSally (R-AZ) gets her way.

Sign up for the free daily TPG newsletter for more travel news, tips and advice.

McSally introduced the legislation June 22 in the Senate in an attempt to support the tourism industry, which has been hard-hit by the coronavirus pandemic and the ensuing economic collapse. The U.S. economy slipped into recession back in May, and almost 20 million Americans are currently unemployed - many in the tourism sector.

According to her senate web site, McSally's bill, called the American TRIP Act, "would provide tax credits to Americans who spend money on lodging, entertainment, and other expenses related to travel in the United States and its territories. Additionally, the bill provides funding for Destination Marketing Organizations (DMOs) to promote the travel and tourism industry across the nation."

McSally says the unemployment rate in tourism is more than 35%.

According to her proposal:

"My legislation will help boost domestic travel and jumpstart the comeback of our hotels, entertainment sectors, local tourism agencies and... thousands of businesses. It will also encourage Americans to safely get out of their homes and discover or rediscover Arizona along with the rest of the amazing destinations our country has to offer after a difficult several months stuck inside. I look forward to working with both sides of the aisle in the Senate and House to restart an important part of the economy by passing this bill.”

A tough road to passage

The plan certainly has its critics. Some simply see it as a plan for McSally to turn around her reelection campaign. Democrat Mark Kelly leads McSally by 9 points in the race for her Arizona senate seat according to a newly released New York Times/Sienna College poll out on June 25.

Ric Edelman, founder of Edelman Financial Engines, told Yahoo Finance: “That idea [is] one of the wackiest I’ve come across in recent months in an effort to stimulate the economy. It’s tone deaf and doesn’t acknowledge that there are millions of American households who can’t afford to pay their rent or afford to buy food or medicine.”

Back in May, President Donald Trump proposed something similar. He suggested a tax credit of up to $4,000 for restaurant and travel expenses. At a roundtable with restaurant executives, he described an “Explore America tax credit that Americans can use for domestic travel, including visits to restaurants. That’s a big deal.”

Travel industry lobbyists and trade groups love the idea, and are reportedly working with members of Congress on potential ideas.

The House has passed a second stimulus bill, and it's being kicked around in the Senate but partisan rancor may derail it. It's unclear if it would include a travel tax credit.

The other glaring problem with McSally's proposal is that it is a tax credit, so you would need to be able to afford to spend the money up-front, and be able to live without the cash until Uncle Sam pays you back in your tax refund. That's a big ask considering most U.S. households don't have enough emergency savings to cover a surprise $1,000 bill.

Critics also say it would encourage travel when COVID-19 is still spreading, and, in fact, cases and hospitalizations are rising in many states.

But seriously, where would you go?

Just for fun, let's suspend our disbelief and pretend that the bill has passed and that we all have the money to spend on a domestic trip. What would you spend $4,000 on this year?

Related: What it’s like to fly in the U.S. during coronavirus

Personally, There are several states I still haven't visited. I might visit Twin Farms in rural Vermont an hour and half from Burlington. Rooms reportedly go for about $1,860 a night so you could stay a weekend, though it looks like there are currently minimum stay requirements.

I'd love to check out Utah and stay at the Amangiri in Canyon Point, Utah. At $3,500 a night, however, that stimulus money wouldn't go far. That's also on senior travel editor Melanie Lieberman's bucket list. I've always wanted to check out the Phoenician resort in Scottsdale, Arizona too. Rates start at about $473 a night, but you could also use Marriott Bonvoy points for about 120,000 points a night (ouch) if you wanted to stay longer than the government's check would stretch.

Review: Hotel review of the Amangiri

Related: I went to Glacier and Yellowstone during COVID-19 and it was weird

I asked a bunch of The Points Guy employees where they'd go first.

Jonathan Eves said, "Monument Valley and Antelope Canyon in Arizona have been on my bucket list for a while!" Social media producer Caroline English pointed me to the lovely Mohonk Mountain House in upstate New York's Hudson Valley, which would cost you about $2,600 for a three-night stay in September.

Associate Martha Sheridan told me Denali National Park in Alaska was the top of her bucket list. Cruise writer Gene Sloan agreed with Martha saying, "As I wrote about in my Alaska piece recently, with all the cruisers gone, it’ll be empty in a way it hasn’t been in decades."

Related: A devastating downturn for Alaska

Sloan said, "I’d definitely explore Denali, and then fly to southeast Alaska to adventure a bit around places like Juneau without the crowds. Hike, bike, whale watch and drink Alaskan IPA. Then maybe ride the Alaska Marine Highway down to Washington state if that leg is still running, and fly home from Seattle."

Reporter Chris Dong told me he'd stay at the newly all-inclusive Alila Ventana in Big Sur, California, which we recently covered. Ariana Arghandewal wrote about that Big Sur property and said she'd blow her stimulus there, too. Arghandewal also mentioned Post Ranch Inn which is also in Big Sur.

Reporter Katherine Fan told me "I'd love to rent a camper with a friend or two and hit up a bunch of national parks!" Richard Kerr said he'd rent an RV and travel around Badlands National Park. Social media guru Caitlin Riddell said she'd hit "Zion or one of the other big national parks out West." Our video head Tom Grahsler says "I would ride my motorcycle to Alaska (with a quick detour through Vancouver/BC) and split my time between camping and resorts."

Credit cards senior editor Benet Wilson told me, "I’d like to do a road trip from D.C. to San Francisco or L.A. I’d want to stop at all the big stuff (Mount Rushmore, etc.) and smaller stuff (Field of Dreams). I’d take two weeks to do it right!"

If you judge it by the response from all of us at The Points Guy, McSally may be on to something here. We'll have to see if the travel obsessives among us will get our fix.

Related stories
Save money with these travel-related offers on your credit cards this month
Use these shopping portal bonuses to earn extra miles this holiday season
Using miles and points to book airline tickets and hotels for others
Maui magnificence: A review of Kaanapali Alii, a Destination by Hyatt Residence
Featured image by Missoula, MT 2020. (Photo by Clint Henderson/The Points Guy)