How to Visit One of America's Geographic Oddities: Point Roberts, Washington

Articles
Darren Murph holds a Guinness World Record as the planet's most prolific professional blogger. He's an explorer at heart, having traversed nearly 50 countries and all 50 US states. He's flown over one million miles on Delta alone, and serves as a senior writer at TPG.
Follow
Aug. 17, 2018
•
5 min read 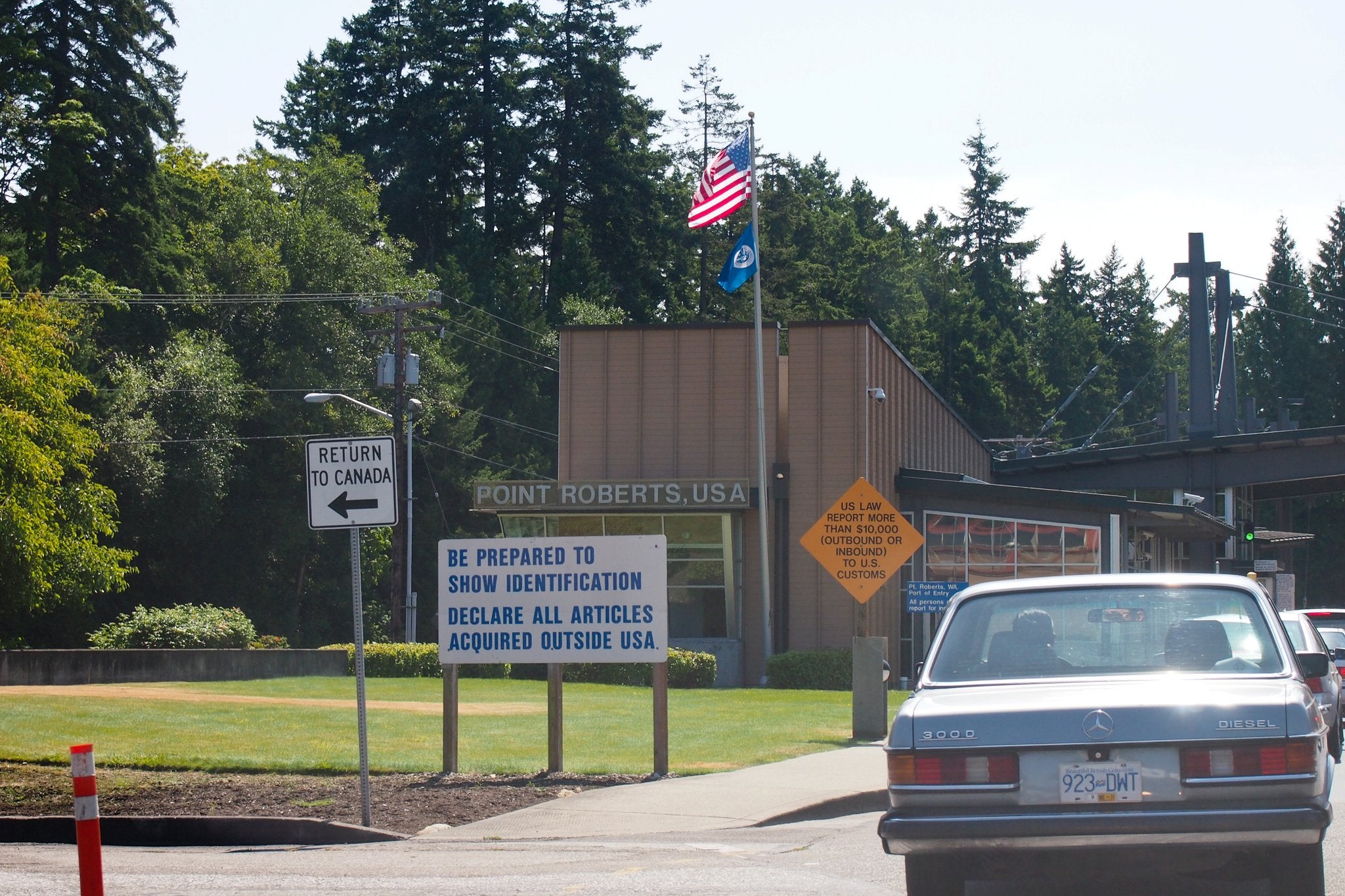 How to Visit One of America's Geographic Oddities: Point Roberts, Washington
This post contains references to products from one or more of our advertisers. We may receive compensation when you click on links to those products. Terms apply to the offers listed on this page. For an explanation of our Advertising Policy, visit this page.

Here at TPG, we’re big fans of extremes and geographic oddities. No visit to Florence is complete without swinging by the microscopic nation of San Marino, and no visit to southern Spain should omit a selfie from The Rock of Gibraltar. If you’ve scored a great deal to Seattle (SEA) or Vancouver (YVR), I’ve got another of those can’t-miss places to add to your list: Point Roberts, Washington.

What’s Weird About It?

Let’s put it this way: If you live in Point Roberts and have a child in school from fourth grade on, they’ll need to cross an international border to get to class. Better make sure you pack the passport alongside that PB&J!

If you pull up Point Roberts on a map, you’ll notice that it’s completely isolated from the rest of The Evergreen State. The town is a pene exclave – you can’t travel to it on land without going through another country. Practically speaking, Point Roberts should simply be a part of Canada, but in settling the Pacific Northwest American-Canadian border dispute, the line that separates the United States from Canada (the 49th parallel) created an awkward scenario of ownership.

If you’re Canadian, you’ll need to show your passport when driving over. If you’re American, you’ll need to show your passport as well given that you’re technically driving in from a foreign country. The border crossing typically doesn’t have a long wait – after all, only a thousand or so people live in Point Roberts – but it’s a proper border crossing nonetheless.

What Do I Do There?

If you’re Canadian, you drive over to fuel up your car for less than what you’d typically pay in Canada. If you’re an explorer with a penchant for visiting geographic anomalies, there’s plenty to see on a half-day trip. I drove over in 2011 after flying into Seattle–Tacoma International Airport (SEA), heading north through the border into Canada, and then looping back around to re-enter Washington. Because it’s surrounded by water on three sides, there’s a lot of coastline to savor.

Visit Lighthouse Marine Park: This sits just south of the The Point’s airport, where you can fly twice weekly to Bellingham International Airport (BLI) on San Juan Airlines. While small, the coastline here is protected, providing a serene view of the waters that separate you from Mayne Island and Galiano Island (both part of British Columbia, Canada). I’d recommend putting your toes in the sand while pondering the fact that you’re probably breathing Canadian air while in the United States. It's where maple bacon and freedom unite.

Dine at South Beach House: It’s quaint, it’s homey and it’s right on the waterfront. You can fill yourself up on local seafood while watching the sun set across the Strait of Georgia.

Hike Lily Point Marine Reserve: On the southeast tip of Point Bob (yeah, that’s what the locals say), you’ll find a maintained hiking trail down to the beach. It’s a beautiful sliver of land and an ideal spot to pull out a book and clear your head.

Cruise Roosevelt Way: The road that separates the US from Canada is cool simply because it’s a border road. You’ll also find monuments here and there signifying the international border, which make for excellent photos.

Get a round of 18 in: Of course there's golfing here! Bald Eagle Golf Club at Point Roberts is the place to be if you want to say you snagged a birdie golfing in America while hanging off of Canada.

How Can I Get There Using Points and Miles?

Point Roberts is a 3-hour drive from Seattle (SEA), just more than an hour from Bellingham (BLI), and less than 45 minutes from Vancouver (VYR).

Seattle and Vancouver are served by all of the major air carriers, including United, American, Delta and a host of international airlines. Be sure to check out our guides on scoring cheap award flights here, and follow TPG Alerts on Twitter for airfare deals to these airports.

Once you land, you’ll need a rental car to explore Point Roberts – especially if your family is in tow. We’re huge fans of AutoSlash, and you can read more on why we recommend the service here.

Have you stopped by Point Roberts while road-tripping in the Pacific Northwest? Let us know in comments or chime in at the TPG Lounge on Facebook!