These Are The Coolest Passport Stamps In The World

Articles
Katherine Fan is a former senior travel features reporter at The Points Guy who covered everything from personal finance to travel and aviation.
May 6 2018
•
7 min read 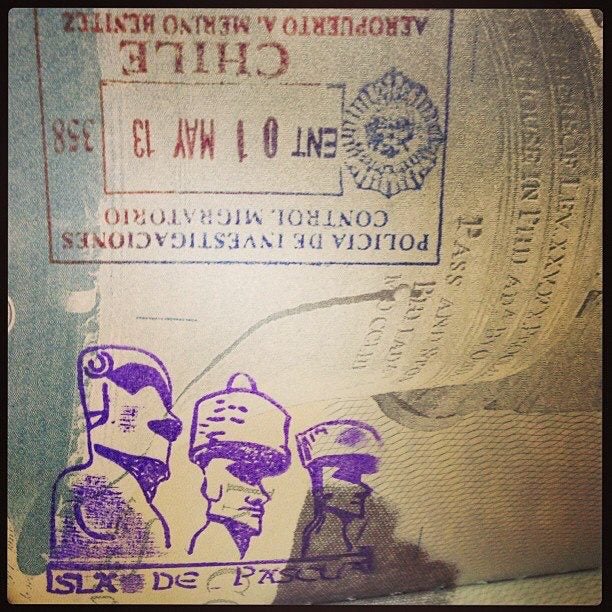 After oohing and ahh-ing over the design, it got us thinking: Whare are some of the most interesting places in the world to visit, and where can you get some truly unique passport stamps?

So we asked our TPG Lounge readers, "What's the coolest passport stamp you've ever gotten?" And boy, did they deliver.

Here's where our readers have been:

Vernadsky Ukrainian research base with the southern-most bar in the world. – Jessica G.

Not super fancy, but I kinda like the Aruba stamp. I was there last week... it’s paradise

Seychelles - the coconut bum. Looks like this: – Cheri P.

You have to stop into a tourist information stop (TI) right across the park area from the casino. Only place to get the stamp! – Becky S.

Anyone else have a Pitcairn stamp? – Peter F.

My husband proposed on top of Huayna Picchu [on Machu Picchu] so even when I make it to Antarctica, the MP stamp will remain my favorite. – Wesley G.

Mauritius has a dodo bird on its stamp. – Bonnie H.

This one is for Kilimanjaro airport when my son and I climbed all 19,341 feet of Mt Kilimanjaro. Amazing experience. – Andy P.

My two favorite places in one page [Maldives and Paris; we took the Chunnel from Paris to London.] – Shey T.

Who doesn’t love the giant green Ireland stamp? Until the Croatia customs guy was a jerk and stamped over it

I think this one from the Eurostar is cute...looks like a typical EU stamp until you see the train instead of a plane in the top right corner. – Chelsey A.

Back in the day when there were actual stamps although I saw at least one other picture with a stamp. – Mark B.

Bit faded, but I love my unofficial stamp from “Rovaniemi - The Official Airport of Santa Claus”...altho now that I think about it, wonder how often he flies commercial instead of taking his sleigh

I liked the Japan stamp a lot... but the 2016 Rio Olympics stamp is way cooler!

Galapagos! I’ve also had a few immigration officials comment on this one as well. – Jada H.

My two favorite are from the same trip – Cape Horn and Port Lockroy, Antarctica (the Cambodian visa with Angkor Wat is pretty cool too). – Rachel K.