Unusual Airports Around the World

Articles
Lori Zaino is a writer for TPG and TPG UK covering travel, news, points and miles and more. She's been based in Madrid, Spain almost 15 years and is an expert in travel throughout destinations such as Europe, Southeast Asia and Africa.
Follow
Sept. 23, 2017
•
7 min read 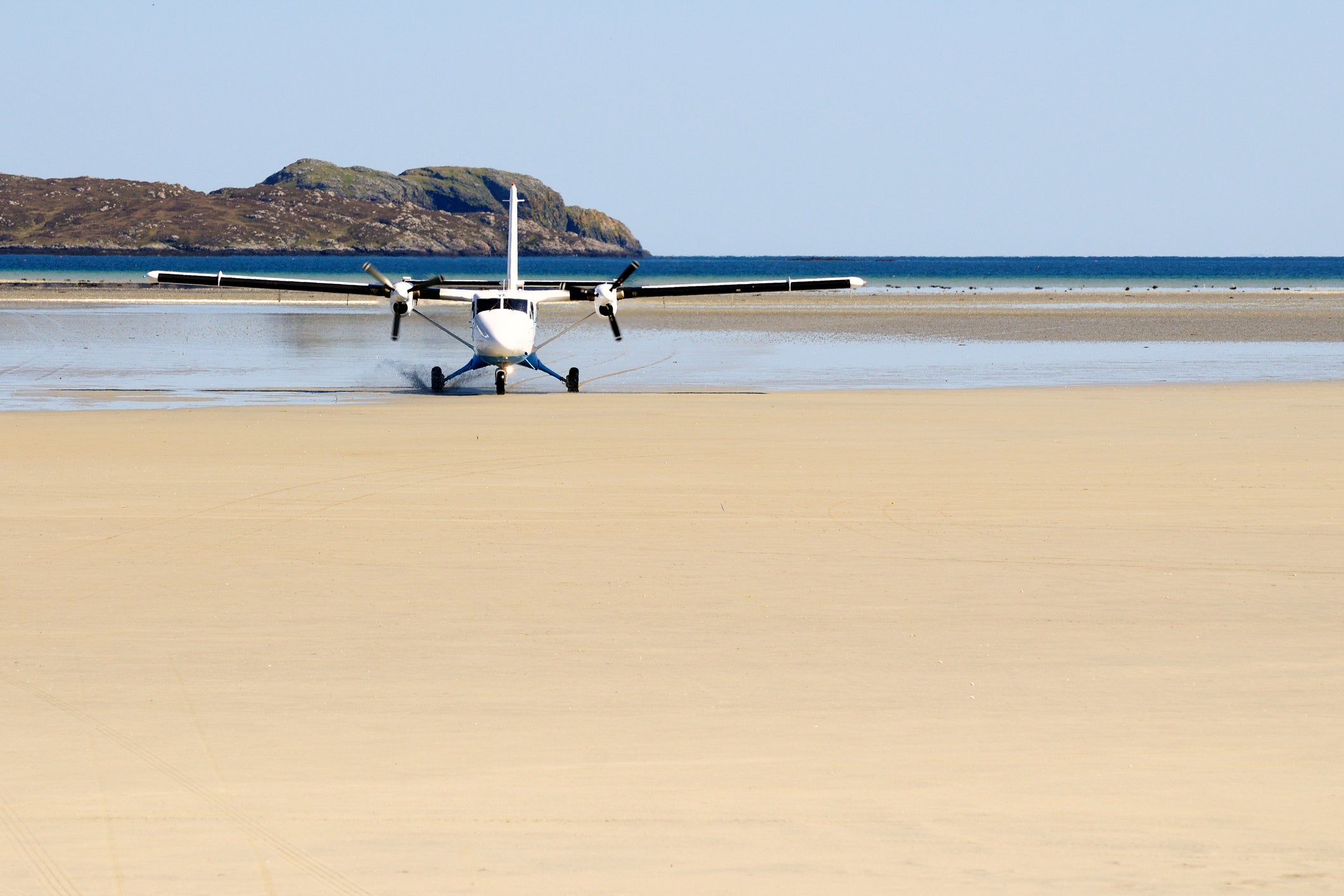 Unless you're flying out of Singapore Changi (SIN) — which has its own cinemas, butterfly and cactus gardens, nature trails and even a giant slide — you can't expect too much from an airport. If you're lucky, you might find a decent lounge or restaurant where you can kill some time before your flight. Or maybe all you want is decent infrastructure, like a tram or bus that takes you between terminals, or automated kiosks to help make the check-in process go by faster. Occasionally, though, you may find yourself in an airport that isn't like all the others. Here's a look at some of the most unique airports around the world, featuring everything from train and road crossings to ski slopes and landings on the beach.

Besides being one of the world's oldest international airports — commercial flights began here in 1924 — it's also famous for another reason: there's a golf course located between the two runways. You read that right. There are no barriers separating the golf course from either runway, and golfers depend on a red light to know when planes will be coming in for a landing. It's unclear, however, what the caddy is supposed to do if the ball lands in front of a jumbo jet.

Built as a backup to help with overcrowding at Osaka International (ITM), Kansai may at first glance seem like any other airport, but it's actually situated on a man-made island off the coast of Honshu. The island, which is 2.5 miles long and 1.5 miles wide, took 10,000 workers and 80 ships about three years to construct, and is connected to the mainland by a bridge. In 2001, after seven years of service, it was dubbed the Civil Engineering Monument of the Millennium by the American Society of Civil Engineers. It's not all a bowl of cherries, though: The airport is sinking at an alarming rate. Now that the island is considered an engineering disaster, the Japanese government is trying to reinforce it, but only time will tell if they'll succeed.

This airport makes the list for a few different reasons. Not only does it have one of the world's largest control towers, there's also a special terminal specifically for royalty or high-ranking VIP guests of the kingdom. Besides fancy décor like gardens and fountains, it offers a serious welcome upon arrival — think airside receptions featuring bands and honor guards. The royal pavilion also has a large mosque inside.

Deemed by The History Channel as one of the world's most extreme airports, GIB has a crazy addition: a main road that crosses the runway. Winston Churchill Avenue leads toward the land border with Spain and must be closed to traffic each and every time a plane lands or departs. If you want to view the hectic mess of cars and pedestrians crossing the the runway, watch this video.

Think cars crossing the runway is crazy? GIS sees Gibraltar's traffic nightmare and ups the ante with train tracks that cross its runway. The Palmerston North-Gisborne Line runs right through the runway and all plane departures and arrivals must be coordinated with rail schedules to avoid any mishaps. Although the tracks aren't used much anymore, they still sit along the runway, and likely always will.

Built mostly on Georgia farmland, SAV encountered a slight hiccup when builders were extending one of the runways back in the 1980s — a small cemetery directly in the path of the planes. Since the family of the deceased didn't consent to having the bodies moved, a handful of graves still remain, but instead of eternal rest on a peaceful farm, the departed are now part of an airport runway. The graves were paved over, but two flat markers were added, ensuring that Richard and Catherine Dotson won't soon be forgotten.

This is one of the few airports in the world that uses a beach as an official runway — it's divided into three runways, which are set in a triangle and marked by wooden poles. A windsock notifies beachcombers if a runway is in use. Pilots have to pay attention to the tides as well, because if the water is high, there may not even be a runway to land on.

Also known as Madeira Airport, this one is famous not only the creepy statue of its soccer star namesake, but for its elevated runway. Originally, it was short and difficult to land on because of the surrounding mountains and ocean — in the 1980s, it was extended an extra 656 feet, but since there was nowhere else to go, the builders decided to make the airport jut out over the sea and created a platform over the ocean. Supported by 180 columns — each one about 230 feet high — the runway now sits partly on land and partly over the sea, as you can see in the photo below.

Located in the heart of the French Alps, landing at this altiport — a term for aerodromes for small planes and helicopters in mountainous terrain — is a bit like landing on a ski slope. The runway's not just short, it's also steep, with an 18.6% gradient. The surrounding mountains make this one of the most difficult airports in the world to touch down on, and it's unlikely you'll be able to arrive during inclement weather or at night, as it has no nighttime lighting. If things look familiar, it may be because the James Bond film Goldeneye features this famous runway.

What's the craziest airport you've ever flown into or out of? What made it so nutty? Share your story below!

Related stories
Don’t forget: You have one month to use up your Uber Rewards points
You can earn Southwest points with the Rapid Rewards Dining program: Here's how
Fly premium economy to Istanbul starting under $1,000
Now live: Chase Freedom cardholders can earn 5% back on PayPal and Walmart purchases this quarter
Featured image by Getty Images/iStockphoto