Articles
Mike Arnot is the founder of Boarding Pass NYC, a New York-based travel brand and a marketing consultant to airlines. A private pilot, he can sometimes be found above the skies of New York City.
Follow
Nov. 17, 2020
•
8 min read 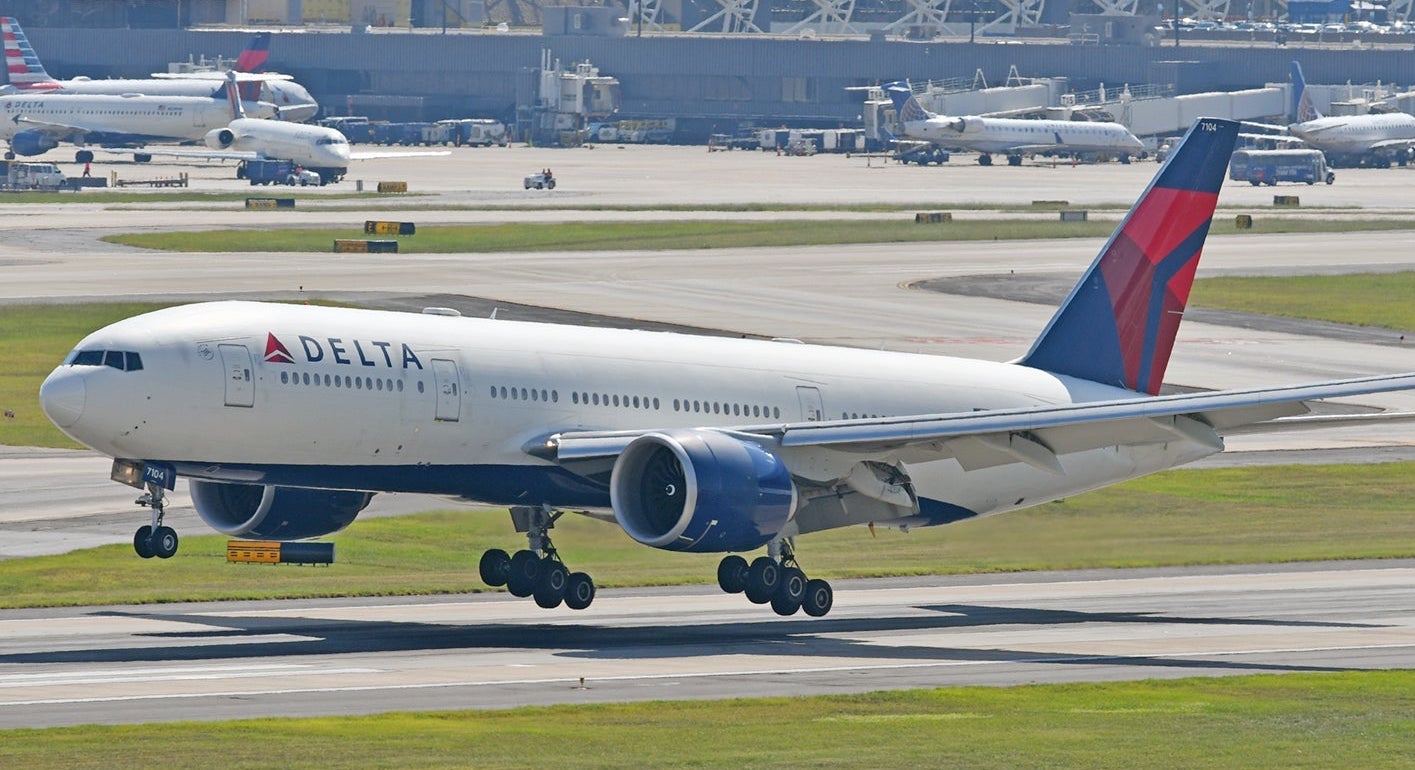 The Boeing 757, 767 and 777 are each key members of the medium-to-long haul fleets of airlines around the world. It is somewhat challenging to tell them apart—particularly when you add in the Airbus A330, which looks similar to each—but there are a few tell-tale differences.

All of these aircraft are twin jets, i.e. with two engines. In the case of the Boeing 757 and the Boeing 767, those engines are of similar size. Not so for the Boeing 777. Those engines are huge; they are almost the diameter of a Boeing 737's fuselage, and the new Boeing 777X's General Electric engines are even wider than that. So, the first tell-tale feature you can spot is that the Boeing 777 engines are much larger and seem to droop from the wings, like a pair of heavy earrings.

Does it Have a Non-U.S. Livery?

Chances are, if it's a humongous, two-engine airline with a foreign livery such as Cathay Pacific or Emirates, it's a Boeing 777. The Triple Seven has been the go-to wide-bodied aircraft for many of the world's carriers for the better part of 20 years. In contrast the Boeing 757 and 767 are designs from the late 1970s and '80s, and fewer and fewer will be seen in the wild in the coming years. The major operators of both the 757 and 767 are Delta and United; American Airlines retired theirs in 2020 during the coronavirus pandemic. JAL and ANA in Japan are among the largest foreign operators of the 767, while the 757 has largely disappeared from passenger service outside the U.S. (you can find sizeable fleets in Iceland and Germany, still.) Compare that to the ubiquitous Boeing 777; Air France alone operates 70 of the planes.

Length and size are not easy to spot, particularly at an airport where most everything on the ramp is huge. The easiest way to quickly determine whether you're looking at a 757, 767 or 777 is the tail cone, where the auxiliary engine known as APU sits at the rear of the aircraft. On the 777, the tail cone is chisel-shaped. No chisel? You can eliminate the Boeing 777.

Related: Delta says goodbye to the 777

Wheel Count: Does It Have Two Sets of Wheels per Bogie or Three?

The Boeing 757, Boeing 767 and Boeing 777 all have two main landing-gear bogies—the structures under the wings with wheels attached. The Boeing 777 however, has three pairs of wheels on each bogie, while the 757 and 767 have two. The 777 above clearly shows the triple-wheel arrangement.

The Boeing 757: Look for the Skinny Moose with the Pointy Nose

The 757 has an unusually high landing gear. It looks a bit like a moose; it is top-heavy with skinny legs. The reason? Boeing originally designed the gear to allow for stretch models of the 757 later down the line, so as to avoid tail strikes on takeoff with a longer fuselage. If you're spotting a 757 on landing, you might be able to tell that the nose landing gear is further back under the belly of the aircraft than the Boeing 767.

The Boeing 767 comes in the 200, 300, and 400 main variants, distinguished by length. The 300 and 400 are stretch models of the original aircraft, the 767-200 launched in 1982. To tell them apart, the only surefire way is looking at the exit doors. The 767-300 and 400 have emergency exit doors before the wing and after the wing. The Boeing 767-200 has one emergency exit above the wing. And if you can spot it, the 767-300 and 400 each come with a retractable tailskid that was added to protect the tail of these longer versions from damaging tail strikes on takeoff.

Another detail that only the 400 has: raked wingtips.

Related: Why airplanes sometimes tilt up

You'll also commonly see 767s referred to with the letters "ER" after the model number, as well; those refer to "extended range," and ER 767s have no external differences from the standard versions.

Related: The path to becoming an airline captain

The biggest difference between regular 777s and the 777-300ER, the biggest of the 777s currently in service, is that the latter features raked wingtips. They aren't as pronounced as the Boeing 787's, nor does the wing curve upwards so dramatically.

Related: What are airplane windows made of?

Related: All about winglets

Related: My 777 story in pictures