How to tell commercial aircraft apart

Articles
Mike Arnot is the founder of Boarding Pass NYC, a New York-based travel brand and a marketing consultant to airlines. A private pilot, he can sometimes be found above the skies of New York City.
Follow
Nov. 05, 2020
•
6 min read 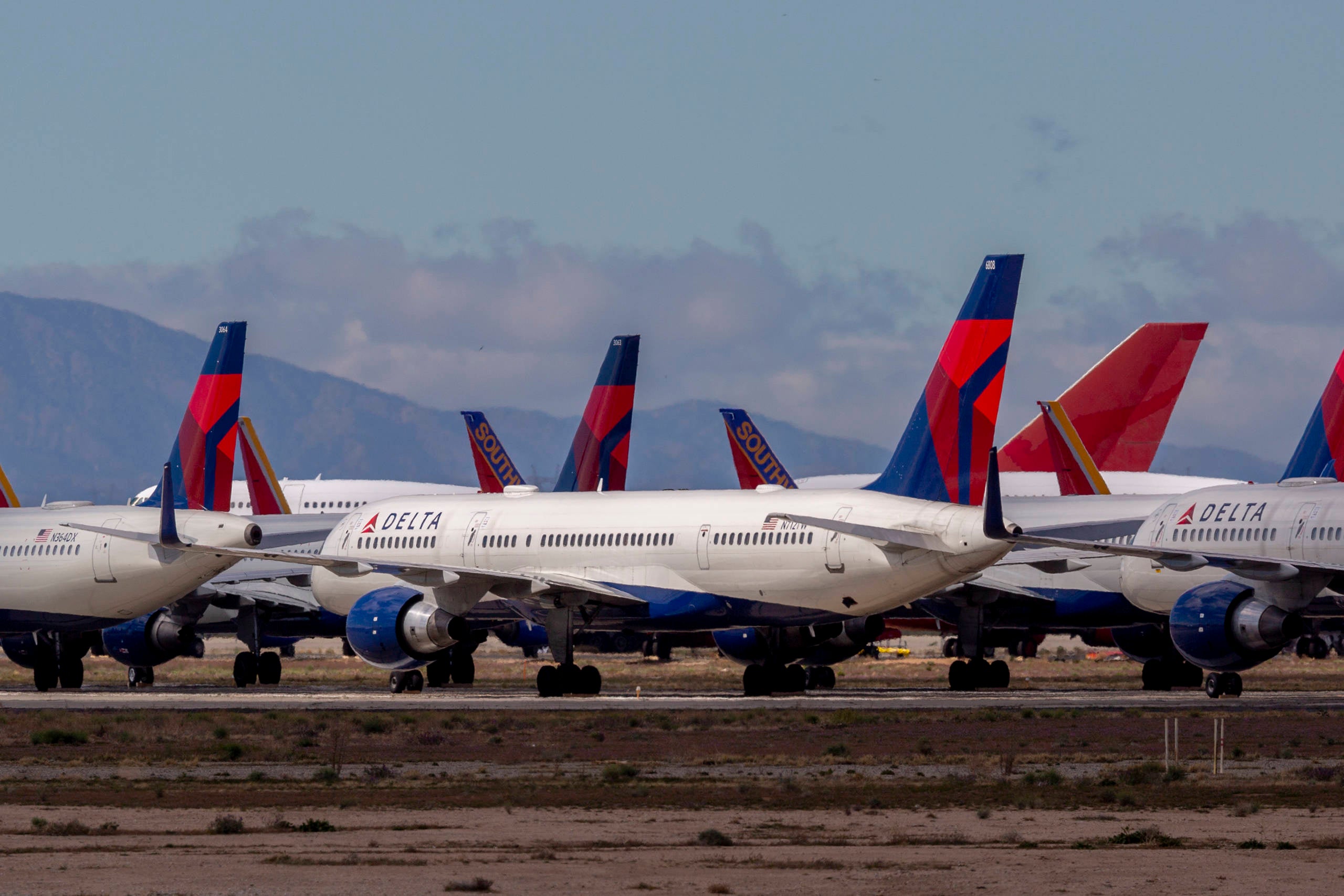 With so many types of aircraft plying the air and taxiing on the ground, only the most avid AvGeek can immediately call out what type of plane they see. Sure, most people know the difference between an Airbus A380 (a huge double decker) or a Boeing 747 (the iconic hump), but what about spotting a Boeing 737 versus an Airbus A320, or a Boeing 757 versus a Boeing 767—or for that matter the A330?

First, when in doubt, FlightAware and FlightRadar24 each make apps that allow you to spot aircraft and see what variant they are. If you're at the airport spotting aircraft, an app is de rigeur and a helpful tool to get started. At the same time, it's important to develop your eye.

Delta to the Rescue

Delta Air Lines has a very nice website that has images of their fleet, and they fly all manner of different aircraft. It's a helpful tool to see all of the variants side by side. In addition, the inflight magazines of a number of carriers (from United to Air Canada) each show their fleet with representative drawings. Take it home with you and study!

Related: Delta says goodbye to the 777

Learning how to spot the difference between various types of aircraft takes time and practice. But, it's a fun diversion for the frequent flyer, particularly those staring out the terminal window wondering when their inbound aircraft will actually arrive at the gate. If you read this series of articles from TPG, and practice in real life or by following a few airplane-focused Instagram accounts, you'll soon develop the airplane spotting eye.

In the meantime, here's a quick guide for how to tell the various aircraft apart.

Once you start looking at aircraft, you'll find that the winglets are quick way to determine what aircraft you might be looking at. The winglets — those shark-fin like devices on the tips of the wings — have a very important function: to reduce wingtip vortices. They differ on every aircraft because of changes to the technology and wing design. Some are small and barely noticeable (such as on old models of the Airbus A320), and others are very pronounced (such as on the Airbus A350). They are the first thing I'll look for, as their shape points the way.

Related: All about winglets

Unfortunately for newbie plane spotters, even winglets are becoming harder to tell apart. For example, some Boeing 737 aircraft have blended winglets that look a lot like the winglets on new versions of the Airbus A320. A cursory look could result in that gravest of AvGeek sins: misidentification of aircraft!

The windows at the very front of the plane are the easiest way to spot whether you're looking at a Boeing or an Airbus plane. Boeing aircraft have a "V" shape on the side cockpit windows, whereas Airbus aircraft have a little notch chopped off the top. When I spot an aircraft and can't immediately tell if its a Boeing 767 or an Airbus A330, those cockpit windows are the second thing I'll look at.

Related: What are airplane windows made of?

The nose is slightly less useful for identifying an aircraft, mostly because you can be oriented in such a way that you can't identify either the pointy shape of a Boeing or the more bulbous nose of the Airbus family of aircraft. Indeed, on a side profile the difference is obvious but not when you're looking at it from the front out the airport windows.

Related: Why airplanes sometimes tilt up

The Tail or the Landing Gear

Even more challenging is trying to identify aircraft by their tail, and specifically, the APU that exits from aft of the aircraft. Most of these APUs look the same, with the exception of the Boeing 777, which has a very distinct, chisel-like shape. At the same time, only the most seasoned of spotters will quickly be able to tell that an aircraft with three sets of wheels on a bogie could be a Boeing 777 or an A350-1000, or that the Boeing 757 has extra long, stork-like landing gear, with the nose wheel further aft than most. There are easier ways to tell the planes apart.

Why Should You Care?

Accurately identifying aircraft is the mark of the true AvGeek. And — in all likelihood — someone who has a mastery of points and miles, too. I've never met someone who can immediately distinguish the Boeing 757 from the Boeing 767 and also not explain tips and tricks for status with their favorite airline. That said, some airlines still operate Airbus A340 aircraft, which are gas guzzling and feature ancient interiors. Knowing the difference — and actually caring — allows you to avoid that aircraft versus a brand spanking new A350.

It's all about being a much more savvy traveler. And then, you can out-AvGeek someone at a party. Or at least try.

Think of the Pilots

Chris Brady is a pilot with experience on the Boeing 737 and is currently type rated on the A320 family of aircraft. He flies for a major carrier across the pond and runs the Boeing 737 Technical Guide.

"As pilots one of the most difficult things is remembering which variant you are on when you are landing," Brady says.

Related: The path to becoming an airline captain

"We jump in and out of 3 different lengths of aircraft — the Boeing 737-7/8/900 and A319/320/321 daily as most airlines operate a mixed fleet of either family. When you are landing you need to flare [arrest your descent of the aircraft] at a slightly different height depending upon the version to get the best landing. Too late and it will be a heavy one. I have often said that we should make a note on the windshield with a chinagraph [grease] pencil to remind us when we are landing!" he says.

See? Even pilots need a guide!

Mike Arnot is the founder of Boarding Pass NYC, a New York-based travel brand, and a marketing consultant to airlines none of which appear in this story.