Splitting time: What should Prince Harry and Meghan's frequent flyer strategy be?

Articles
Christian Kramer is the General Manager for The Points Guy UK, based in London. Having lived in different countries and with a previous career in financial services, he is an Avios, Oneworld Alliance and general aviation travel expert.
Follow
Jan. 09, 2020
•
9 min read 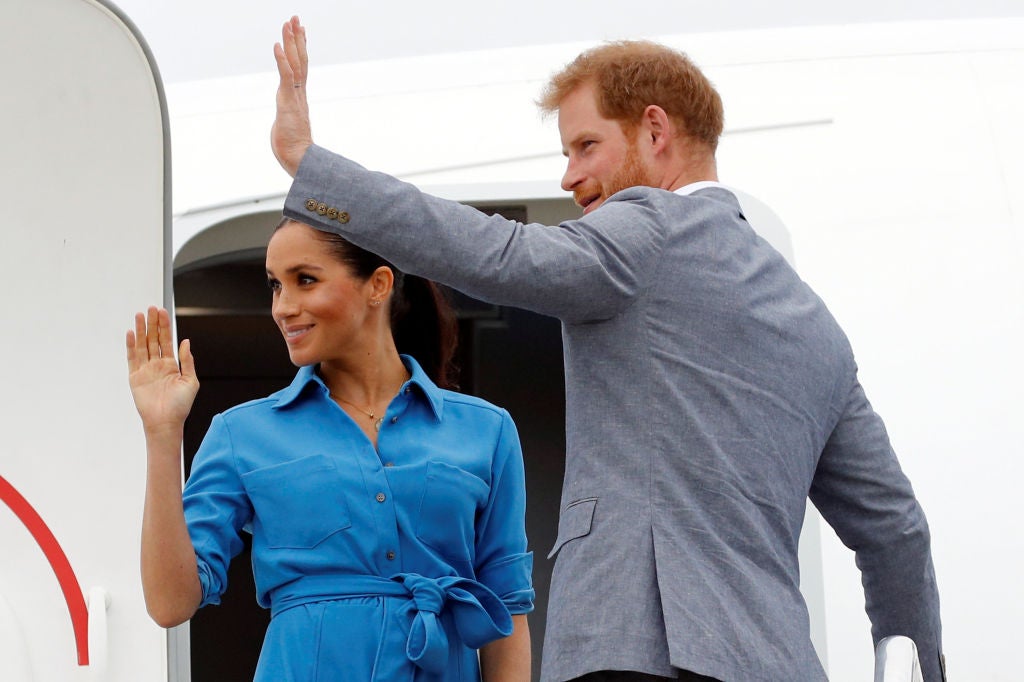 Splitting time: What should Prince Harry and Meghan's frequent flyer strategy be?
This post contains references to products from one or more of our advertisers. We may receive compensation when you click on links to those products. Terms apply to the offers listed on this page. For an explanation of our Advertising Policy, visit this page.

The Duke and Duchess of Sussex surprised the world on Wednesday with their announcement that they intend to step back from their roles as senior royals and become financially independent. In addition, the couple said they plan to split their time between the United Kingdom and North America.

Prince Harry and Meghan made the announcement after spending six weeks in Canada with their son Archie. In a photo caption posted to their Instagram account, the couple said that while they will continue to support Her Majesty the Queen, they intend to focus on the next chapter "including the launch of our new charitable entity".

Traditionally, the Royal Family uses different means for travel, which includes private, chartered, and commercial aircraft, as well as military aircraft in particular from Commonwealth countries. Given the high profile of the family, private jet travel will likely be included in their travel plans but, having previously caused controversy with the use of private jets, Meghan more recently has been using commercial, scheduled services to fly between the U.K. and the U.S.

Aside from potentially using private jets lent to them by wealthy friends, Harry and Meghan ought to now think about their frequent flyer and travel strategy to maximize their long-distance commute, assuming their are as savvy and keen to maximize their travel as we are.

Choosing an airline and alliance and earn status

There is no shortage of great options to fly between the U.K. and North America — and in particular on the billion-dollar revenue route between London and New York. Between these two cities, airlines try to woo passengers by ensuring their best business-class products fly on said route. Along with flights to the U.S., when flying to Canada, we are also a fan of WestJet, which offers high-scoring products in business, premium economy and economy.

The key for anyone new to the frequent flyer world is to always earn miles and points when flying or staying in a hotel. Ideally, the royal family should pick an airline or alliance and stay loyal in order to earn status and reap the benefits, such as lounge access and priority boarding.

Given they will always be members of the British Royal Family, they might want to either go for British Airways, which recently introduced its new Club Suite business-class product, or Virgin Atlantic, which also upped its game with the Upper Class Suite in 2019.

Assuming the couple flies between the U.K. and North America at least every other month, they can comfortably earn elite status with a number of carriers. So how long would it take to earn status with the major carriers that fly between North America and the U.K.?

British Airways offers some beneficial perks for frequent flyers. And, given Harry and Meghan's ties to the country, they might be especially keen on a relationship with the flagship carrier's Executive Club program during their jaunts between continents.

With their goal to become financially independent, Harry and Meghan might choose to fly economy. However, flying economy isn't an effective way to earn status with BA, as flights in premium cabins are massively favored in the Tier Point system. It would take a whopping 75 one-way discounted economy flights to reach BA Gold status.

It's also worth noting that Toronto (YYZ) is one of only a few routes that currently has the airline's new Airbus A350 aircraft, meaning they'll be flying in comfort in the new Club Suite seat. The Club Suite is also on select frequencies to New York (JFK) with the carrier's refurbished 777-200 aircraft.

Related reading: How to fly the British Airways Club Suite

If the couple chooses to go with the U.K.'s other major long-haul carrier, they could opt for Virgin Atlantic, which flies between London and a number of U.S. destinations. Notably missing from Virgin's route network, however, is Toronto, the city where the couple have been rumored to have been eyeing for residence.

If they do choose to go with Virgin and fly to cities by the likes of New York (JFK and EWR), Boston (BOS), Miami (MIA) or others, they'll be focused on earning one of two levels of elite status in the Virgin Atlantic Flying Club: Silver (400 Tier Points) or Gold (1,000 Tier Points). Based on travel between Virgin's East Coast cities and London, the couple would need to fly the following in order to earn status:

Virgin flies its Airbus A350 aircraft with the new Upper Class Suite exclusively on its route to New York — at least for the time being. As of 2020, the carrier will fly the aircraft to Johannesburg (JNB), Los Angeles (LAX), San Francisco (SFO) and Lagos (LOS).

All three of the major U.S. carriers also offer their own loyalty programs, which could be rewarding options for Harry and Meghan.

American Airlines belongs to the Oneworld alliance — the same as British Airways. With the close partnership between the two carriers, Harry and Meghan could be set up to utilize flying with BA transatlantic and then connecting on American's extensive route network in North America.

Delta Air Lines owns 49% of Virgin Atlantic. Because of that, the two are very connected in terms of reciprocal mileage earning and redemption options — even though Virgin Atlantic isn't a member of the SkyTeam alliance. Similar to the relationship between BA and American, Harry and Meghan would be able to fly across the Atlantic with Virgin (or Delta) and then connect on to Delta's North American route network. Additionally, Delta and Virgin Atlantic partner with WestJet, which could ease connection to and within Canada.

Unlike American and Delta, United doesn't have a strong U.K.-based partner. As a member of the Star Alliance, however, it does partner with Air Canada — a good option when considering Canadian connectivity.

No matter which route the couple decide to take with their frequent flyer strategy, they should go about maximizing benefits from the beginning of their new lives away from the Royal Family. By ensuring they're signed up for frequent flyer programs to earn valuable points and miles, as well as putting the cost of the flights on the best credit cards for earning points and following some of the other tips and tricks as part of our beginner's guide, they'll be set for success. And, they'll eventually earn enough points and miles to make their first redemption for a family holiday.

Moving countries, switching careers and long-distance commuting between two continents can both be incredibly exciting, but also very stressful. So, earning elite status can help to ensure at least flying between the two is as seamless as possible with elite status benefits — even for royals.

We wish Harry, Meghan and Archie all the best in their next chapter and look forward to watching their frequent flyer strategy take shape!