Articles
Tarah Chieffi is a family travel writer for TPG. Whether she’s sharing tips for planning the perfect theme park trip or finding a kid-friendly hotel, her goal with every story she writes is to inspire families to get out and explore the world.
Follow
April 04, 2022
•
5 min read 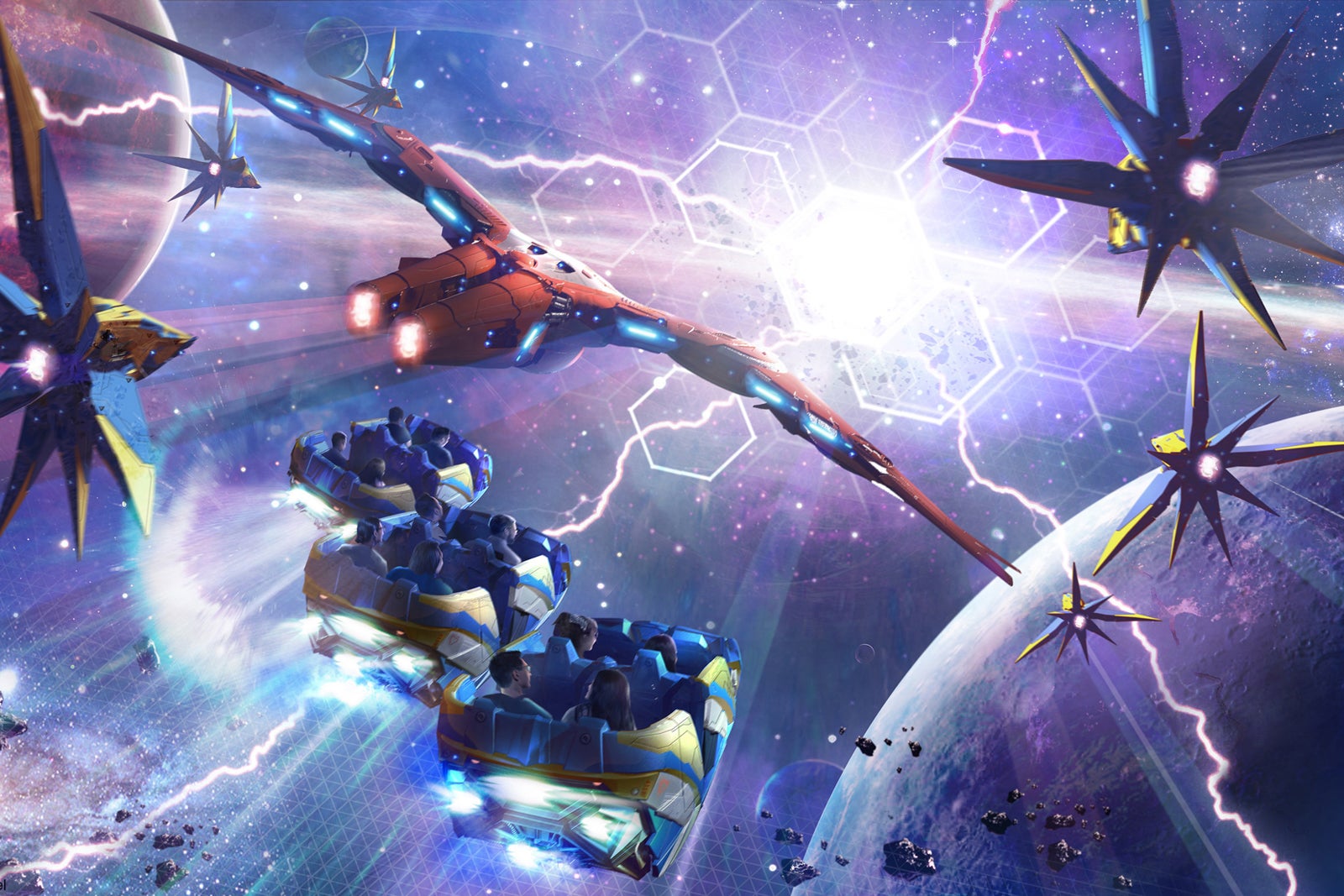 It's been nearly five years since Disney World first announced that a "Guardians of the Galaxy"-themed roller coaster was coming as part of Epcot's massive overhaul. This also means we've spent the past five years impatiently waiting to find out when we could join Star-Lord, Groot, Rocket and the other Guardians on their next adventure.

Fellow Terrans, the wait is almost over.

On Monday, Disney announced that Guardians of the Galaxy: Cosmic Rewind is officially slated to open on May 27. Here's everything you need to know about Epcot's first-ever roller coaster before it opens this Memorial Day weekend.

New 'Guardians of the Galaxy' ride opening at Epcot

Guardians of the Galaxy: Cosmic Rewind, like many Disney attractions, has a story to tell.

Your journey begins in the queue area, which Disney refers to as Epcot's first “other-world” showcase pavilion, as a play on words. Rather than exploring the Disney version of Mexico or Italy, you enter the Wonders of Xandar pavilion to learn about the people of Xandar.

And not to get too nerdy, but you may remember that in the original "Guardians of the Galaxy" film, Star-Lord visits Xandar – the capital of the Nova Empire – and meets his Guardian buddies Gamora, Groot and Rocket for the first time.

The unlikely bunch eventually became teammates and friends and have since saved the galaxy ... more than once.

Your visit to the Wonders of Xandar pavilion begins with a tour of the Galaxarium – "a planetarium-like exhibition showcasing the similarities and differences between Xandar and Earth's galaxies" – before, as often happens when the Guardians of the Galaxy are involved, things go a little sideways.

Before you know it, the Guardians are enlisting you to help them save the galaxy yet again on "an urgent mission where you'll rewind, rotate and head towards the action through an exciting space pursuit." Of course, the whole adventure will be set to the timeless tunes the "Guardians" films are known for.

Not only is Guardians of the Galaxy: Cosmic Rewind Epcot's first roller coaster, it is also Disney's first reverse-launch coaster, the first Disney World attraction to feature Marvel characters and one of the longest enclosed coasters in the world.

In other words, this is a big deal.

To put it into perspective, four Spaceship Earths could fit inside the massive Cosmic Rewind show building. TPG got a preview inside the building in late 2021 and to say the space is enormous is an understatement.

Building off of Disney's patented Omnimover technology (used on attractions like Haunted Mansion and Spaceship Earth), Cosmic Rewind's ride cars will have the ability to rotate a full 360 degrees so you can follow the action wherever it goes. During TPG's peek inside the show building last year, there appeared to be numerous large screens where the action will unfold before your eyes as you zoom by.

How to ride Guardians of the Galaxy: Cosmic Rewind

Disney is billing Guardians of the Galaxy: Cosmic Rewind as a "family-thrill coaster" and in past interviews with TPG has described it as somewhere between Seven Dwarfs Mine Train and Rock 'n' Roller Coaster in terms of thrills.

But, with that said, Disney's height requirements are still relatively low compared to other theme parks and even some 5-year-olds will be tall enough for this attraction, which lives up to the family-friendly claims.

Based on how Disney has managed recent attraction debuts, it is quite possible, though not yet confirmed, that Cosmic Rewind will utilize a virtual queue of some sort during its initial phase of operation. It is also likely to become one of the two individually sold Lightning Lane attractions in Epcot for those who wish to pay an additional fee to access a much shorter wait time, though that is also not yet confirmed. The "Ratatouille" attraction that debuted in fall 2021, also in Epcot, utilized both a virtual queue and paid Lightning Lane access during several of its initial months of operation.

If you are hoping to be one of the first in line when the ride opens, it's safe to assume a lot of other Disney visitors will have the same idea. You need to get your tickets and make a theme park reservation now to ensure you can even get into Epcot on the morning of May 27.

As of the time of publication, Epcot reservations are still available. If they run out, your only hope will be to enter the park after 2 p.m. when park hopping begins, but there's no guarantee park hopping will be available if the park is at capacity. Don't delay making your plans – the Guardians are counting on you.

With so many "firsts" and as just one part of the park's multiyear transformation, Guardians of the Galaxy: Cosmic Rewind is helping Epcot fast-forward into the future.

Keep your starships parked close by for a full review when Cosmic Rewind officially launches on May 27.

Featured image by Disney/Marvel
Editorial disclaimer: Opinions expressed here are the author’s alone, not those of any bank, credit card issuer, airline or hotel chain, and have not been reviewed, approved or otherwise endorsed by any of these entities.