Articles
Summer Hull , aka Mommy Points, ran the Mommy Points site for families who want to travel more for less using miles and points for seven years. She now heads up a variety of special projects at TPG when she isn't exploring the world with her own two girls.
Follow
Nov. 26, 2021
•
13 min read 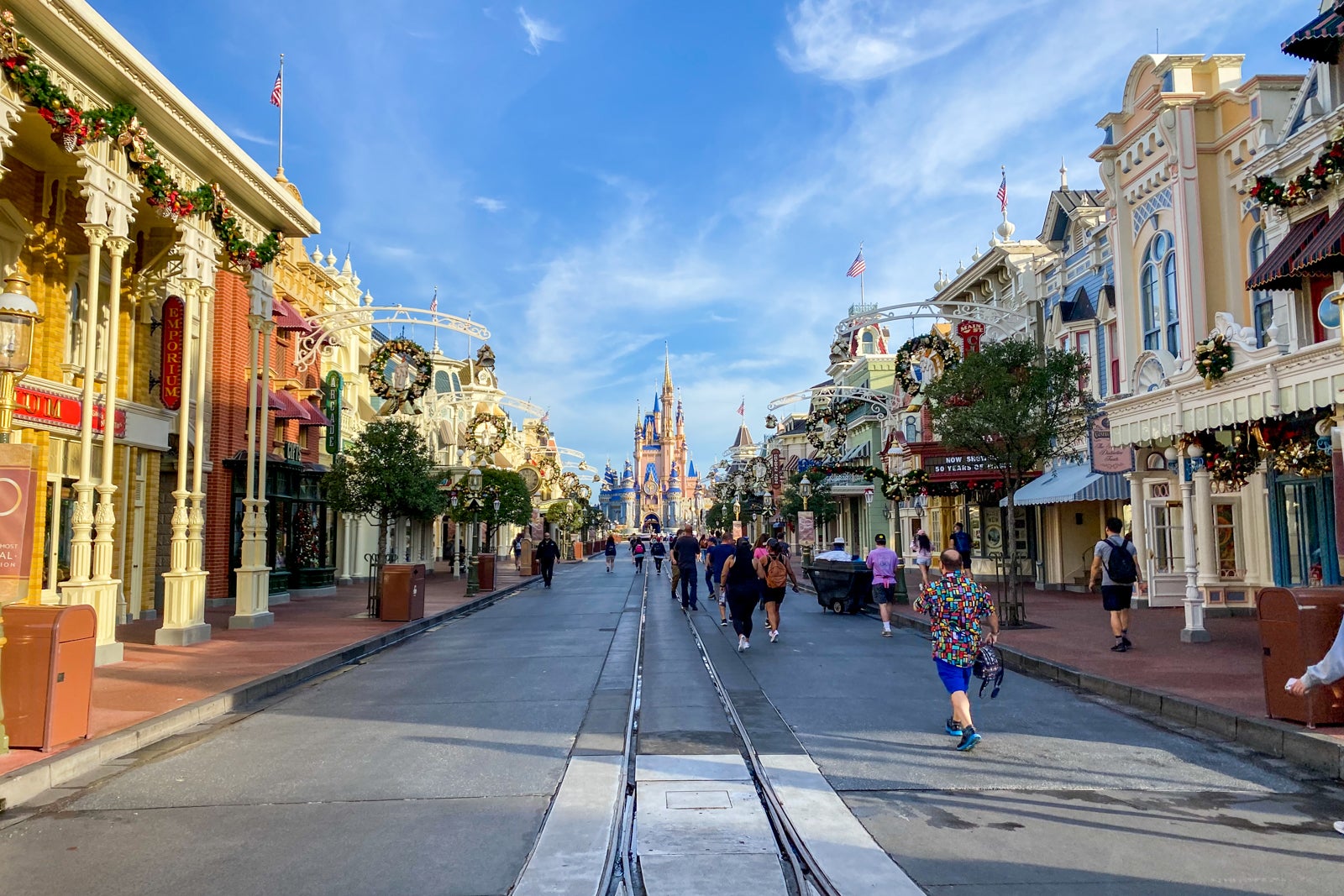 It can be tough enjoying all that a single Disney World theme park has to offer in one day. It doesn't take a Disney expert to know that the idea of riding every ride across Disney World's Magic Kingdom, Animal Kingdom, Epcot and Hollywood Studios in just one day is insane.

But we like attempting otherwise insane things sometimes – especially when those things benefit charity – so we set out to do the impossible and ride everything at Disney World in a day.

According to an official count, there are currently 52 moving attractions at Walt Disney World. This ranges from big-named rides such as Space Mountain and Expedition Everest to the lesser-known hits such as the Magic Kingdom's Main Street Vehicles and the boats to Tom Sawyer's Island.

We embarked on this adventure not only because we love Disney, are only questionably sane and wanted to push the limits of what is possible, but also to raise money for one of our favorite charities, Give Kids the World (GKTW).

GKTW is located in the Orlando area, and just in case you haven't heard of it, yet, it is where the majority of Make a Wish kids stay during their trip to Orlando. GKTW is a special place that puts thought into every aspect of the stay so that these special kids and their families can celebrate a year of celebrations in one day, enjoy accessible rides on-site and be within easy access to all the major area theme parks.

To raise money for this great organization, not only did The Points Guy pledge $150 per ride we could complete in a day, but some other very generous readers and supporters also did the same.

With that incentive driving our insanity, we set out on our mission.

For more TPG news delivered each morning to your inbox, sign up for our daily newsletter. And if you want to stay up to date on all things Disney, make sure to bookmark our Disney hub page.

Rules of the game

Of course, there are rules for any challenge. Just like the first time we tried this in 2018, we largely followed the Parkeology challenge rules which stipulate no special access of any kind, including no buying your way onto a private VIP tour or otherwise doing something that any other guest couldn't replicate.

You can, however, use the early and late park hours that are available to resort guests and make use of the new paid FastPass replacement system, Genie+, which we did to the absolute max.

Also, each unique ride only counts as one, so no riding teacups all day long just to up the scorecard – thank goodness.

Our attempt to ride all the Disney rides

The morning of the big day, Colby from the TPG social team and I were joined by Richard Kerr of Bilt Rewards (formerly with TPG), Ed Pizza from PizzaInMotion.com (a regular TPG contributor) and Jeanne Hoffman from Le Chic Geek.

We were all staying at Disney resorts, so we were eligible to start riding attractions at 8:30 a.m. — 30 minutes before the official 9 a.m. start. To be at the front of the (large) pack that gathers for that 8:30 a.m. start, we were in place as soon as the park started letting people in at 7:30 a.m. We'd be back in that same park until 11 p.m. that night.

Here's how the ensuring 20 miles worked out ... and how many rides we were able to pull off.

Then, we park hopped to Animal Kingdom.

Next, we park hopped over to Hollywood Studios

Finally, we returned to Magic Kingdom to end out the night. The park was open two extra hours from 9 p.m. until 11 p.m. for guests staying at deluxe resorts, so we were able to squeeze in a few more rides.

If that sounds like an insane day at Disney World, you aren't wrong. To document the rides, we took selfies throughout the day that sort of ... deteriorated as the hours, miles and rides dragged by.

Lessons learned after trying all the Disney rides

We knew going in we couldn't actually ride all 52 rides in one day. No one has completed this challenge at Disney World, as far as we know, since the parks reopened after the pandemic closure with new rules.

For one, park hopping isn't currently allowed until 2 p.m., leaving you three parks to go with the day two-thirds of the way over for some operating hours. An extra challenge is that Disney keeps building and opening new rides – so while it was technically possible to pull off this feat a few years ago, it might now be impossible with additions such as Rise of the Resistance, Remy and Mickey and Minnie's Runaway Railway, which are all quite popular.

Additionally, 8:30 a.m. to 11 p.m. isn't going to be enough hours to get it done even under the best of circumstances. While Genie+ allowed us to do more than we otherwise could have, it's still new and quirky to use. Our true goal was to ride as many rides as humanly possible, and 38 rides across four parks – with a late-night hop back to Magic Kingdom – may have been darn near that limit while still following the rules.

With all that said, here are some tips if you want to ride as many Disney World rides as possible in just one day.

Related: How to experience Disney World on three different budgets

Our final stats were 38 rides completed, 20 miles walked (or, sometimes jogged), over 16 park hours logged and, most importantly, over $20,000 raised for Give Kids the World Village. We didn't ride everything offered by Disney World in one day – but all things considered, we got pretty close.