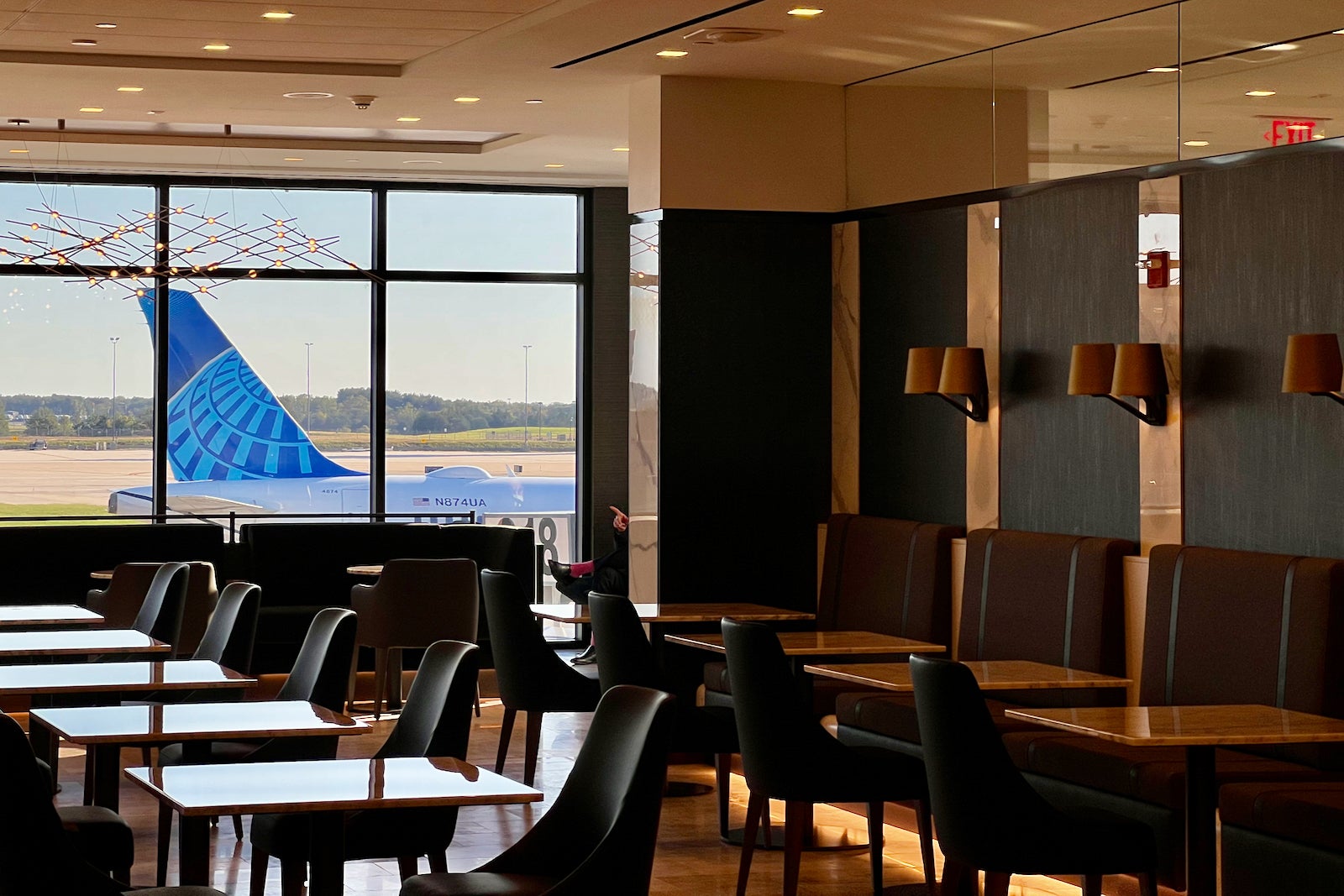 As 2022 comes to a close, it's time to start planning how you'll requalify for elite status next year.

Many major airlines and hotel groups have already announced changes to their loyalty programs for 2023, and they're not necessarily pretty. Across the board, we're seeing increased status thresholds and a return to pre-pandemic expectations for earning status.

As such, it's more important than ever to start plotting your 2023 elite goals, especially if you're vying for multiple top-tier statuses.

To help you start thinking about earning status for next year, here's a look at my requalification plans.

This year, I've been quite happy with my experience as a top-tier American Airlines flyer. Many of my complimentary upgrades have cleared, and I even snagged some hard-to-get bumps to long-haul business class on routes to Tel Aviv and Doha, Qatar, using systemwide upgrades.

I've also been impressed with American's improved onboard catering and am happy with the direction that the airline's Admirals Clubs are going (catering aside).

Of course, flying with American isn't always the most comfortable, especially when you're seated in economy on an Oasis configuration that doesn't have seatback entertainment.

That said, I've received immense value from my Executive Platinum membership this year and plan to requalify for next year.

So, during the second quarter of next year, I'll begin plotting out the best ways to earn Loyalty Points, whether that's from cobranded credit card spending or from booking hotel stays through Rocketmiles. I'll also credit all of my Oneworld flying to my AAdvantage account, which should help me close the gap to 200,000 Loyalty Points.

Delta SkyMiles: No plan to requalify

I didn't expect to earn Delta Medallion status this year, but I couldn't pass up the limited-time opportunity to partake in a Diamond status match this summer.

While I didn't do enough Delta flying to maintain Diamond status, I did receive a soft landing to Gold Medallion. I've been enjoying my Delta travel experiences, but I don't primarily fly the airline. I find that its fares are often higher than the competition's, and I'd prefer not to accrue SkyMiles, which continue to be devalued.

So, I'll continue to fly Delta in the new year as it makes sense for my travel plans, but I'm not going to shift any additional business to the carrier to requalify for Gold Medallion. Plus, with Delta's increased status thresholds, I'd likely need to move the majority of my flying to the airline, which I'm not ready to do.

In case you missed it, United is bringing back its pre-pandemic requirements for earning Premier status. To requalify for Premier 1K status next year, I'll need to take either 54 flight segments and spend roughly $18,000 on United flights, or "just" spend $24,000 with the carrier. (Note that doesn't factor in the head start bonus that United will deposit next year.)

Historically, United's been my go-to airline, but as I mentioned, I've been enjoying my experience as an American Airlines Executive Platinum member. I haven't received more than a couple of United upgrades this year, and I'm sitting on a four-figure balance of PlusPoints that I'm struggling to redeem.

With bloated elite ranks, I'm tempted to give United my business where it makes the most sense, and then reevaluate my plans in the third quarter of next year based on where I'm at.

Fortunately, United will award Premier qualifying progress for MileagePlus redemptions next year, so that'll at least help soften the blow of the increased requirements.

At this point, I'd say Premier 1K is possibly within reach, but it's too early to tell.

JetBlue Mosaic: Too early to tell

Speaking of too early to tell, that brings me to JetBlue.

I grew up in South Florida, and have been a TrueBlue Mosaic member for many years. JetBlue has always been the primary airline I fly to visit my family, and I've historically been a big fan of the Mint business-class offering for transcontinental flights.

While those have been the Mosaic requirements in the past, the airline hasn't yet announced its 2023 adjustments. JetBlue promised in mid-October that it'll be making big changes to the program, but the details still haven't been revealed.

I'll wait for more details before making my plans, but I'm tempted to give up on JetBlue this year. The airline's operational performance continues to suffer and the Mosaic benefits package isn't nearly as valuable as it once was.

The information for the JetBlue Plus Card and JetBlue Business Card has been collected independently by The Points Guy. The card details on this page have not been reviewed or provided by the card issuer.

World of Hyatt: Requalify for Globalist

Hyatt has long been my preferred hotel chain, and I'll continue to stay at the brand's hotels throughout 2023.

With reasonable redemption rates, fantastic elite recognition and valuable perks, the World of Hyatt program continues to shine. Plus, with 1:1 instant points transfers from Chase Ultimate Rewards, I can easily replenish my Hyatt balance.

Of course, Hyatt's biggest downside is that it lacks the footprint of a major global chain like Hilton or Marriott, but I find that the elite perks and loyalty program more than compensate for that. In my case, I'm willing to go out of my way to stay at Hyatt hotels, and I'll continue to do that next year to earn the 60 elite nights required for Globalist status.

Marriott Bonvoy: Platinum is easier than ever

My "backup" hotel chain is Marriott. I can almost always find a property no matter where I'm traveling, and I've enjoyed some of the brand's most aspirational hotels throughout the years.

To enhance my Marriott stays, I've always tried to earn Platinum status, since it offers perhaps the most valuable perks of a mid-tier level. This includes guaranteed 4 p.m. late checkout, lounge access and complimentary breakfast at most Marriott brands.

One level above Platinum is Titanium Elite, but I don't really find it worthwhile to spend an additional 25 nights with Marriott to unlock incremental perks such as increased earnings on paid stays, United Silver status and a 75-night annual Choice Benefit.

Plus, I've had terrible luck using Suite Night Awards from my annual Choice Benefits package, so hitting Titanium seems like a wasted effort to me.

For the past few years, I've been able to hit Platinum status quite easily, thanks to double dipping on elite nights earned from the personal and business cobranded Marriott credit cards.

This year, however, the top-tier Marriott Bonvoy Brilliant® American Express® Card received a major refresh, and it now includes Platinum status for as long as you hold the card. Note that you won't receive a pick from the Choice Benefits package without earning 50 qualifying nights, but given my bad luck with Suite Night Awards, I'll take the included Platinum status and reevaluate further down the line.

Like many frequent travelers, I'm already strategizing my elite status goals for next year. With the increased status requirements at many airlines, I'll be especially vigilant about monitoring my progress throughout the year.

If I'm not tracking where I need to be, then I'll think about adjusting my plans. For me, that'd likely mean spending more time flying American and staying with Hyatt.

I'll also earn some other statuses next year simply by holding the right credit card. This includes:

That said, elite status in general isn't nearly as valuable as it used to be. With more flyers purchasing premium seats, upgrades aren't nearly as common.

Plus, with more people than ever in each tier, competition for perks like extra-legroom coach seats seems to be at an all-time high. In some cases, unless I'm booking flights well in advance, I may only have a pick from middle seats in the extra-legroom section.

While I'm not yet ready to get off of the elite status hamster wheel, I'm beginning to consider just purchasing the perks I value most — whether that's a first-class seat or a hotel suite upgrade on a special stay — and then seeing where I land in the elite ranks.