Please, Whatever You Do, Don't Use Your Points on Amazon or Seamless

Articles
Samantha Rosen was one of the first 20 employees at TPG. She started as the site's first full-time social media editor and also served as its lifestyle editor.
Follow
Jan. 17, 2019
•
5 min read 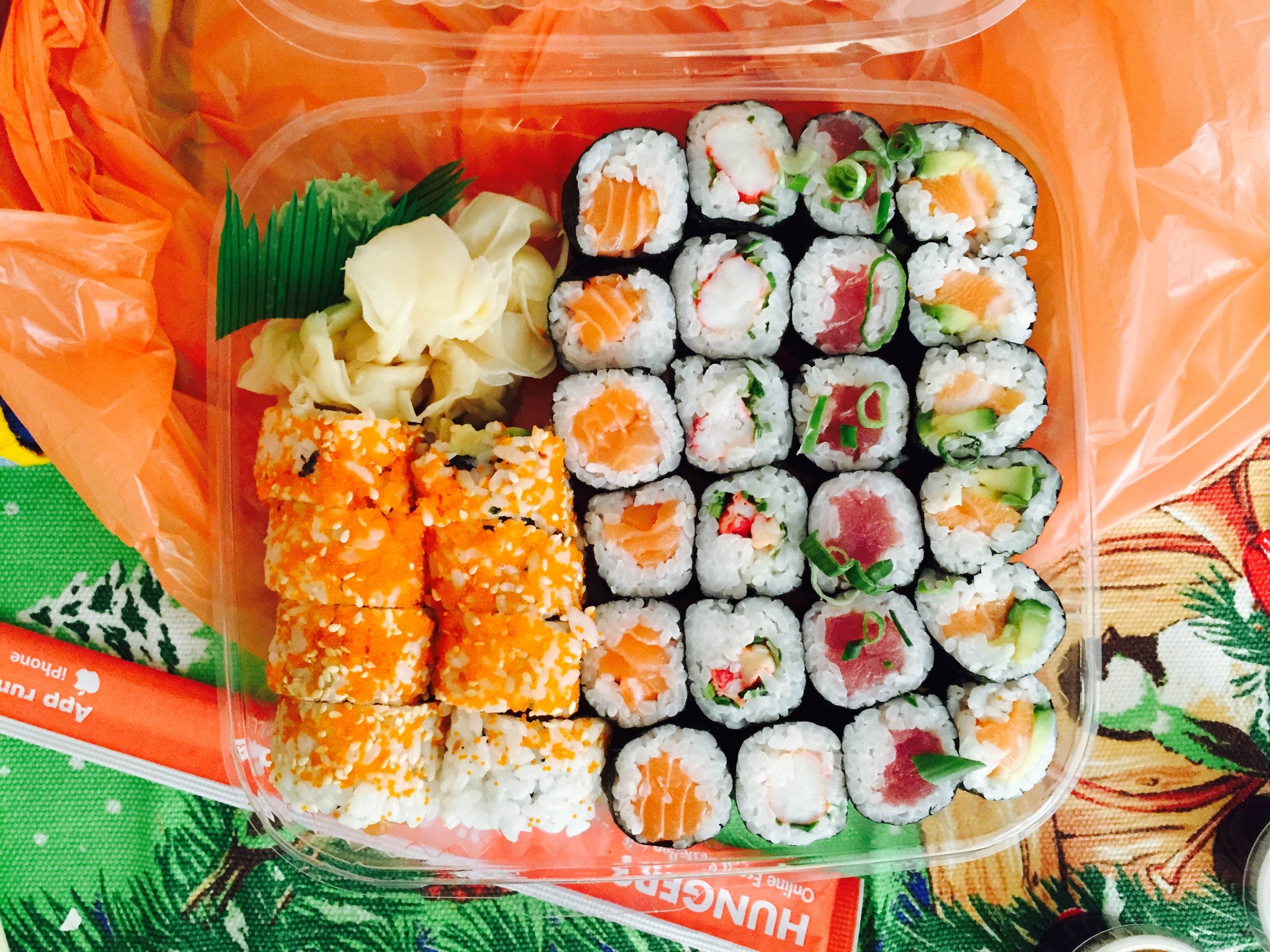 Please, Whatever You Do, Don't Use Your Points on Amazon or Seamless
This post contains references to products from one or more of our advertisers. We may receive compensation when you click on links to those products. Terms apply to the offers listed on this page. For an explanation of our Advertising Policy, visit this page.

The other day, my sister texted me, thinking she stumbled upon a major revelation: She could use points to order sushi on Seamless. Free sushi! What could be better than that?

No! Abort mission! Do not pass go! Why? Because it is a terrible, horrible, no good, very bad use of your points. Let me explain.

Let's do a little real-world example. Say I'm ordering sushi for dinner tonight because I can't be bothered to cook. My total comes out to about $30 (What? Naruto rolls are expensive, ok?). When I go to checkout on Seamless, I'm prompted to use some of my Amex points, also known as Membership Rewards points.

It gives me a prompt to pay with points — and for $30, the equivalent of 4,286 points in their book, my spicy tuna roll will be on its way.

According to us, 4,286 Amex points are worth almost $86. While determining the value of points and miles isn't an exact science and varies from company to company (and depends on how you personally value each currency), that's still far off from $30. And if I'm going to be eating $86 of sushi, you better believe I'll be at Nobu or Sushi of Gari instead of ordering in from a casual sushi place near my apartment. When you also factor in what you can do with nearly 4,000 points, it really starts to sink in that you're getting the short end of the stick.

4,000 Amex points on their own won't get you very far — literally. Delta, though, is an Amex transfer partner and points transfer at a 1:1 ratio. In English, you can transfer your Amex points to Delta, and for every Amex point you transfer, you'll get 1 Delta mile. This can be really valuable when you consider that Delta regularly has "flash sales" on domestic flights for as little as 6,000 SkyMiles. So, to put it this way: For only 2,000 more points, you could be flying from Boston to Austin (or other combinations of domestic cities that aren't as rhyme-friendly). I love my sushi as much as the next girl from Long Island, but not enough to hand over the majority of the cost of a one-way flight.

If you'd rather stock up your miles and do something really big, you could use 70,000 Amex points to book a round-trip business-class ticket to Tokyo (NRT) on ANA when Amex is running a 30% Virgin Atlantic transfer bonus — and that's just one example. My point here — pun intended — is that your points are valuable. They add up over time, and wouldn't you rather save them and put them to use for an amazing vacation than use them for mediocre takeout that you're going to forget you ate the next day? I don't know about you guys, but I'd take sushi in Tokyo over sushi from a generic neighborhood spot any day.

Same thing goes with Amazon. You could pay with points to order a waffle maker/Amazon Alexa/what have you, or you could save them and get more value out of them by going on the vacation of your dreams. Take your pick.

There is one thing we should note as far as Amazon goes, though. In rare cases, it does make sense to use your points — namely, when there is an insane promotion to get $30 off a $60 purchase using 1 Amex point or $15 off a $60 purchase using 1 Chase point. Why? Because you're using just 1 point, and getting a lot in return for it. In the cases I just mentioned, one Amex point is worth a whopping $30 (as opposed to the usual 2 cents), and one Chase point becomes equivalent to $15 — whereas it's usually also 2 cents based on our valuations. Paying the equivalent of 2 cents to get $30 or $15 worth of stuff? Yes, please.

When you're making purchases on Amazon, be sure to use a card that earns you bonus points on purchases, such as the Amazon Prime Rewards Visa Signature (5% cash back) and the Chase Freedom Unlimited (1.5% cash back). As far as dining, your best options include the American Express® Gold Card (4x at restaurants) and the Chase Sapphire Reserve (3x).