Disney World ticket prices are going up, cost will now vary by park

Articles
Summer Hull , aka Mommy Points, ran the Mommy Points site for families who want to travel more for less using miles and points for seven years. She now heads up a variety of special projects at TPG when she isn't exploring the world with her own two girls.
Follow
Nov. 15, 2022
•
6 min read 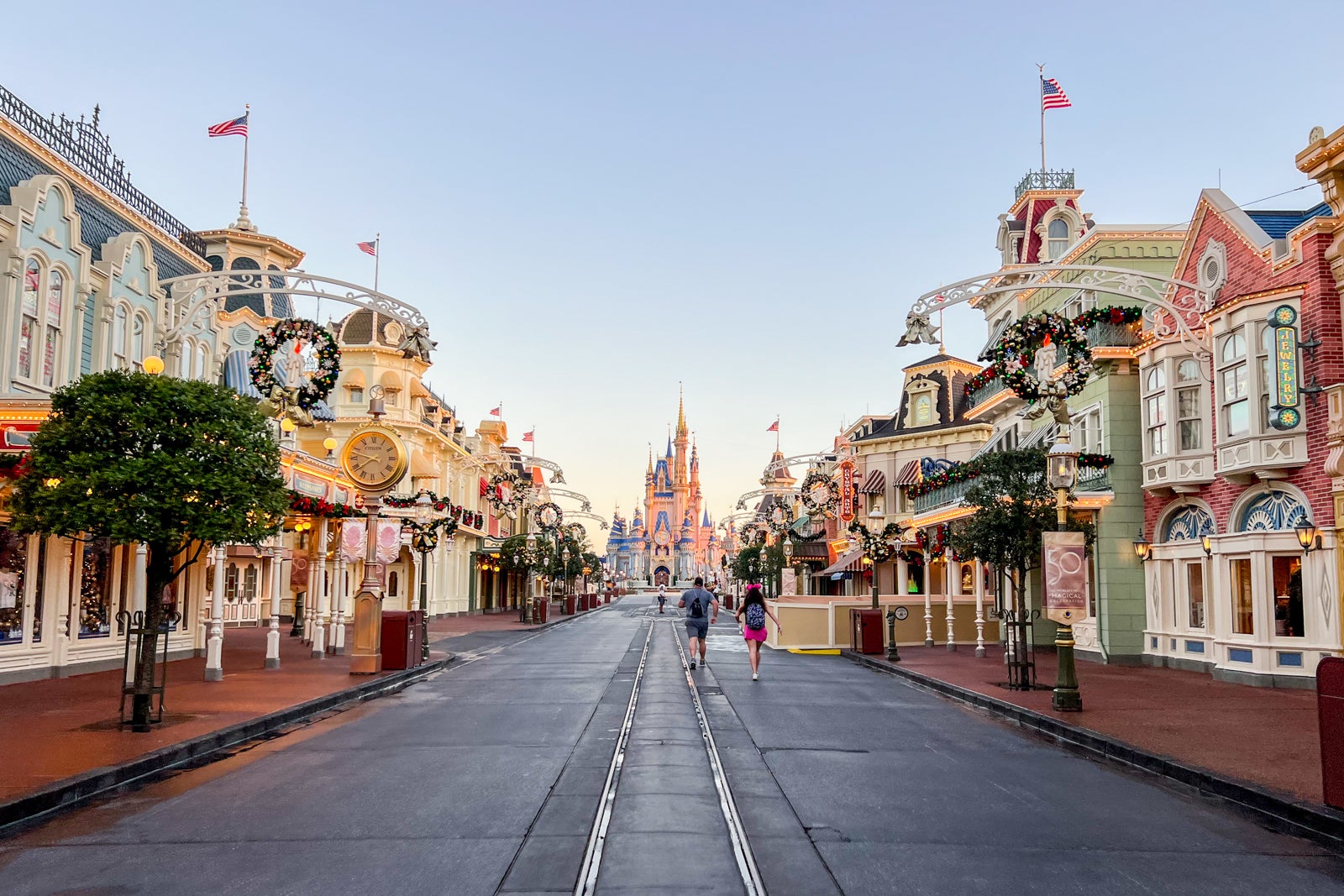 It's the news that would-be Disney guests don't want to hear: Prices for many Disney World tickets are going up.

The previous high watermark for single-day tickets to one park at Disney World was $159 per day, but as of Dec. 8, ticket prices will go as high as $189 for one-day tickets to the Magic Kingdom around the busy Christmas and New Year's time frame.

That's more expensive than a one-day Epic Day Pass that can be used to ski at mountains including Vail, more than entry-level tickets to the Broadway hit "Hamilton" and even more expensive for a family of four than it would be for that same family on a per-night basis for some sailings with Disney Cruise Line.

Along with ticket price increases, Disney is making additional tweaks and adjustments to dining reservations and park pass reservations systems. Here's what you need to know if you're planning a Disney World vacation in the coming months.

Before we get into the new prices, there's an important change in how tickets are priced.

In 2018, Disney introduced variable date pricing where the price of the ticket depends on the day you want to visit. This means peak days cost more and off-peak days cost less. But now, Disney is going to have variable prices not only by date but also by the selected park.

Magic Kingdom will be the most expensive park, which a Disney spokesperson said is because it's the most-visited and in-demand park in the world. This is also the park that will be home to the new Tron-themed ride when it opens in 2023.

Epcot and Hollywood Studios, which have both undergone significant development in recent years, will be the middle-tier parks when it comes to pricing. Animal Kingdom, which has not had any major additions since the Pandora-themed land opened in 2017, will be the most inexpensive park, maintaining its current price range of $109 to $159 per day for one-day, one-park tickets.

The new Disney World ticket price ranges are as follows:

The new park-specific pricing model will take effect for one-day, one-park tickets beginning on Dec. 8, 2022. On that same day, Disney will also update prices for its Park Hopper and Park Hopper Plus options as that pricing will now also vary by date rather than be a fixed-cost add-on. Disney did not yet share the details of those pricing changes.

Related: How to use points to purchase Disney tickets

For about the last year, Disney World has paused all new annual pass sales other than the $399 Pixie Pass, which comes with date restrictions and is only available to Florida residents.

Disney is continuing that pause on most new annual pass sales, but just as ticket prices are increasing, so too is the cost to renew a pass. Those prices will increase up to $100 per pass on Dec. 8, depending on the type of annual pass being renewed.

The new Disney World annual pass prices are as follows:

When asked why new annual pass sales are still largely paused, a Disney spokesperson stated that the company is still focused on existing passholders, as they are seeing some of the highest-ever renewal rates from that group.

Related: How much does a Disney World trip really cost?

Now that you'll need to purchase single-day Disney World tickets not only for a specific date but also for a specific park, Disney will automatically make a Park Pass reservation at the time of purchase for that park. These park pass reservations are required in order to visit a park and have been around since Disney reopened in the summer of 2020.

You'll need to continue to make your own Park Pass reservations for multiday tickets and annual pass visits.

Related: What it's like to do Disney on three different budgets

Dining reservations will be more flexible

A piece of good news for travelers who have park plans that sometimes need adjusting on the fly is that, beginning today, Disney dining reservations will now be eligible for penalty-free cancellations and modifications until two hours before the reservation. That's down from a previous 24-hour window to avoid the $10 per person penalty.

In practice, you could often modify dining reservations even within the 24-hour window, but knowing you have the ability to cancel outright until two hours before the reservation is an improvement.

Related: These are the best Disney World restaurants

Disney World was already a very expensive vacation -- one that was already too expensive for many families, especially in the current economic climate.

While the ticket price range for single-day tickets to visit Animal Kingdom will remain unchanged, the cost of other Disney World theme parks is again on the rise.

The theme park juggernaut reports that it's spent more than $31 billion on new experiences for the park guests in the last 10 years in the form of new attractions, festivals and other guest experiences. And indeed, we've seen the addition of multiple new top-tier rides, such as Guardians of the Galaxy: Cosmic Rewind, and the transformation of entire parks.

But when you combine this just-announced ticket price increase (and change in the approach to pricing the parks) with the end of the free Magical Express airport transfer at the beginning of this year and the elimination of free FastPass in favor of paid Genie+ and paid individual Lightning Lanes (which just went through their own price increase a few weeks ago), it seems Disney decided it was time for guests to pay up a bit more for all of the new types of magic it created.

Related stories
What are points and miles worth? TPG’s December 2022 monthly valuations
Capital One Venture X to lose Priority Pass restaurants and spa services as of Jan. 1, 2023
December 2022
Current Hyatt promotions: Bonus points on stays and dining plus double stay credits
Featured image by SUMMER HULL/THE POINTS GUY
Editorial disclaimer: Opinions expressed here are the author’s alone, not those of any bank, credit card issuer, airline or hotel chain, and have not been reviewed, approved or otherwise endorsed by any of these entities.