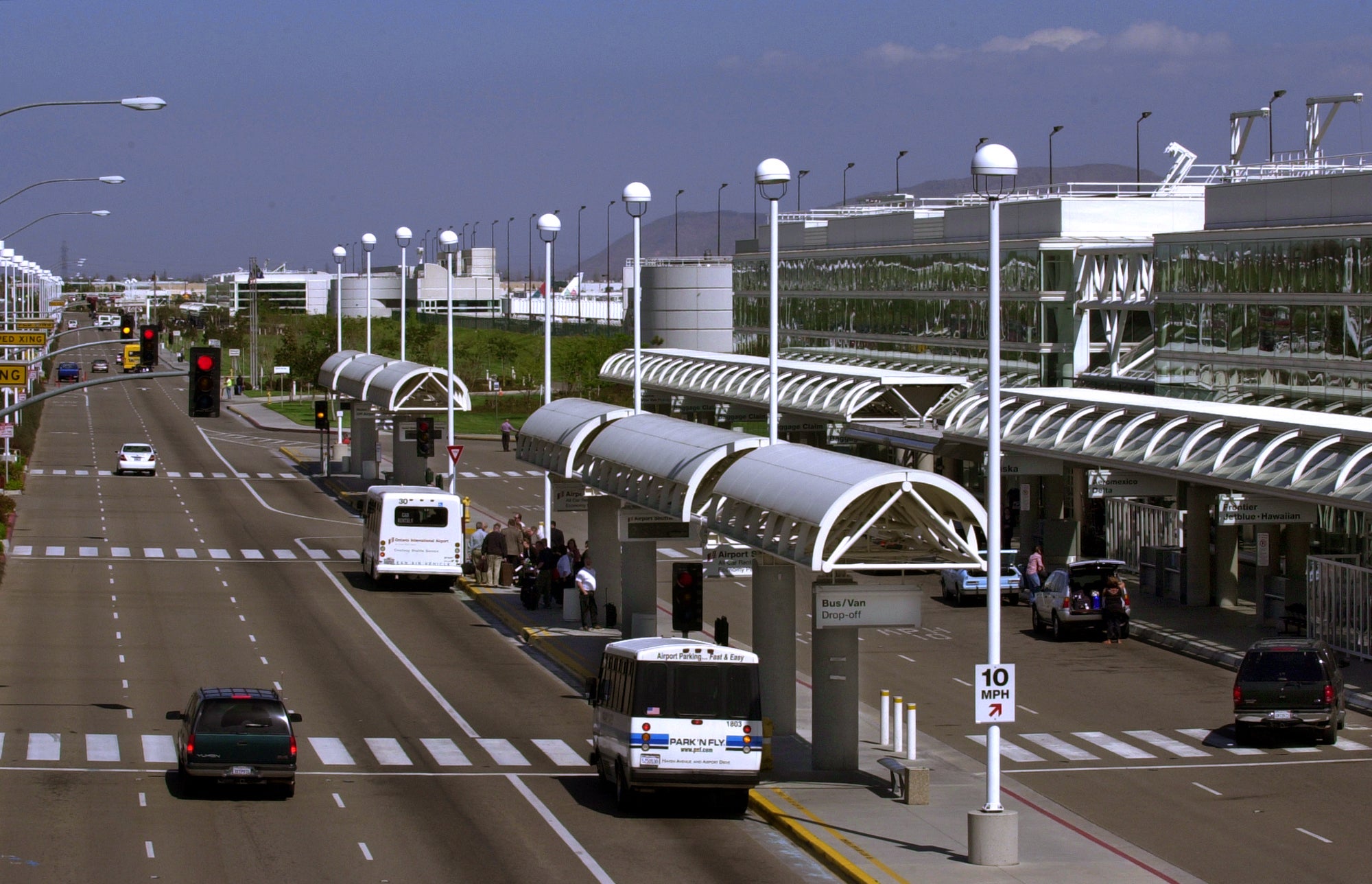 California airport offering free Lyft rides to nearby train stations
This post contains references to products from one or more of our advertisers. We may receive compensation when you click on links to those products. Terms apply to the offers listed on this page. For an explanation of our Advertising Policy, visit this page.

Getting to the airport for many can mean either a long drive in traffic or an expensive taxi or ride-hailing ride. Transit, or even cycling, is a viable option at some airports, but at many others it is either inconvenient or unavailable.

Southern California's Ontario International Airport (ONT) is taking a unique approach to providing passengers transit options. The airport and local transit authority are offering travelers free Lyft rides to or from four nearby Metrolink commuter rail stations in an effort to boost the number of people who take transit to their flight.

“We are committed to exploring all options which enable us to maintain that competitive edge, increase commuter and transit options, and promote sound growth," Alan Wepner, president of the Ontario International Airport Authority, said in a statement Tuesday. The airport is located about 40 miles east of downtown Los Angeles in Southern California's Inland Empire, a region that includes both Riverside and San Bernardino counties.

Travelers can take advantage of the free Lyft rides up to $35 with the code "GOSBCTA" between the airport terminals and the Montclair, Rancho Cucamonga and Upland stations on Metrolink's San Bernardino Line, or the Ontario-East station on the Riverside Line. Metrolink offers 19 trains every weekday to Los Angeles on the former line, and six trains every weekday on the latter line.

All four stations are relatively close to Ontario's passenger terminals. Ontario-East is a three mile drive, Rancho Cucamonga and Upland are about five miles, and Montclair is eight miles, according to Google Maps. Travel times range from nine minutes to 15 minutes depending on traffic.

Ontario is not the only Southern California airport to offer free rides to nearby train stations. Hollywood Burbank Airport (BUR) has complementary shuttles to both the Burbank Airport-North and Burbank Airport-South Metrolink stations from its terminal. Amtrak also serves the latter station.

Tom Janowitz, senior manager of ground transportation at the Burbank airport, told TPG that an average of 250 travelers use the free shuttle to the northern station every month. The shuttle to the southern station is less-frequented as most people walk the one block to the airport terminal.

Both Burbank and Ontario airports are considered alternatives to the congested Los Angeles International Airport (LAX).

Related: LAX counts down to Midfield Concourse opening in 2020

Ontario airport is focused on growing passenger numbers. Long operated by the city of Los Angeles, local jurisdictions retook control in 2016 and have seen a steady rise in traffic numbers ever since. The facility handled 5.1 million passengers in 2018 -- its busiest year in a decade -- according to airport data.

However, the airport is betting that improved transit connections are needed to continue growing. "[Growth] will only occur if we are able to bring in transit, rail, other ways to get here other than with your car,” Wapner told the Inland Valley Daily Bulletin in November.

Local leaders are pushing for an extension of the Los Angeles Metro Gold Line to the airport in the future. An extension of the light rail line from the planned terminus in Montclair has been proposed and studied, but there has been no commitment -- or funding -- to build the line.

Los Angeles, for its part, is focused on connecting LAX to the region's burgeoning Metro rail network. An automated people mover between the airport terminals and Crenshaw Line is due to open in 2023.

Until then, travelers catching taxis, or ride-hailing vehicles after arriving at LAX must use the LAX-it lot next to Terminal 1.