LAX Counts Down to Midfield Concourse Opening in 2020 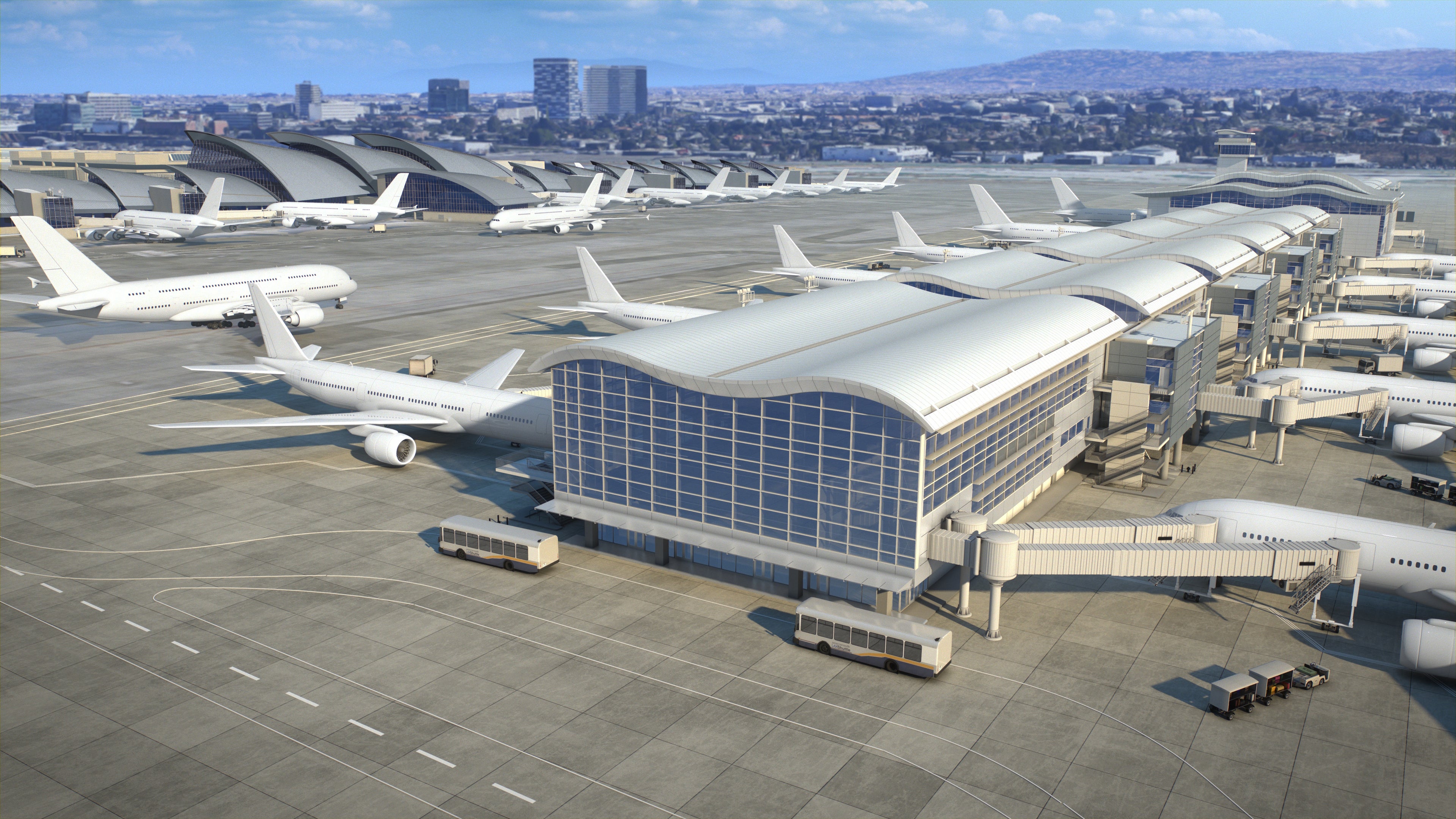 LAX Counts Down to Midfield Concourse Opening in 2020
This post contains references to products from one or more of our advertisers. We may receive compensation when you click on links to those products. Terms apply to the offers listed on this page. For an explanation of our Advertising Policy, visit this page.

Los Angeles is in the midst of a multi-billion dollar program to improve and expand the second busiest airport in the U.S.

Works at LAX range from the new $2 billion Midfield Satellite Concourse under construction west of the Tom Bradley International Terminal, to Delta Air Lines' $1.8 billion upgrade of terminals 2 and 3, and Alaska Airlines' $200 million investment in terminal 6.

The $14 billion in projects at LAX are part of what Los Angeles Mayor Eric Garcetti says is a program to “make LAX work, work for you, work for our visitors and work for everybody,” during a tour of the midfield concourse construction today.

The midfield project follows the redevelopment of the Tom Bradley terminal that was completed in 2013. The concourse will act as a critical release valve adding 12 much-needed gates and parking positions for up to 15 aircraft to the gate-tight terminal complex at LAX.

Executives at some the airport's largest carriers, including American Airlines and United Airlines, have previously cited a lack of available gate space as restricting their ability to grow in Los Angeles.

“Today, we don’t have the gates and the facilities – yet – to really grow and compete with Delta, American and Southwest,” said United president Scott Kirby in March 2017.

The lack of space to add more flights has not stopped airlines from investing in passenger improvements at LAX. American opened a new Flagship Lounge for premium passengers in late 2017, and United followed them opening a Polaris lounge earlier this year.

Once the midfield concourse is completed, LAX officials will be able to focus on other terminal expansion projects including the proposed terminal 9 and concourse 0.

LAX officials have not said what airlines will use the new midfield facility when it opens next year. However, foreign and domestic carriers with a smaller presence at the airport are expected to be among those who make the move.

One airline officials have asked to move is Hawaiian Airlines. However, in a filing with US regulators earlier this year, the carrier raised questions of bias against small carriers by the airport in the relocation process.

Hawaiian carried just 1.2% of the 85.8 million scheduled passengers that passed through LAX in 2018, U.S. Department of Transportation data provided by Diio by Cirium shows. By comparison, the airport's largest airline American carried 19.1% of passengers, followed by Delta with 16% and United with 14.3%.

LAX was second only to Atlanta's 104 million passengers in traffic last year, the DOT data shows.

The midfield concourse and terminal projects are only part of the work underway at LAX. Construction began in March on a new automated people mover that will connect the airport's terminals with a new intermodal transportation center and Los Angeles' burgeoning light rail system.

The people mover is scheduled to open in 2023.

Featured image by A rendering of the Midfield Satellite Concourse at LAX. (Courtesy of Los Angeles World Airports)