Articles
Samantha Rosen was one of the first 20 employees at TPG. She started as the site's first full-time social media editor and also served as its lifestyle editor.
Follow
Nov. 21, 2019
•
4 min read 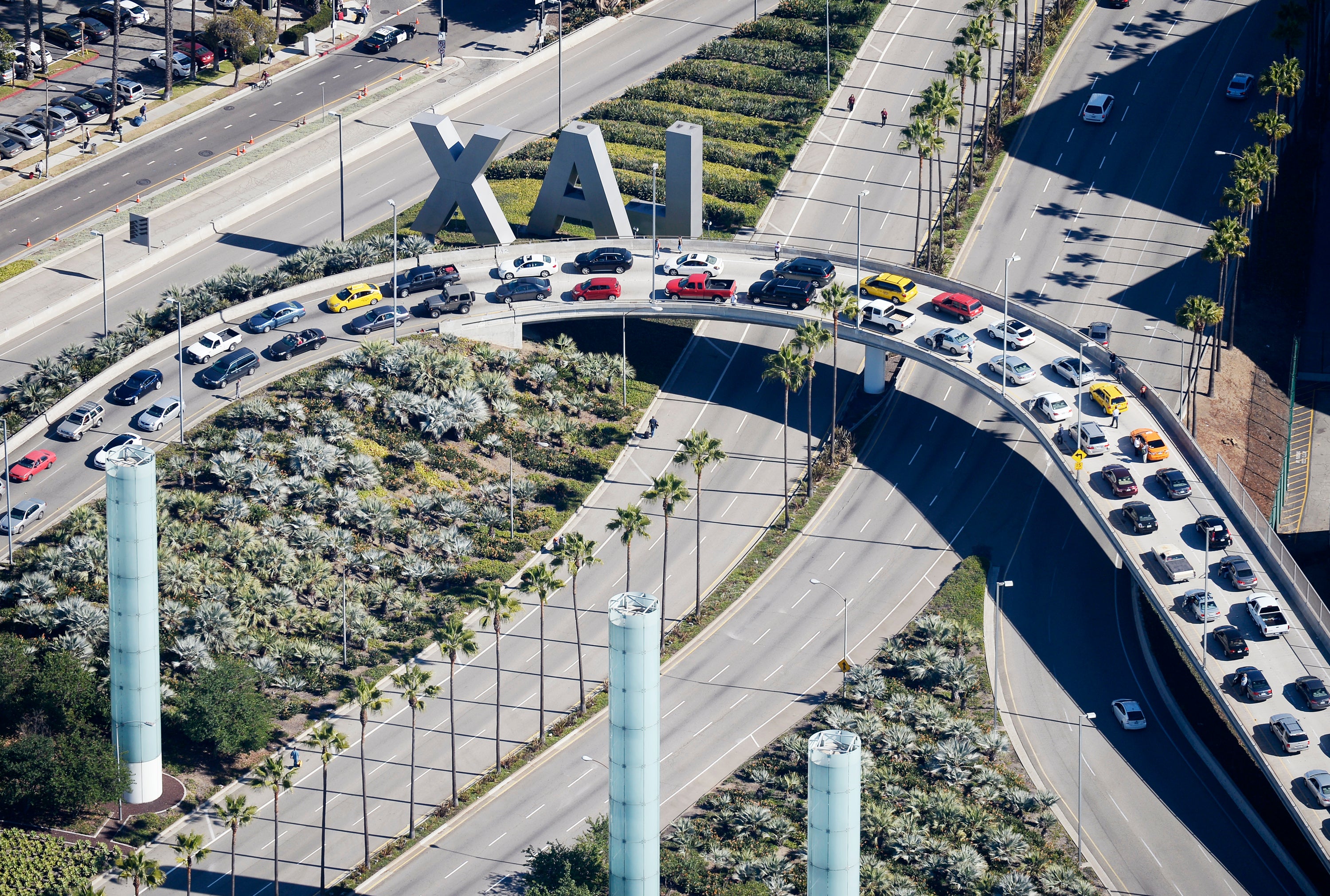 We checked out LAX's new ride-hailing lot — and things are improving
This post contains references to products from one or more of our advertisers. We may receive compensation when you click on links to those products. Terms apply to the offers listed on this page. For an explanation of our Advertising Policy, visit this page.

For travelers who frequently fly through Los Angeles International (LAX), there's finally a bit of good news: The situation at the new pick-up lot for travelers using Uber, Lyft or other ride-hailing services may finally be improving.

As we previously reported, the airport moved all ride-hailing pick-ups to the new “LAX-it” lot, a dedicated pickup space adjacent to Terminal 1 at the airport back in October. Regardless of your arrival terminal, you now have to take a bus (or walk) to this lot if you want to use Uber or Lyft. While it’s viewed as a temporary strategy to combat worsening congestion until LAX’s new Automated People Mover, including a new transportation center east of the terminals, opens in 2023, the situation quickly escalated from bad to worse.

In the first few days, some passengers reportedly waiting for more than an hour for their rides. While there are some tricks you should still have up your sleeve if the going gets really rough, travelers seem to largely agree the worst issues have been fixed.

Ashley Lutz, TPG's vice president of content and editor-in-chief, was visiting Los Angeles this past weekend and went to scope out the situation. She said it was much better than it had been in past few weeks.

"It seems like everyone has gotten used to the new system," she said.

Her friends who live in the city expressed their surprise about how much lighter the traffic was getting, and even Ashley's Uber driver agreed things were improving. While taking a shuttle to reach the LAX-it lot was an adjustment, she said the process was, overall, very efficient.

We also scoured the internet and asked TPG readers to weigh in, and it seems many travelers are experiencing improvements at the LAX-it lot.

"It’s so much better!" said Shay A. "The congestion is gone from the terminal area."

Reader Victoria A. said that she recently "breezed through in about 15 minutes." And Kelli P. said, " ... On the first night at peak time ... It was a nightmare." But when she "took it again a week later in the middle of the day, it was a breeze ...."

This may be, at least in part, due to a series of small but significant changes implemented at LAX in response to traveler outrage over the LAX-it lot experience. According to ABC7, those changes include adding more shuttle buses to the fleet and improving signage, so Uber and Lyft drivers can more easily find the entrance to the lot. Even the rides-hailing companies, ABC 7 reported, have gotten involved by improving their maps for LAX. But the pre-planned lot expansion — a 50% increase — that includes three lanes specifically for Lyft pick-ups may be having the biggest impact on wait times.

"It’s been rapidly and completely reconfigured from the initial roll out," said TPG reader Daniel M., who works at the airport. "The speed with which they’ve made changes including paving and painting new lanes has been impressive."

Of course, the LAX-it lot isn't without its issues. But it seems getting out of the airport and into the city may not be as much of a headache moving forward as it has been for the past few weeks.