AvGeeks, hold on: St. Maarten to delay its opening to Americans for another two weeks 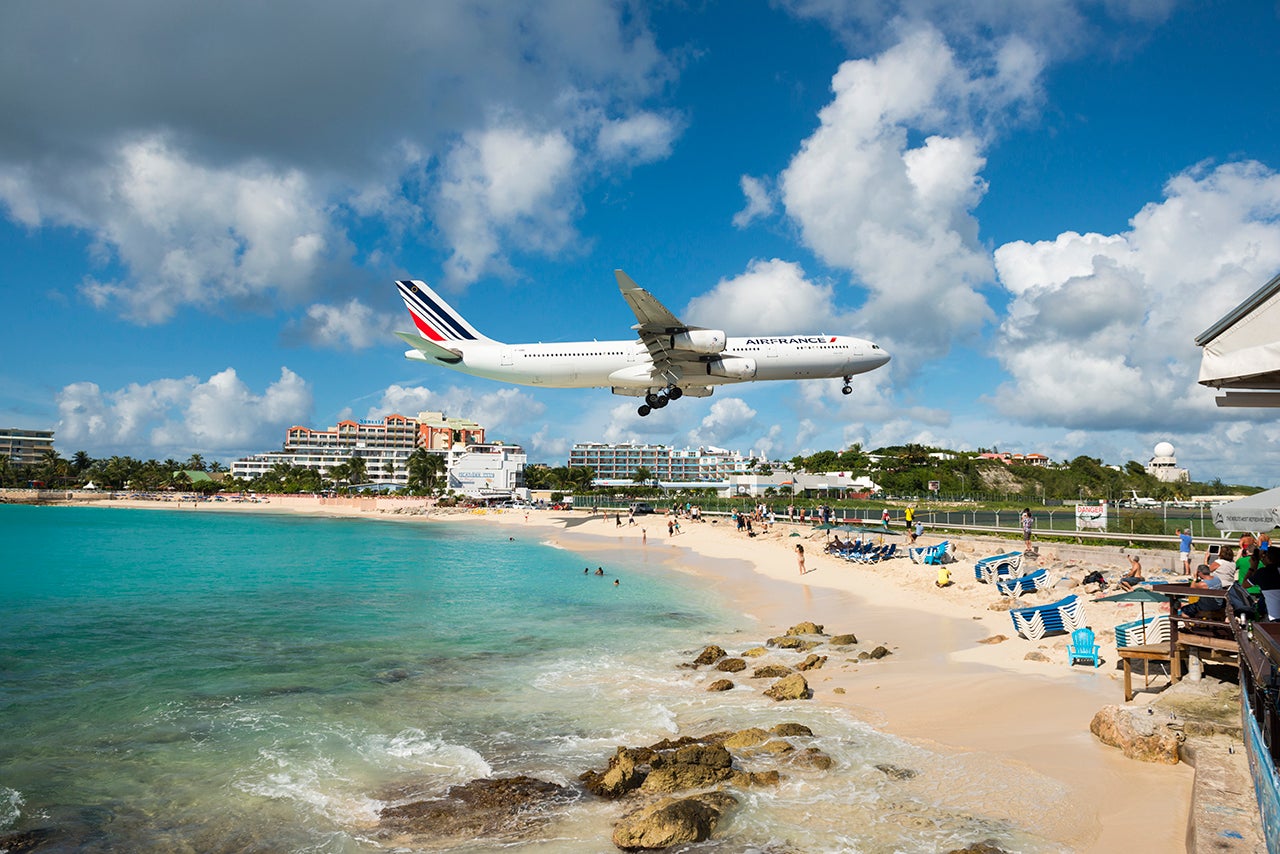 What you need to visit St. Maarten

After closing its borders in March, Sint Maarten/St. Martin is opening to Europeans on July 1. This reopening originally included Americans, but the policy changed late on June 30 for at least two weeks.

The policy change came after the French side of the island (Saint Martin) threatened to close its borders to its Dutch neighbor if flights from the U.S. were permitted to land at Princess Juliana International Airport (PJIA). According to The Daily Herald, this threat may have stemmed from the European Union (EU) keeping its borders closed to Americans.

They began their phased reopening to foreigners in three stages, with most of its Caribbean neighbors already able to visit. But like many other destinations, travelers will find that they are not going to find the ideal vacation away from all the masks and social distancing.

For more TPG news delivered each morning to your inbox including what other nations are open, sign up for our daily newsletter.

Sint Maarten is one of our favorite destinations at The Points Guy because of the incredible plane spotting opportunities at Princess Juliana International Airport (SXM). You can literally stand on a beach and watch planes take off and land from the beach.

According to the official St. Maarten Tourism Bureau, all inbound travelers are expected to adhere to the following safety measures that the local government is instituting:

Local officials have confirmed via Facebook that passengers do not have to take the test within 72 hours prior to travel, as long as they get the results within that time frame. Quarantine and isolation rules are still in effect for anyone arriving on a ship.

How to use Google Flights to plan your next trip

According to Princess Juliana International Airport (SXM), European service will begin on July 5 with Air France service from Paris (CDG). Delta originally planned to resume their flights on July 2, but it has taken down all of its July flights to SXM at the moment — so you will not be able to book with them.

The earliest Delta flight to St. Maarten is on Aug. 6 out of Atlanta (ATL), which means that travelers from outside the area may have to depart on the previous day to catch this connecting flight. Booking on roundtrip main cabin will cost you $757 ($687 for basic economy).

If you are planning to use Delta SkyMiles, there is not a lot of difference in prices between basic economy, main cabin and Comfort+. While using miles for all these cabins became more expensive compared to Delta's pricing for its previously scheduled July flights, flying on first class dropped significantly from 162,000 miles to 98,000. You will also have to pay roughly $90 for taxes and fees.

JetBlue's first flight from the New York area after the two-week period will be on July 17, but flying out the next day can be cheaper. Roundtrip flights will cost roughly $503 or 31,600 TrueBlue points and about $85 in taxes and fees.

Related: Register for the next 'Future of Travel' webinar with JetBlue's President and COO

American is offering a relatively cheaper fare compared to the aforementioned carriers, with roundtrip flights starting at $454 on its main cabin from the three NYC-area airports (LaGuadia, JFK and Newark). Mileage redemption starts at 30,000 miles on main cabin from Newark with about $90 in taxes and fees.

However, you should remember that American recently removed its flight capacity limits — meaning you may not be able to socially distance in air. The airline said it will continue allowing passengers to move to less-crowded flights for no fee when such options are available, and that it will alert passengers when their flights are full.

The cheapest seats seem to come from Spirit in the middle of the month, leaving Fort Lauderdale on July 18 and returning on July 25 for roughly $149. For a roundtrip option from the New York area, Newark (EWR) is the cheapest for roughly $194 — $24 cheaper than flying from LaGuardia (LGA).

United, which usually flies from its Newark (EWR) hub, has not announced plans to resume at this time.

Related: Best ways to Caribbean on points and miles

Several resorts are planning to reopen on July 1, but using traditional hotel points on the island will not be easy. We would recommend using American Express Fine Hotels & Resorts (FHR) benefits at Belmond la Samanna, but they are closed at the moment and will open on Nov. 2.

According to reports from the Caribbean Journal, adults-only Sonesta Ocean Point Resort and the Divi Little Bay Beach Resort are reopening on July 1.

Hotels.com shows more than 1,200 hotels and guest properties with availability during the week of July 1, with many offering discounts at this time. Simpsons Bay Beach Resort and Marina is currently offering discounted prices from $85/night, with a wide range of prices from other places at this time. Not a lot of chain hotels are available in St. Maarten, so if you are paying cash, you could definitely use the travel credit from the Chase Sapphire Reserve card.

Meanwhile, if you're looking for somewhere else to go, check out our country-by-country Caribbean guide for more on when your destination of choice plans to welcome guests.

This story, which was originally published on June 29, 2020, has been updated on July 1, 2020, to include the latest policies from St. Maarten.

Related stories
Bask Bank raises the mileage earning rate on its AAdvantage savings account — what you need to know
Use these Amex Offers to save up to $60 on your next Delta flight
Targeted Premier 1K members eligible for bonus miles when checking in and checking a bag on the United app
Current airline elite status match and challenge options you should know about
Featured image by Getty Images
Editorial disclaimer: Opinions expressed here are the author’s alone, not those of any bank, credit card issuer, airline or hotel chain, and have not been reviewed, approved or otherwise endorsed by any of these entities.