AvGeekery for beginners: How to tell Boeing 787s and Airbus A350s apart

Articles
Mike Arnot is the founder of Boarding Pass NYC, a New York-based travel brand and a marketing consultant to airlines. A private pilot, he can sometimes be found above the skies of New York City.
Follow
Dec. 28, 2020
•
7 min read 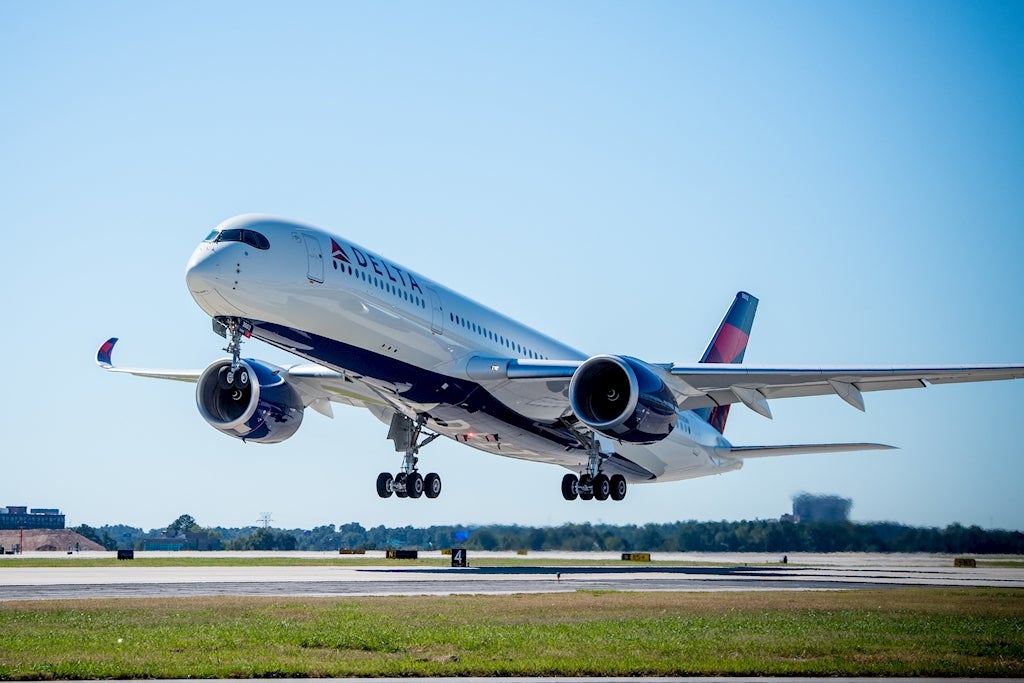 These two aircraft are the two most modern designs to enter the market in the last decade. Even the most jaded AvGeek will get excited at the prospect of a trip on the Dreamliner or the A350. They're made by two different plane makers: Boeing and Airbus, respectively.

Each is gorgeous in its own right, from an aesthetic and design perspective.

Related: How to tell the new A350s apart

Related: What are the different types of Dreamliners?

The easiest way to spot the A350 in the wild? Their beautiful, stark upward-curving wingtips. From the side profile, you can tell they are upward curving, but the curve looks subtle. Head-on, however, they have a very distinctive curvature. In this way, they almost create an optical illusion: all of a sudden — wham — and that wingtip has a sharp curve upwards. The point, of course, is to reduce wingtip vortices.

In contrast, the Boeing 787 has raked wingtips. Boeing designed a wing so aerodynamically efficient that the added weight of winglets or wingtips would outweigh the fuel savings from reducing vortices. Still, the Boeing 787 wing is unique, particularly when gazing out at it from inside the airplane, or from head-on. They seem to trail upwards and backwards just so.

The nose of the Dreamliner is very modern looking, and makes a sleek upward curve to the fuselage. It looks like an airplane version of a bullet train. In contrast, the A350 is less sharp; indeed, it is "derived from the A380," Airbus says, and even underwent a nose job during the design phase to increase the radius near the top of the fuselage.

Related: Why pilots love the Dreamliner

From the front, count the windows. The Boeing 787 is unique among wide-bodied aircraft; it has only four sleek cockpit windows, an innovation from Boeing in terms of weight reduction.

Not to be outdone, when the A350 was released, Airbus' marketing materials showed a sleekly curved cockpit window that looked like a single piece of glass — something designed but never implemented in the actual aircraft. In reality, six windows form a "frowning brow," or a squiggly letter "m," and the windows themselves are surrounded by a black border. To match the marketing materials, Leeham News says that Airbus surrounded the cockpit windows with a painted black border. Leeham also speculates that because the windows are changed from the outside, the black border helps prevents dings to the aircraft livery. This border is referred to as its "raccoon eyes."

And it's becoming an Airbus identifier. The A320neo and A330neo also have raccoon eyes. As more of these aircraft come online, the cockpit windows will help you determine whether the aircraft is an Airbus or a Boeing, but not between variants such as the A350 and A330 in particular, which look similar in this regard.

In a word, the cockpit windows on the A350 are badass.

The Boeing 787 sports the GEnx engine, and the nacelle has a sawtooth pattern on the rear portion, called chevrons. The point is to reduce noise and eliminate excess sound insulation. Other than the raked wings themselves, this is the easiest way to spot a Boeing 787 in the wild.

The Name is On The Dreamliner

At the back of the fuselage, the word Dreamliner is printed prominently. I wish other Boeing aircraft would do the same. It seems like an easy marketing exercise for Boeing, but the airlines also want to control the look and feel of their own livery, and likely do not want to blatantly advertise for their makers.

Related: Review of an Air France A350 flight

Featured image by Chris Rank,Rank Studios
Editorial disclaimer: Opinions expressed here are the author’s alone, not those of any bank, credit card issuer, airline or hotel chain, and have not been reviewed, approved or otherwise endorsed by any of these entities.