AvGeek for beginners: How to tell Airbus A330s and A340s apart

Articles
Mike Arnot is the founder of Boarding Pass NYC, a New York-based travel brand and a marketing consultant to airlines. A private pilot, he can sometimes be found above the skies of New York City.
Follow
Dec. 25, 2020
•
5 min read 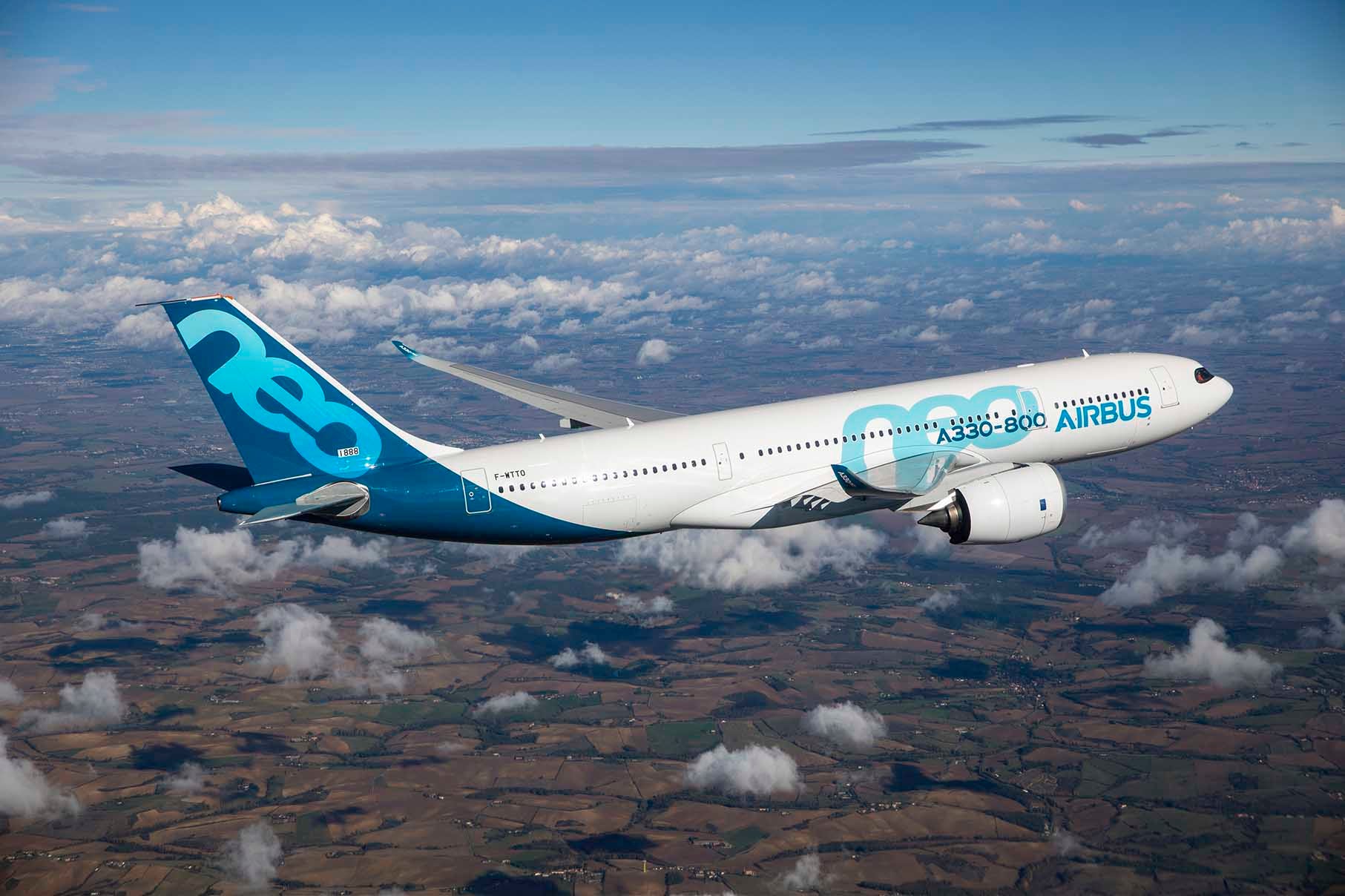 The A330 is a workhorse of long-haul flying today. You'll likely encounter one someday in your travels. It's a widely flown wide-body twin-engine aircraft operated by the likes of Delta, Turkish and Air China.

The A340? She's a throwback to last century; indeed, you may never have seen the aircraft at the gate or at least, very rarely. Swiss Air and Lufthansa are two of the few big airlines still flying the giants.

Many of these planes are parked at the moment due to fall in demand from coronavirus. American Airlines, for example, initially parked its A330s and then in October, it said all its wide-body Airbus planes would be permanently retired.

But there's still a lot of them around, so how can you tell these two aircraft apart?

The A340 has four engines just like the Boeing 747 or the Airbus A380; the A330 has two. And for that reason alone, you're going to continue to spot A330 in the wild, but not the A340. Production of the A340 ceased in 2011. Operators such as Virgin Atlantic, Air France, SAS and South African Airways already have or will eventually phase out the aircraft in favor of sparkling new planes including the A330 and the A350.

The A330 variants, on the other hand, are back ordered.

The A330 comes in four variants where passengers are concerned:

If you look very closely at the A330 models with canted wingtips (the 200 and 300), there are fewer windows between the emergency doors on the smaller A330-200 (12) versus around 17 on the A330-300. That, and the fact that the -300 has a taller tail and is longer are the only physical differences you'll be able to spot. The reason for the difference is simple: the A330-200 is a slightly shrunken version of the A330-300 that was released after the A330-300 — a common practice in aircraft manufacturing when sales taper off or airlines request modifications for their route map.

Related: Air Canada's first A330 with its new business class

But, that's not the case for the new versions of the A330. Newer models of the A330 — the neo — have a slight upwards curve to them but not canted wingtips. It is less pronounced and obvious that the A350 wingtips, almost a cross between the A350 and the Boeing 787's subtle upward curve.

Related: Review of Delta One on their brand new A330-900neo

Finally, and most interesting, are the distinctive raccoon eyes or bandit mask on the A330neo. Read more about the design of the raccoon eyes in our article on the differences between the Boeing 787 and the A350.

At a quick glance, the A330 and the Boeing 767 are similar in look. They're not quite as obvious as the Boeing 777s or A350, but they are larger than the A320 family or Boeing 737. Indeed, they each have a similar mission, being medium-haul widebodies. The easiest way to tell these planes apart other than the typical tell-tales of design is the canted winglets on the A330. The A330 also has a distinctive bulge under the fuselage near the main landing gear. And speaking of landing gear, if you're a close watcher, the A330 landing gear slope back (regardless of whether it's a new or older model).