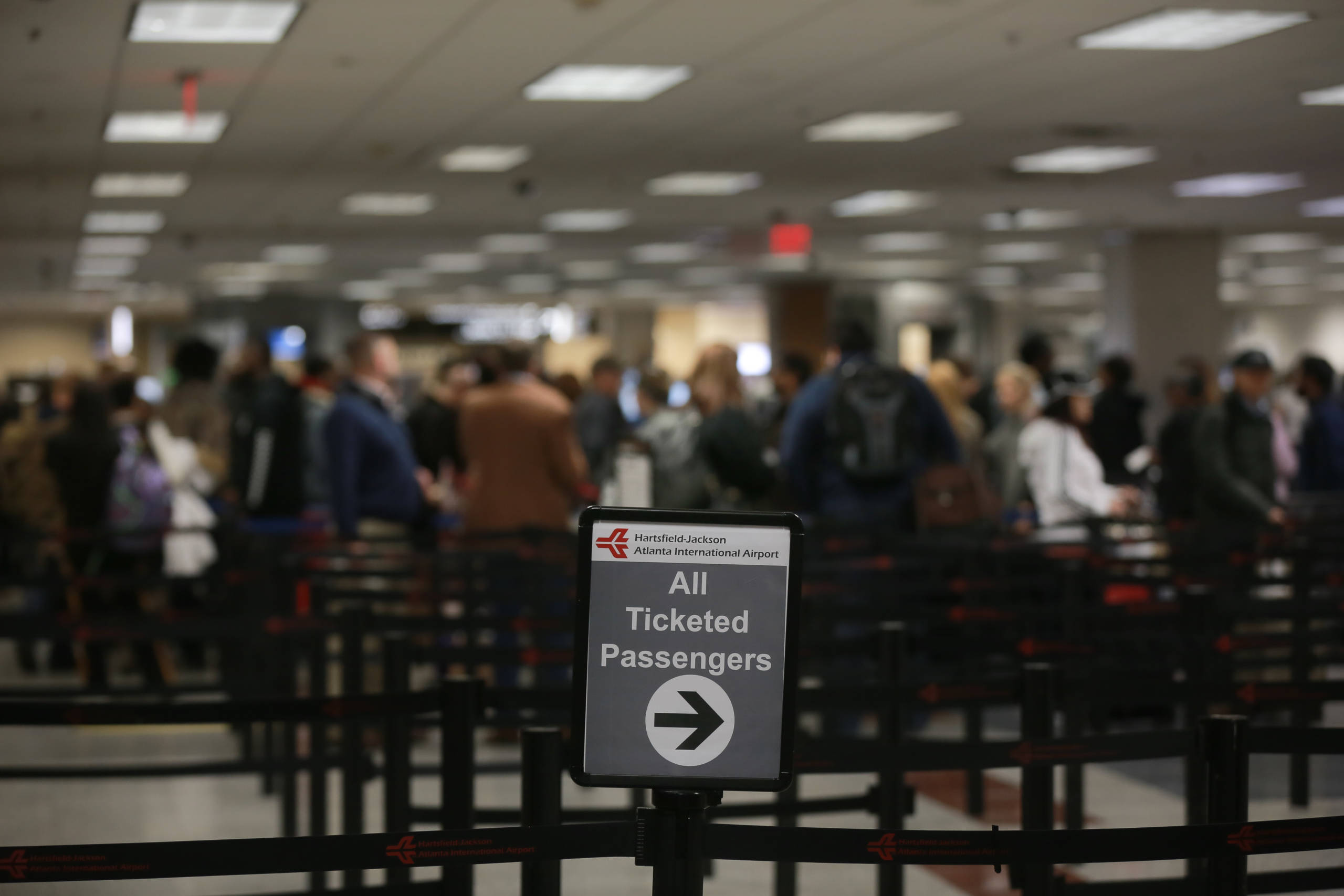 Airlines, airports shift terminals as passenger traffic craters
This post contains references to products from one or more of our advertisers. We may receive compensation when you click on links to those products. Terms apply to the offers listed on this page. For an explanation of our Advertising Policy, visit this page.

Travelers around the U.S. may be heading to different terminals than usual for their flights, as airports consolidate operations to cope with a major drop in demand and a lack of available Transportation Security Administration agents for screening.

The scope of the changes remains fluid as the industry struggles to keep pace with the effects of the quickly-evolving coronavirus pandemic.

For example, at New York's JFK Airport, all passengers now must check in at Terminal 4 after 8 p.m. (8:30 for JetBlue passengers).

Operations at JFK are also somewhat consolidated earlier in the day, with airlines including British Airways, Alaska Airlines and Iberia mostly vacating Terminal 7 and bunking up with American in Terminal 8. Alaska said arrivals after 9 p.m. will continue using Terminal 7 for the time being.

For Oneworld flyers, the changes at JFK offer a preview of what's to come when a redevelopment project there is completed and brings AA and BA together under one roof for good. American and British Airways, of course, are each members of the Oneworld alliance.

Elsewhere in the New York area, Delta has consolidated its LaGuardia check-ins to Terminal C, and United has brought all of its land-side operations to Terminal C in Newark as a result of the TSA closing the Terminal A checkpoint. United is still using gates in Terminal A for some flights, and passengers can take a post-security bus there from Terminal C.

"TSA has seen a significant decrease in the number of travelers flying nationwide," an agency representative said in a statement. "In some cases, due to the desire to maintain social distancing, some checkpoint lanes at airports are not open to ensure passengers are spaced apart by not having two lanes open adjacent to each other."

Other airports are seeing consolidated operations as well.

American Airlines, for example, continues to operate out of all terminals at Dallas/Fort Worth International Airport, but has closed some gates in response to decreased demand.

In Houston, United Airlines has consolidated check-in operations to Terminals C and E, and the TSA has closed the Terminal B security checkpoint.

“We are looking at all the things we can do to save on costs, and this is one of them: consolidating terminals," said David Gonzalez, a United Airlines spokesman. “We’re just doing everything we can to make sure our customers continue to receive the customer service they’re accustomed to from us.”

In Atlanta, the busiest airport in the world by passenger volume, Delta is reducing its footprint at its main hub, scaling back its use of concourses C, D and E, according to the Atlanta Journal-Constitution. In a memo to employees reviewed by TPG, Delta's CEO said the airline is using a runway at ATL for airplane storage. Delta has also temporarily shuttered operations at JFK's Terminal 2, as well as Terminal 3 at LAX.

It's likely that airport operations will remain in flux as airlines continue to cut their schedules.

According to American Airlines, it was operating less than half its network-wide schedule on Wednesday, with 75% of its JFK operation canceled, 70% at LGA and even a 53% reduction at DFW.

For airlines, help getting through the slump is on the horizon, with an aid package worth $50 billion expected to become law by the end of the week. While grants and loans may provide a temporary shot in the arm for U.S. carriers, it remains unclear when demand for travel will rebound, and it's likely that the airline industry will look different for a long time, even after the pandemic passes.