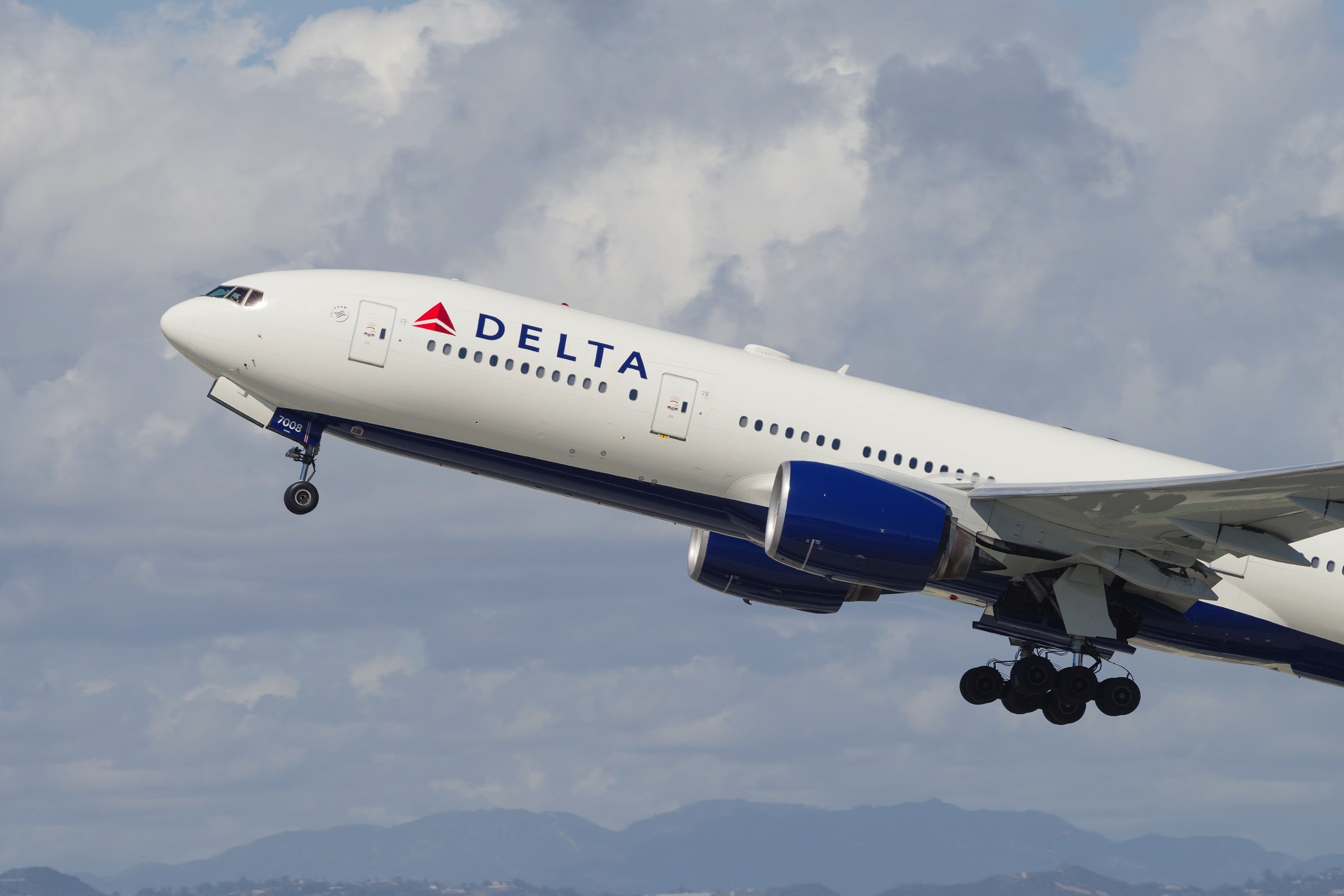 While on a business trip in Charleston, South Carolina, in late May, he learned the first leg of his return trip home to Omaha, Nebraska, aboard Delta Air Lines had been canceled.

Rebooked on another flight, he found out he'd now be departing the following morning, which all but ensured his trip was about to get more expensive.

Kavan booked a nearby hotel, but that wasn’t the end of his expenses. He also had to pay a $30 cab fare to get there from the airport. In all, he estimates the flight trouble cost him north of $200.

While the right travel credit card can be a great way to offset these types of costs, many people can't keep from feeling that, in these types of situations, the airline should pay.

However, feeling like the airline owes you money and actually getting those funds can be two very different things. This feeling can be especially true when you throw in the extremely long wait times you might encounter when trying to talk to a customer service agent, not to mention the vast size of the major airlines.

You might call Kavan's story a success, though: The airline eventually paid him back. But it took months. And his experience carries a few lessons you should keep in mind for future travels.

Understand why your flight was canceled

I’m sure there are plenty of travelers who have requested some sort of reimbursement from an airline, all while fighting a nagging feeling that they will never see a dime.

Kavan had no such doubt, though.

“I had a good inkling that I’d be reimbursed,” he told TPG.

His confidence stemmed from the fact that he’d done his homework on the reason for the initial cancellation.

After getting the notification from Delta that his flight would be canceled, he quickly decided to call customer service. He didn't call them to rebook — as he’d already done that through the app, which is generally your best bet. Rather, he had a simple question for customer service: Why was his flight canceled?

“They told me it was flight staff availability,” he said.

This fact validated his curiosity. After all, when issues outside of the airline’s control — such as weather or air traffic control problems — are to blame, you’re unlikely to receive compensation for additional expenses you incur when a flight is delayed or canceled. It's a different story, though, in cases like Kavan’s, when the airline is responsible for the cancellation or delay. Among other issues, airlines are responsible for mechanical problems and staffing challenges, like in this case and many other cases in 2022.

The federal government has tried to make flyers more aware of which cases might result in reimbursement and what kinds of expenses qualify. To do so, the government created a new customer service dashboard that lays out compensation policies among the major airlines. President Joe Biden touted the recent steps in a Sept. 12 speech, arguing it has led to expanded protections for consumers, although, a trade group for the largest U.S. airlines noted carriers largely had these measures in place already.

For instance, the government's new customer service dashboard shows that Delta passengers are entitled to rebook on another airline at no extra cost in the case of controllable cancellations like Kavan’s. Additionally, affected passengers will receive meal cash or a voucher for three-plus hour waits, complimentary hotel accommodations for unexpected overnight stays and free ground transportation.

But how quickly should that reimbursement come?

Knowing he deserved reimbursement for the costs he accrued for the extra night in Charleston, Kavan filed a customer complaint via Delta’s website shortly after his trip — right at the beginning of June, he told TPG.

Soon after, he began to get some indication that a refund — if he got one at all — could take a little while.

“They said they would get back to me,” he explained. But, "the original email said it would take potentially over 30 days.”

June went by with no refund, then July. He received an email from the airline on Aug. 15 indicating his case was still open.

Finally, on Sept. 1, he got the news he’d been waiting for: a message that Delta had approved him for reimbursement for the expenses he’d incurred during his May travels.

He shared a screenshot of the message with TPG. It indicated he could go to a third-party site to claim his funds within 16 days, or else the airline would just mail a check to him.

Sure, this marked a victory of sorts, but at the same time, Kavan pointed out, “I was kind of surprised how long it took.”

How soon should you get your money?

U.S. Department of Transportation guidelines are pretty clear when it comes to how quickly you should receive a refund for a flight — which you’re always entitled to when your flight is canceled or significantly delayed and you ultimately choose not to travel. The regulations state that airlines are expected to issue “prompt” refunds for those tickets, which it defines as within seven days for passengers who paid with a credit card or 20 days for those who paid by cash or check.

It's a little less clear when it comes to the timeline for getting reimbursed for costs associated with hotels, meals or transportation, though.

Travelers who weighed in on our TPG Lounge on Facebook shared a range of time frames they encountered when asking airlines for reimbursements.

Paul Campbell asked American Airlines for $447 in hotel reimbursement after getting stuck in Chicago and spending a night at the Hilton Chicago O’Hare Airport Hotel on his way home to Texas.

“Took more than 60 days, but got the hotel reimbursement [plus] $250 vouchers for both my wife and me,” Campbell said.

Amanda Bradley said her reimbursement from American for lost luggage likewise took around two months — “and a lot of emails,” she added — after her flight was canceled.

Meanwhile, Wendy Teare added she got reimbursement “quickly and without issue” from Alaska Airlines after her flight from Seattle to Juneau was canceled earlier this year due to staffing shortages.

“They also emailed me a flight credit for the delay,” Teare added.

When asked by TPG, the DOT did not give specific reimbursement timelines for these sorts of cases, but a department spokesperson said airlines can be held accountable for “failing to provide promised reimbursements within a reasonable period.” It is worth noting, Kavan had not received a promise of reimbursement during the time he waited; rather, he was waiting on a decision on whether he'd receive anything.

“Travelers who don’t receive the service within the time frame that they expect may file a complaint,” the DOT added, pointing to the Office of Aviation Consumer Protection, which evaluates complaints “based on the facts of each case.”

“OACP would be concerned if complaints allege that an airline took months after the airline has received the requested cost information from a consumer to provide a reimbursement," the DOT told TPG. “We will pursue enforcement action against airlines should we find air travelers’ rights were violated.”

A department spokesperson also reiterated recent comments from Biden and Transportation Secretary Pete Buttigieg that additional regulations could be on the horizon.

As for Kavan’s three-month wait for reimbursement from Delta, the airline told TPG “we do sincerely apologize for their experience, and will continue to look for ways to enhance the customer experience.” Delta's agents are empowered to make quick decisions on refunds and reimbursement, according to the carrier, which reports it has also refunded more than 11 million tickets totaling $6 billion since 2020, a fifth of which has come in 2022 alone.

It's always a good idea to know why your flight is canceled and delayed — it can help you decide whether to seek reimbursement for certain costs you incur. While federal guidelines clearly state that eligible travelers should get ticket refunds within a week, it's less clear about timelines when it comes to reimbursements for expenses like hotels, meals and ground transportation. However, the federal government clearly doesn't think it should be a lengthy wait.

Featured image by ANGEL DIBILIO/SHUTTERSTOCK
Editorial disclaimer: Opinions expressed here are the author’s alone, not those of any bank, credit card issuer, airline or hotel chain, and have not been reviewed, approved or otherwise endorsed by any of these entities.

Our points-obsessed staff uses a plethora of credit cards on a daily basis. If anyone on our team wouldn’t recommend it to a friend or a family member, we wouldn’t recommend it on The Points Guy either. Our opinions are our own, and have not been reviewed, approved, or endorsed by our advertising partners.
See all best card offers
Related stories
Guide
6 reasons you’ll want to book a balcony cabin on your next cruise
Guide
60,000-point bonus for a top travel card: Chase Sapphire Preferred credit card review
News
Disney offers 1st public discount on Star Wars: Galactic Starcruiser 'hotel' packages
News
Register now for United’s latest Mile Play promotion