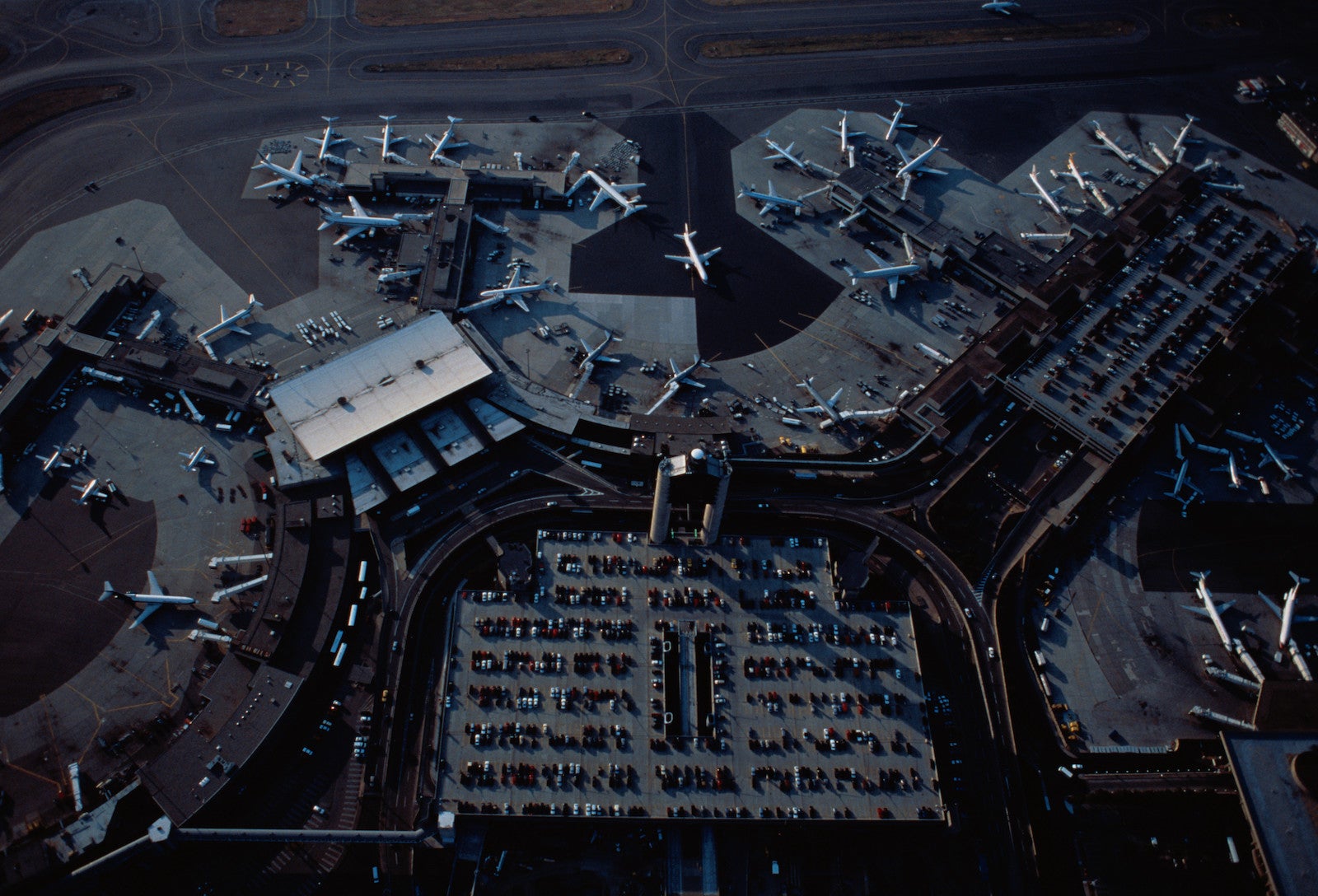 Once famous — or perhaps infamous — for his comments as vice president likening New York’s LaGuardia Airport (LGA) to something seen in a “third world country,” President Joe Biden held the airport up as an example of progress Monday, while offering a sobering — if less rhetorically pointed — assessment of airports and air travel in America.

“It’s turning into a world-class airport again,” Biden said of LaGuardia while contrasting the airport and its recent multibillion-dollar makeover with other terminals across the country in a speech that also saw him celebrate what he called a "crackdown" of his administration on airlines.

“Today, not a single, solitary American airport — not one — ranks in the top 25 of the world,” Biden said. “What the hell is the matter with us?”

The president’s comments came at Boston Logan International Airport (BOS), which is set to get $62 million for improvements as part of the 2021 federal infrastructure bill; the largest piece of the funding the Federal Aviation Administration earmarked for airport terminal upgrades this summer.

At Logan, the money will go toward expanding and improving the baggage claim, ticket counters, gates and jet bridges inside Terminal E, the international terminal, in hopes of easing overcrowding — a problem, Biden argued, that has helped fuel the sort of issues with which passengers grew all too accustomed in recent months.

“It means crowded gates, longer taxi times, airplanes full of passengers just waiting, all of which is causing congestion and flight delays,” he said.

In a speech ostensibly about infrastructure, that comment proved to be a segue of sorts into the latest round of criticism of airlines.

After airlines faced criticism in recent months from U.S. Secretary of Transportation Pete Buttigieg, Biden touted recent steps by his administration in the name of passengers’ rights.

As TPG reported earlier this month, the U.S. Department of Transportation just created a dashboard that specifies airlines’ policies for things like hotel, meal and ground transportation reimbursement, as well as rebooking, in the case of cancellations and delays within the airline’s control.

The move came after complaints regarding airlines spiked this year, and following a summer that saw the five largest U.S. carriers cancel more than 27,000 flights and have more than a quarter delayed amid staffing challenges, weather disruptions and air traffic control issues. All of this happened while airlines simultaneously faced the biggest wave of passenger traffic in three years.

The Biden administration has argued the creation of the website prompted carriers to clarify or improve policies surrounding compensation in the event of delays and cancellations that are the airline's responsibility.

“Last month if your flight was canceled or delayed, no top airline guaranteed covering your cost of hotels and meals," Biden said Monday.

Airlines for America, a trade group for large U.S. airlines, argued the protections spelled out on the new dashboard are "not new," though.

"Rather, many airlines have formalized existing policies," the organization told TPG in a statement late Monday afternoon.

Meanwhile, Biden amplified recent suggestions from Buttigieg that future, additional airline regulations could be on the way.

“We’re going to get more rules in the works to protect airline passengers even further,” Biden said.

While it remains to be seen exactly what those rules could entail, Buttigieg has provided clues in recent months, particularly when it comes to his comment about allowing families to sit together on flights.

"Every step moves us further towards passengers being more protected,” Buttigieg told TPG in a recent interview.

While we’ve heard a lot from Buttigieg in recent months, we got a better sense Monday of exactly how the president feels about the state of air travel in America, and it’s not an especially glowing assessment.

Between billions of dollars budgeted for airport terminal improvements nationwide and the likelihood of additional, future regulations levied on airlines, at the very least, it appears changes are coming in both the short- and long-term future.

Related stories
First, Club Suite and the rest: Flying the British Airways 777 in all 4 cabins
10 best hotels to see the northern lights
You won’t want to miss New York City’s newest immersive art space
New welcome offers: Earn up to 150,000 points on these Marriott Bonvoy credit cards
Featured photo by GETTY IMAGES
Editorial disclaimer: Opinions expressed here are the author’s alone, not those of any bank, credit card issuer, airline or hotel chain, and have not been reviewed, approved or otherwise endorsed by any of these entities.